Yom HaShoah week is a fitting time to highlight Israel’s Violins of Hope, its treasured musical tributes, and a group of Christians who are also focused on remembrance. Founded by Amnon Weinstein, he lovingly restores violins which lasted through the Holocaust. In their Tel Aviv workshop, Amnon and his son Avshi touch the violins with their skillful hands to help the violins sing again in concerts which win international accolades. Amnon is considered one of the world’s foremost luthiers. His medals and memberships internationally are extensive.

South Carolina’s state motto “While I breathe, I hope,” is also fitting with its group of citizens will lift up its meaning to new heights. A volunteer committee, both Jews and Christians, are already making sure the violinists who played their instruments while trapped in hell on earth will be remembered. The violinists uncovered beauty in the cavernous darkness of despair. Each violin has a story.

The South Carolina team began planning in late 2019. They are now in full swing for the Violins of Hope concerts and seminars since Covid-19 restrictions are easing. The statewide events will begin during Holocaust Remembrance week April 27/28, 2022. Violins of Hope’s restoration project now stands at more than eighty instruments. Its magnificent collection of Holocaust violins honors their owners who perished and those who survived. Amnon has gathered them since 1996.

“Our violins represent the victory of the human spirit over evil and hatred.”
Amnon Weinstein

Moshe Weinstein, Amnon’s father and mother made Aliyah from Poland in 1938 where he was a violinist and luthier. Amnon was born a year later in British Mandate Palestine. Moshe began his violin business and worked for the new Palestine Symphony Orchestra. It later grew into the Israel Philharmonic Orchestra. For fifty years after he made Aliyah to Israel, Moshe had unintentionally collected violins from Holocaust survivors-or relatives of those who perished. He, nor survivors, or family members who brought the violins to his shop could bear the grief. The violins collected in a corner of his workshop.

The Weinstein family themselves had lost four-hundred relatives during the Holocaust. When Amnon grew older and took over his father’s business, he also suffered a shock on a particular occasion. In his workshop one day, he opened a violin case and saw ashes inside. Finally, a few years later, Amnon gained the courage to restore the orphaned violins and to tell their stories. He created Violins of Hope in 1996 with the first concerts beginning in 2005.

Seven thousand miles away, South Carolina’s remembrance project began as a seed. It germinated after Ellen Benik Thompson attended an Amercian Israel Public Affairs Committee (AIPAC) Policy Conference in Washington, DC. in 2018. Ellen is an active member of AIPAC, and a Christian member of their National Council. The Violins of Hope were played at Policy Conference in the Verizon Center for 18,000 attendees. Ellen, a Myrtle Beach, South Carolina businesswoman was an advocate for Israel decades before her AIPAC membership. 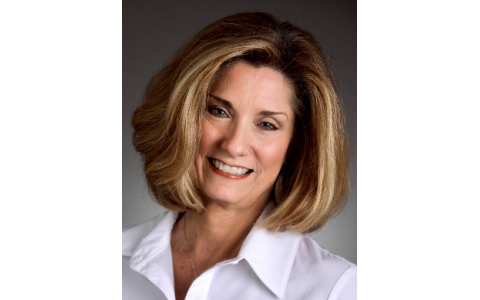 Ellen sat mesmerized and in tears during the beauty of what she heard and the significance of what she learned. She brought her dream home to Myrtle Beach to invite Violins of Hope to her state.

“Violins of Hope is more than music. Their sounds bring lost dreams to life, creating beauty from ashes and strength for future generations.” Ellen Benik Thompson

Ellen began meeting with Christians and Jews in several southern states to learn from them about the events they hosted. She met Avshi Weinstein at one of the concerts in Tennessee where they set a date for 2022. Afterwards, she set about to organize a volunteer Executive Committee. The locations for events grew into three more South Carolina locations in addition to Myrtle Beach: Charleston, Columbia, and Greenville/Spartanburg.

Now South Carolina’s Liaison for Violins of Hope, Ellen and her team are actively engaging volunteers and leaders in South Carolina, including Jewish, Christian, Hispanic, and black communities across the state. They are also contacting a wide range of churches, pastors, synagogues, rabbis, venues, media, legislators, businesses, schools, universities, potential donors, and foundations.

More organizations and speakers will join with Violins of Hope for their 4-week itinerary in South Carolina. Varna International, which specializes in large-scale, artistically rich, and customized choral-orchestral concerts will perform with Violins of Hope. It’s the first time that the two internationally acclaimed performance companies will play together. Kalin and Sharon Paz Tchonev founded Varna International influenced by the histories of their own countries-Bulgaria and Israel respectively. They are headquartered in Columbia, S.C.

Uniting under the timeless emblem of South Carolina’s motto, “While I breathe, I hope,” these once-in-a-lifetime musical programs will honor both the Jewish violinists who perished in the Holocaust and commemorate the rescue of 49,000 Bulgarian Jews from the Nazi death camps in 1943.

Dr. James A. Grymes, author of the book Violins of Hope: Instruments of Hope and Liberation in Mankind’s Darkest Hour has also agreed to share talks about his excellent book which featured the stories of each violin. He is an internationally acclaimed musicologist and professor at University of North Carolina Charlotte. Statewide musicians is South Carolina will awaken the Israeli restored violins to pay tribute to their owners. Dr. Grymes notes, “It’s quite profound for an audience to hear the past cry out and see the performers react to holding these violins. They can physically sense the person who once played it.”

The South Carolina-hosted concerts in large and small venues-with seminars and museum-quality displays-will convey matchless beauty and motivation for all ages and communities to stand together for what is right. Their state motto, “While I breathe, I hope” will encompass new meaning in Spring 2022 when it honors the Jewish community in ways that they pray will offer the comfort of friendship statewide.

Pro-Israel Christians have not forgotten the genocide of the Jewish people. They want to be part of “NEVER AGAIN” especially when “NOW AGAIN” is making its evil encore on the world’s stage. 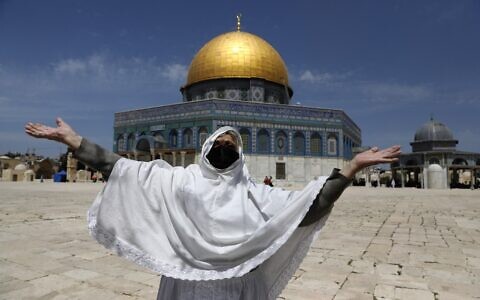