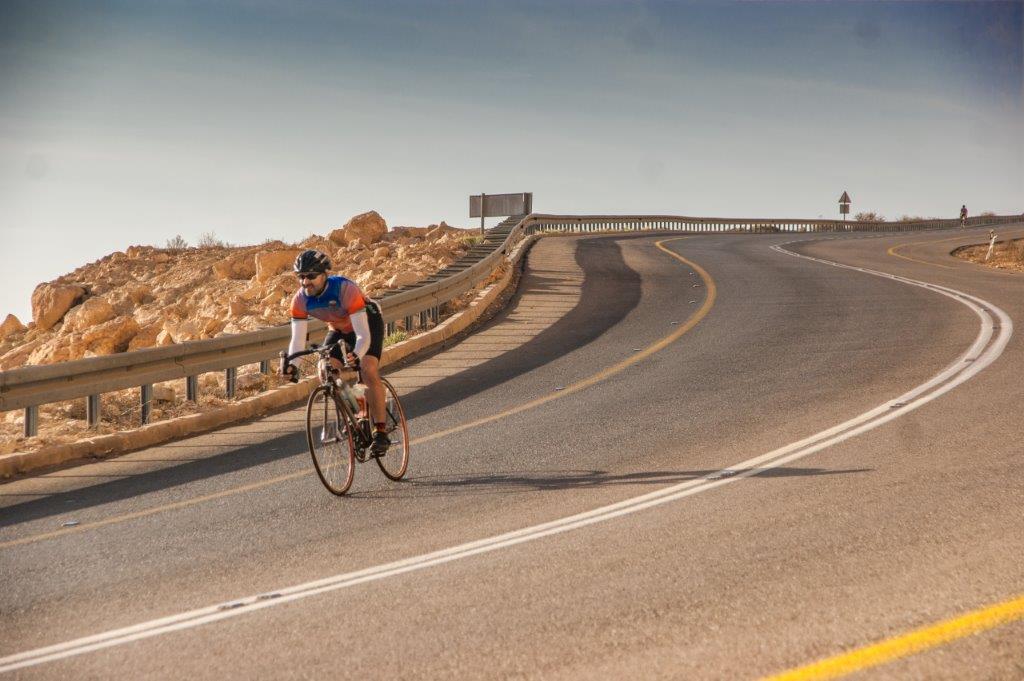 I have descended the mountains of Jerusalem at 45 miles per hour on a bicycle on the Israel Ride, I have flipped upside down at 75 miles an hour on a roller coaster, but I was not really prepared for driving with my teenager.

It has been a different challenge to sit in the front passenger seat, not that my teen is a bad driver.

She is actually quite good – but I am not always the best passenger and occasionally, I have squirmed a bit or bit my tongue, or stomped on an imaginary brake pedal.

In the Waltham Driving School course for parents, the presenter encouraged us to narrate the decisions we make as drivers, and to comment on other drivers when they are not driving correctly.

A couple of weeks ago, a car illegally made a left turn and cut me off right in front of a police cruiser.  I turned to the officer and gestured, “Aren’t you going to give him a ticket.”  He kind of shrugged, waving that this offense did not reach his threshold for an infraction.  Nothing more I could do to teach that driver a lesson – I felt a bit disempowered. 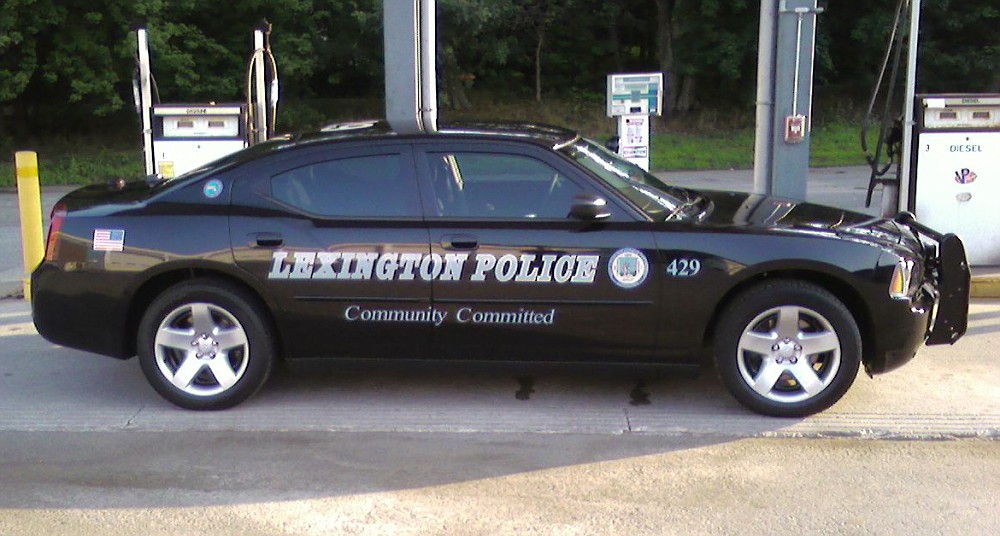 I thought I was speaking out for what was right in driving, but these days we need to speak out on a host of issues that need to be called out.

Even more seriously, we have learned much about speaking truth to power and standing up for those who have been victimized, especially when their victimizer is the one in power.

Thanks to the New York Times reporting from a few weeks ago, we learned the truth about Harvey Weinstein and his despicable behavior.  Similarly, we have learned of other behavior that has included rape, sexual harassment, and groping.  The pattern has been strikingly similar – men in powerful positions have utilized their seniority to touch, harass, exploit, harm, or manipulate women who do not have the power to defend themselves.

Since then, many women have finally felt empowered to speak out.

We send a message to those who have been treated in such a manner, that we stand with you.  And while there are layers of complexities and nuances to these stories of abuse, there is a terrible misogynistic core that our society, if not the entire planet, needs to think about more seriously.

I want to focus on the aspect of speaking out.  In the Harvey Weinstein case, for example, there were people – men and women – who knew of his disgusting and abusive behavior and they did nothing.  While his behavior should be called out, let us not overlook those who knew something wrong was taking place, but did not act, but were silent. The rabbis of the Talmud teach us: Shtikah k’hoda’ah dami – silence is acquiescence.  Our silence in the face of wrong behavior means that we accept the immoral action.  Silence in the face of evil, is not just terribly wrong, hurting the victims of those actions, but it also encourages this behavior to continue, creating future victims.  We learned of this in the Harvey Weinstein case as he went on to abuse other women.

In today’s Torah reading, we are presented with the complex human character of Abraham.  He is presented with a series of moral choices.  In Parashat Lekh L’kha, Avram, who is to become Abraham, passes off his wife, Sarai, as his sister when he fears for his own life.  She ends up in Pharaoh’s house.  Not the safest place for a beautiful woman, nor the best moral choice for her husband.

Later on, during a war, Abram is offered the spoils.  But he refuses it – choosing the moral high ground, making a better moral choice.

And then, when his wife Sarai is jealous of Hagar and her son, Yishmael, Abram accedes to her wishes to send them out of his household with little food and water.  Again, not the right moral choice.

Next week, we see a different kind of leadership from Abraham.  After God has told him about the terrible sins of the people of S’dom and Amorah and their future punishment, Ab/vraham, stands still before God’s Presence: “V’Avraham odenu omeid lifnei Adonai.”

In this pause, he considers what action to take.  Very different from Noah, who in last week’s reading accepts God’s judgment that the world is so sinful that it must be destroyed by a great flood.  Noah never objects, preferring to focus on how he can save his family and the animals.

Famously, Avraham argues/pleads with God not to destroy these cities because righteous people also live there.  Bargaining with God, he pushes the Almighty to accept that the cities should not destroyed even if there are only ten good people living there.

Avraham speaks out before God for what he feels is right.  That took courage and hutzpah, challenging the Divine.

But the best example of this type of moral leadership occurs with Moses after the sin of the Golden Calf.  The Torah relates that God wanted to destroy the Israelites and begin again with Moshe.  This sounds very much like the offer made to Noah.

But Moshe does not take it at face value.  Instead, he speaks out against God.  He does not accept the punishment that he deems too harsh; he speaks out.  And he does not utilize Avraham’s strategy of saving the people on behalf of the righteous.

He understands that the people are not, in fact, righteous – they have behaved poorly; but they should be given another chance.

The rabbis in the Talmud in Masekhet Berakhot (32a) expand this narrative in a remarkable manner.

Amazingly, the rabbis portray God as an abusive father, the kind who beats his own son, threatening to kill him.  The son represents the Jewish people.

“At that moment, a well-wisher of the king, an admirer, was sitting before the king and witnessed the entire event, and was afraid to say anything to the king about the excessive beating.  Meanwhile, the king said to his son: Were it not for this well-wisher, [this admirer] of mine who is sitting before me, I would have killed you.  Upon hearing this, the king’s friend said to himself: This is clearly a sign that this matter, rescuing the son from the hands of his father, is dependent upon me. Immediately he stood and rescued him from the king.”

This is one of the most remarkable narratives in rabbinic literature.

First, it is brutally honest in its depiction of the Almighty in the Torah.  The rabbis call out God’s behavior; it’s wrong and it’s abusive.

And then Moses, has the gall, the hutzpah – to stand up to God and call out this abuse.

It’s wrong and Moshe realizes that although he is the king’s “ohav – admirer,” the safety of this “boy” in the story; “the Jewish people” in reality, is up to him.  There is no one else.

Even though he feels powerless to speak up, he realizes that he has to do so for the sake of the Jewish people.

He prays to God so powerfully that the people are saved.

As the Talmud describes it in a later midrash, Moses took God by the shirt and shook God until God backed down.

It’s an amazing story about power dynamics, anger, abuse, and the need (literally) to stand up for those who are in danger.

In many instances, there is no one else around.  If we do not stand up and speak truth to power, then abuse will continue.

There were sixteen former and current executives and assistants at The Weinstein Co. and at Miramax who either witnessed or knew of Harvey Weinstein’s behavior, but they did not speak up.

This occurs in the most powerful places in our society all the way down to the playground.  It is there that we teach our children to be upstanders who do not tolerate bullying, exclusion, or mean behavior.

It starts by being strong enough to speak out when something is not right.

As my friend, Rabbi Jacob Blumenthal wrote: “Weinstein is a story about power and abuse, and, even more so, the ability to intimidate so much that no one would speak up.”

And this took place over a thirty year period!

“Others enabled and empowered him; the press played the game as well.  His abuse was whispered about, but no one took the chance to speak up.  And the few who did (mostly women, early in their careers), were ignored, and were often squashed or their careers slowed down until they succeeded only by virtue of sheer talent.

“Our job is to see abuses of power and stand up, speak up, and speak out, even when we feel powerless to do so.  To seek allies, to maintain a clear moral vision, and not to become slaves to personal gain (Moses turns down a big promotion; an offer to become the new father of the Jewish people),” we should not place ourselves before defending the vulnerable or those who deserve justice.

May we be as brave as Moshe, becoming upstanders who can call out unjust behavior – speaking truth to power.

About the Author
For the past seventeen years, David Lerner has served as the spiritual leader of Temple Emunah in historic Lexington, MA, where he is now the senior rabbi. He has served as the president of the Massachusetts Board of Rabbis and the Lexington Interfaith Clergy Association. He is one of the founders of Community Hevra Kadisha of Greater Boston, ClergyAgainstBullets.org and Emunat HaLev: The Meditation and Mindfulness Institute of Temple Emunah. A graduate of Columbia College and ordained by the Jewish Theological Seminary where he was a Wexner Graduate Fellow, Rabbi Lerner brings to his community a unique blend of warmth, outreach, energetic teaching, intellectual rigor and caring for all ages.
Comments
Advertisement