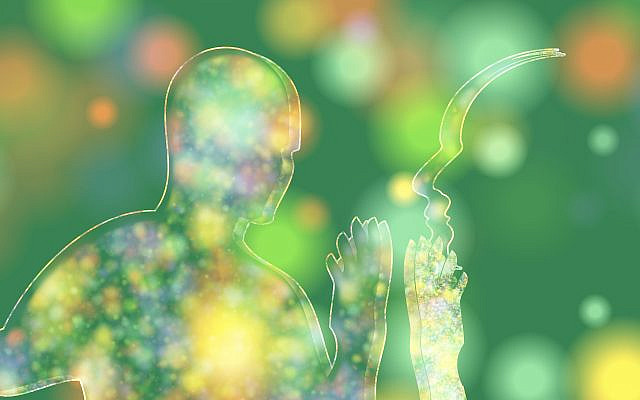 Moshe complains to God that since speaking to the Israelites things have only gotten worse. God tells Moshe to return to the people and tell them that God will redeem them from Egypt and take them to be God’s nation. The people, however, are deaf to this message due to their hard labor. Moshe then returns to God and challenges God – If the people will not listen to me, then “וְאֵיךְ֙ יִשְׁמָעֵ֣נִי פַרְעֹ֔ה וַאֲנִ֖י עֲרַ֥ל שְׂפָתָֽיִם – how will Pharaoh listen to me, seeing as I have uncircumcised lips.” (Exodus 6:12).

The Zohar raises a sharp question on this verse. When God initially sends Moshe, God tells Moshe that he need not worry about his heavy speech, “for I will be with your mouth.” If so, says the Zohar, how does Moshe, here, believe himself to be unable to approach Pharaoh due to his uncircumcised lips?

The Zohar’s answer is a shocking one. It was not just Bnei Yisrael who were enslaved and in exile. Speech itself was enslaved; dibur was in exile. Moshe was unable to speak articulately because the very power of speech was no longer free.

As slaves, there is no way that the Israelites could truly speak. How can a slave express his deepest sense of who he is? Without autonomy, a sense of the past and a sense of the future, without any narrative to explain the arc of his life, how could he do anything but simply talk? Speech, an expression of self and of meaning, is beyond the grasp of a slave. When Bnei Yisrael cry out to God, we are told that they cried, but not that they prayed. They couldn’t articulate their hopes, frustrations, and desires for a better future. They could only moan out in pain. There was only kol, sound, but not dibur, not true speech. Speech itself was in exile.

When was it redeemed? The Zohar teaches that this was at the moment of Har Sinai. “The Lord spoke” — va’yidaber — “all these things, saying” (Shemot 20:1). God speaks to the Bnei Yisrael and declares “אנכי ה’ א-להיך – I am the Lord your God.” The ultimate statement of existential meaning. And then the Ten Commandments – the directives of how to live a life of purpose. The giving of the Torah at Har Sinai was the redemption of speech.

The exile of speech is experienced not just by the people, but by Moshe himself. It occurs whenever there is a rush to grab on to the surface of the words – the kol — without attempting to plumb their depths, to listen more closely, to understand more profoundly what is being said.

Moshe tells God that the Bnei Yisrael will ask, “Who is this God that has spoken to you, what is God’s name?” God responds with an answer of great philosophical and theological power, “eheyeh asher eheyeh, I am who I am.” And yet, when Moshe delivers the message to the people, they have no questions about God or God’s name. They are immediately ready to believe. God sent you to redeem us? Great! We are on board! On one level, this is a sign of emunah, of belief. But on another level, it is a jump to embrace the kol, the surface. They have no need to hear the dibbur, to understand what this is all about, who is this God and why is God redeeming them. They are ready to listen to the kol and move forward.

It was for this reason that the people were so easily discouraged when Pharaoh responded to their demands by increasing their workload and enslavement. Lacking a deep connection to the purpose of and a belief in the ultimate message, the people couldn’t hold onto it in the face of adversity. Their overeager readiness slipped away just as easily as it came to them in the first place. 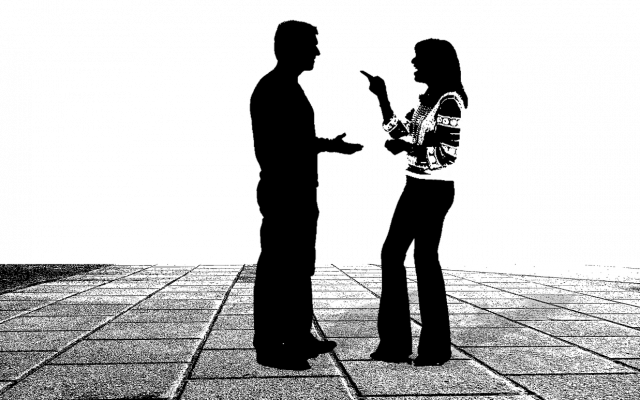 And so it is with Moshe and Pharaoh — it is all kol, no dibur. Moshe makes no attempt to explain who this God is who sent him. It was simply — the God of the Hebrews wants us to worship Him and bring sacrifices in the desert. This declaration lacked meaning for Pharaoh, and Moshe was immediately dismissed.

Why, we may ask, was speech in exile for Moshe? He was not of “shortness of breath,” and not under the burden of slavery! Why couldn’t he say what needed to be said?

When no one is listening, we won’t bother — or even be able — to truly speak. Sure, words will come out, but it will be merely kol, surface words. Dibur will only happen when someone is ready to listen. When another person truly wants to know what we have to say and what is going on for us on a deep level, then we can access our inner selves and communicate through dibur, and not just kol.

In our lives dibur is so often in exile. We are easily able to engage the kol, but we are so often averse to digging deeper. It is no small thing to speak with a dibur and to invite and make the space for the dibbur of another. The redemption of dibur takes work.

This goes beyond the difference between hearing and listening. We might be listening and paying attention, sure, but all the while listening to the wrong thing. Spouses will sometimes get into a big fight about nothing — why didn’t you take out the garbage, why were you late picking up the kids — and there will be much heat and emotions expended. But often, when the temperature in the room goes down, and people are able to really talk and really listen — then the true dibbur can come out. “What was that really about? Why does this bother you so much? What’s really going on?”

My bracha for all of us is that we should all be able to move beyond the kol, beyond the exile of dibur. That we find the redemption of our speech in our arriving at Har Sinai, in connecting to the thing that speaks to the essence of who we are. And that we are able to overcome the challenge of “and they did not hear,” to become true listeners, and to thereby redeem the speech of others.