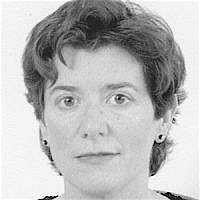 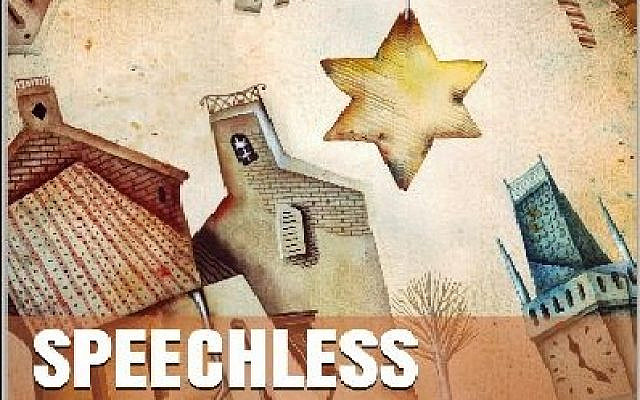 For the last six years, British Jews have been experiencing a growing anxiety. Watching the rise of 21st century antisemitism is a surreal experience, and my dystopian Jewish novel, ‘Speechless‘, was born out of my dismay. Jews whose friends are conservative have perhaps not met with any major changes in their immediate social circles, but many, if not most of us on the left have been completely knocked sideways– especially those of us who spend a lot of time online. Having spent my life as a moderate leftist, my own social world has changed beyond all recognition. My dystopian Jewish novel, ‘Speechless‘, was born out of my loneliness, anger and frustration with this hateful new world, in which friends and colleagues tell me that powerful and malevolent ‘Zionists’ are controlling the banks, the ‘narratives’, the government and the international ‘strings of power.’

It occurred to me to write a Jewish Dystopia because my life in Britain has felt increasingly dystopian ever since the 2014 Gaza war. I have been hearing the same stories over and over again from desolate leftist Jews who thought we belonged in the Labour Party, and that it was our political home. We did not expect this wave of Jew hate to sweep over our country and– more painfully– through our social circles. I started blogging for the Times of Israel several years ago, but I needed to write something different. For many years now I have been very taken with the new genre of modern dystopian fiction, and finally I decided to write my own. I now want to write a bit about the literary background to my novel.

When I look around for discussion and analyses of modern dystopian fiction, all I find is contempt for this new style of writing– perhaps because, unlike earlier dystopias, the modern dystopias are aimed at women. In particular, they are written for teenage girls. Many are formulaic, but it’s a formula that has wide appeal. Why might this be?

Jill Lepore writes in The New Yorker, ‘Dystopia used to be a fiction of resistance; it’s become a fiction of submission, the fiction of an untrusting, lonely, and sullen twenty-first century, the fiction of fake news and infowars, the fiction of helplessness and hopelessness. It cannot imagine a better future, and it doesn’t ask anyone to bother to make one. It nurses grievances and indulges resentments; it doesn’t call for courage; it finds that cowardice suffices. Its only admonition is: Despair more.’

I vehemently disagree with this summary. Dystopian fiction used to be about men’s resistance, and with characters like Winston Smith– who perfectly fits the description of a modern incel– there is often nothing in these stories that would appeal to young women. Modern dystopias are different. They are formulaic, but that’s what makes a genre, and it’s not a good reason to dismiss them out of hand.

The formula generally goes something like this. There is a huge and destructive war, or climate change wreaks havoc, or there is a plague– whatever the cause, the catastrophe wipes out civilisation as we know it. (Alternatively, the novelist may start fresh, on another planet.) In any case, society has re-formed on a smaller scale, but the new society is repressive and totalitarian. Often, it is a community in which people can only express one aspect of their personality. In the Divergent series, teenagers have to choose between five groups, including Abnegation, which values altruism and self-sacrifice, Amity, which values friendliness, Candour, which values honesty, Erudite, which values knowledge and intelligence, and Dauntless, which values bravery. They are only allowed to be defined by one characteristic. In the Delirium series, love is regarded as a disease, and teenagers are required to have an operation that prevents them from ‘catching’ this dangerous contagion.

The totalitarian system crushes the spirit of our heroine (it is almost always a heroine). Her society, and her parents, expect conformity– but she is failing to live up to expectations, and there are dangerous consequences for failing to conform. In Divergent, to become ‘factionless’ is to be cast into homelessness and poverty. In Delirium and The Girl Who Dared to Think, people who refuse treatment or do not keep their emotional ‘levels’ at the required standard are imprisoned, tortured, and may be murdered by The System.

The heroine finds love on her search for freedom, and together the young couple will discover that there are other ways of living, in which they can more fully be themselves. Our young hero and heroine join the Resistance, either by chance or by necessity, and they learn new skills, and discover new aspects of their own and each other’s personalities. To their dismay, they also begin to discover flaws in the rebellion. Opportunities open up for them, but increasingly, the young people are forced to choose between two bad alternatives. With no clear choice between good and evil, the lovers may take opposing sides in the inevitable battle– but are usually brought together again by love and loyalty. In the end, they discover that the world is deeply flawed, and all our decisions are also flawed, because our options are almost invariably between two choices that are a mix of good and evil. There is no perfect political party, no perfect world, and no perfect life.

In essence, the author is saying, ‘welcome to the real world.’ These novels are coming of age stories, in which young people learn that there is no unconvoluted utopia, and choosing between bad and worse is an unavoidable part of adult life.

What is it about these novels that is so appealing to teenage girls? I think they see themselves in these restrictive worlds. Young people are trapped in schools, where their ‘levels’ are constantly monitored and they are subjected to frequent testing. They do not make the rules, and only some aspects of their personalities are regarded as acceptable. Their choices are constricted, their world is confined, and it often seems totalitarian. It is difficult to fit in and to achieve what is expected of them, but failure has serious consequences, as teenagers are constantly reminded by their parents and teachers. Poor grades will result in terrible jobs, poverty, and the impossibility of obtaining their job of choice. If they fail, they will become ‘factionless’.

Given that these books are aimed at teenagers and the Young Adult market, what is it about them that is so gripping to adults, and particularly to women? I think it is that we too live in a world where only part of our personality is acceptable. We are hemmed in by rules that we do not make, and although there are alternative political systems, when we look at history and at other countries, we see that there are no utopias out there. All our choices are complex, and there is no perfect solution. However, love and loyalty are central to all our lives, and in time, most of us find some kind of calling and forge a place for ourselves in professions, communities, families, and groups of our own choosing.

My Speechless novel departs from the genre in many ways, but it is a coming of age story set in a world that is becoming increasingly dystopian. There are other countries out there– but will they be safer places for Jews? This will be explored in the coming volumes.

There is another book that my novel draws upon, but British readers are unlikely to know it, unless they have studied American literature. Sinclair Lewis’s masterpiece, ‘It Can’t Happen Here’, is a dystopian story written in 1935. Lewis’s wife, Dorothy Thompson, was the first journalist to be thrown out of Germany following her negative reporting on the rising fascist, Adolf Hitler, and Lewis probably drew on her writing when he imagined his novel, in which fascism comes to America.

The novel is about the election of a demagogue, Buzz Windrip, who promises to stand up for the poor and unemployed who form the ‘League of Forgotten Men’. Running as a Democrat, he promises to help the dispossessed ‘97%’ who feel that they are oppressed by the banks and ‘Big Business’ and ‘the elite’, and he sets out a platform of contradictory reforms and promises which will enable everyone to become richer without anyone actually having to do any work. His promises include ‘assisting’ women to ‘return to their incomparably sacred duties as home-makers and as mothers’, and he also promises to restrict black people and Jews from a range of professions. By offering contradictory promises, and by presenting himself as an anti-establishment and anti-elite figure representing the Common Man, he gains support from both left and right.

His supporters form a group called the Minute Men, hearkening back to the Revolutionary War. Initially they are just a marching group, but they soon begin beating up the opposition and eventually they become his storm troopers. The opposition candidate, meanwhile, is ‘suffering from the deficiency of being honest and disinclined to promise that he could work miracles.’ He is defeated, but escapes to Canada where he forms a group of rebels that fights to reclaim America.

Lewis himself was alarmed by the extremism of both ends of the political spectrum; his fear was of despotism of any description.

Last year it suddenly occurred to me that since I felt as if I were living in a dystopia, I might as well write one. My teenage girl heroine, Chaya, is not me– but she shares my anxiety. Corbyn’s Labour party has been defeated, and British Jews have breathed a sigh of relief– but many of us are also furious that we have been denied the chance to belong to a left wing party where Jews can feel comfortable and welcome. Many of my friends on the right are also concerned, because we need a strong, reasonable party of opposition in order to ensure that the government is subject to checks and balances.

The story isn’t over, and Labour is now regrouping. We are safe for the time being, at least from the far left, but antisemitism is also rising on the far right, and there is always the threat of Islamist extremists. Should we have our suitcases packed? I don’t know from suitcases, but I have just renewed two of my passports. Does this reflect a dual loyalty? Emphatically not. I love my country, but we know from history and from bitter experience that nothing is certain, except that a Jew can never have too many passports.