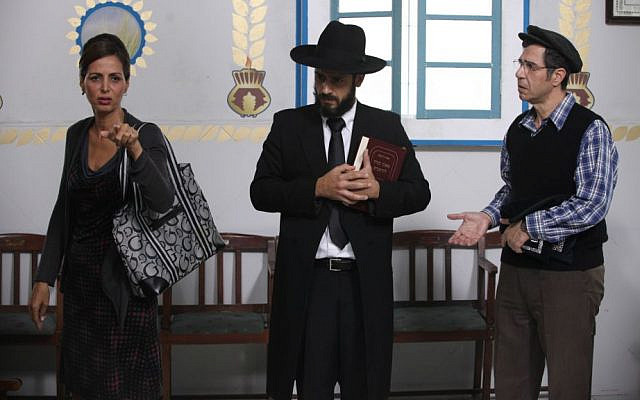 MK Bezalel Smotrich suggested not long ago that his political rival, Naftali Bennett, is no longer welcome in synagogue. Sadly, this highlights the fact that there are too many Jews who think it is their right to say who does or does not belong in the synagogue. This mindset has a powerfully adverse impact on Jewish affiliation and Jewish life. All too often, I met people who had a negative experience in a synagogue and decided to stop going. I cannot blame them. When they tell me this, I share my personal synagogue stories and what I have learned from them. Sometimes I laugh when looking back; sometimes, the pain is still real. These stories remind me of what we need to do to make our synagogues more welcoming.

One Shabbat, I came early to services in a synagogue with a little over 100 seats. I sat down in one of the many empty seats. Two more men came into the sanctuary; there was a total of three people in this synagogue meant for 100 people. One of the men came over to me and said: “Sorry, but you are sitting in someone else’s seat.” I got up and stood, looking at the synagogue at three-percent capacity, not knowing which of the many empty seats I could take without being removed from the empty chair. This man was not the rabbi or president, nor was he kicking me out of a seat that was his.

Yet this was not nearly as bad as the time I was in Cleveland, in a synagogue I was visiting and was indeed in someone else’s seat. More than a half an hour into services and the synagogue was full; like everyone in the synagogue, I was standing in the middle of the Silent Amidah, a time no one is allowed to talk or walk. Rather, it is a solemn time of meditative prayer. Someone rushed over to me — while I was visibly in the midst of my prayers — and whispered loudly at me: “Please move. This is my place.”

Yet nothing matches the trauma of the time I prayed in Jerusalem’s Sha’arei Chesed neighborhood on a Shabbat morning. Being somewhat on the dreamy side, I was sitting and reading something during the service. I was so engrossed in what I was reading that I did not notice everyone had stood up and began the prayer for the well-being of the State of Israel. Before I had time to notice that, an older fellow saw me and wrongly assumed I was sitting and reading rather than participating because of an anti-Zionist or non-Zionist sentiment. He raised his voice and yelled at me in front of the whole synagogue: “Get up now!” Lifting my eyes from what I was reading, not fully understanding what was going on or how we got here, I froze in my place and did not get up, which led him to further scream at and berate me. At this point, you could hardly hear the chazan (prayer leader), and everyone was just staring at me. Once the prayer was over, I got up and left with blushed cheeks and an embarrassed look.

Finally, as someone very proficient in Sephardic nusach, I have often led Sephardic and Mizrachi synagogues in Israel as a chazan. I was even blessed to do so in Jerusalem’s famous Ades Aleppo synagogue. When standing in a synagogue in New York, I thought I would do the same thing. When someone asked if there is someone who could be chazan, as is often done before services, I offered to volunteer; the person who had asked knew I was Ashkenazi and told me he thinks the halacha is that the chazan must pray the Sephardic way. I told him I would do that. He then told me he thinks the silent Amidah must also be done the Sephardic way; I told him I can do that too. He then told me a fictional halacha he thought that wasn’t enough, making it clear he would not let someone who was not Sephardic lead.

While I hate to make the comparison, I have learned that synagogues are, in some ways, like the New York subway. They are a public place in which we share space with mostly lovely and good people. On occasion, there will be people who are not as kind, who might even be mentally ill or have a personality disorder — or just people who had a bad day and are looking to take it out on someone. If you are the subject of anyone’s ill will or bad behavior, please remember this is a semi-public space where all kinds of people can share a space with you. One person’s behavior does not necessarily reflect anyone else’s opinion and most definitely not religion’s opinion of you.

Despite all of the above, and many other unfortunate stories, which are the natural outcome of having prayed in hundreds of synagogues, I always look forward to my next visit to synagogue. For every negative experience or distraught individual I have encountered in them, I have had many kind and positive ones — fellow worshipers who invited me for Shabbat and Yom Tov meals, welcomed me to their communities, greeted me with a smile, gave me their seat when there was no other, and so many more acts of welcoming kindness.

Yet, despite all the kindness there is in synagogue life, Mr. Smotrich’s comments on banning Bennett and his party members from synagogue reflect an ill belief some in our community have. There are those who, despite not being rabbis, presidents, board members, or in any position to make the decision, there are those in our midst who feel entitled to decide who does not belong. They can choose who to kick out of a seat, who not to let in, who to scold, and who to alienate. This vocal minority is a reason too many people do not feel welcome in synagogue, have had upsetting experiences, and do not feel at home in synagogue. Our responsibility as a community is to make sure our synagogues are welcoming and a home to all, regardless of politics and disagreements.