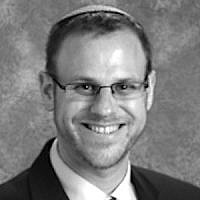 The Blogs
Tzvi Sinensky
Apply for a Blog
Advertisement
Please note that the posts on The Blogs are contributed by third parties. The opinions, facts and any media content in them are presented solely by the authors, and neither The Times of Israel nor its partners assume any responsibility for them. Please contact us in case of abuse. In case of abuse,
Report this post.

My wife and I try and see at least one movie each year. Earlier this week we “heretically” chose to forego the new Star Wars movie and see Spotlight instead. As it turns out, we did not regret our choice. Indeed, as both a rabbi and a concerned community member, I found Spotlight to be quite compelling.

What did I find so impactful? Spotlight tells the true story of the team of Boston Globe reporters that researches and ultimately breaks the story of the archdiocese’s massive cover-up of the clergy pedophile scandal. The film poses and offers devastating answers to a series of questions, including:

There are obvious lessons here for our community’s vigilance in responding to our own cases of abuse. In this space, however, I’d like to make two additional points about the personal responsibility of religious leaders.

1) While the film portrays many powerful moments including heart-wrenching first-person victim testimonies, some of the most dispiriting scenes involve the journalists’ own religious struggles. The agonizing encounter with abuse distances the reporters from their Catholic faith. One character, for instance, discovers that an accused priest lives right around the corner from his home. Horrified, he places a sign on his refrigerator urging his children to keep their distance. Another sees children singing in a church choir. Instead of appreciating the moment’s transcendent beauty, he can’t help but wonder if the kids are truly safe. He later adds that he once imagined he might start attending services again, but no longer. A third team member had regularly accompanied her devout grandmother to church, but while pursuing the investigation she stops going. She can’t bear the hypocrisy any more.

It’s clear, then, that ours is an age of cynicism toward religious leadership — and for good reason. The clergy has blackened its own eyes. Our community too has been rocked by numerous scandals. And our institutional leadership, while far less centralized than that of the Church, has not always responded properly. Fairly or unfairly, it’s human nature to judge a religion by its practitioners. And so it behooves each of us to accept the skeptical backdrop and act accordingly.

Our tradition was acutely aware of this concern, insisting that religious leaders must go above and beyond in securing the trust of their constituents. Moshe and Shmuel made a point of declaring that they never leveraged their positions for financial gain (Bamidbar 16:15; Shmuel I 12:3). The talmudic scholar Rav insisted on repaying a loan immediately even when he was not halakhically obligated to do so (Yoma 86a). And upon purchasing meat from partners, the Talmud continues, Abaye would pay both men and only square his accounts later, so as to ensure that neither one suspected him of having neglected his responsibility. A classic talmudic teaching (Chagiga 16b,Mo’ed Katan 17a) admonishes that a Torah scholar must resemble an angel — otherwise, we are forbidden to learn from him.

As a practical matter, as religious leaders we dare not take for granted the trust of our constituents. We must earn it. That we’ve obtained our ordination or have studied Torah for a certain number of years is no guarantee. We must demonstrate, by acting ethically over the course of an extended period of time, that we are worthy of that sacred confidence.

2) In one revealing scene in Spotlight a victim describes the mindset of many of the abused children:

When a priest pays attention to you it’s a big deal. How do you say no to God?

There is a profound power imbalance, in other words, that is inherent to any clergy-congregant or teacher-student relationship. And even as there are rationalizations that are particularly relevant to the Church’s hierarchical structure and especially its celibacy laws, there are plenty of inner demons to go around in our neck of the woods, as we learned the hard way last year.

Indeed, Tanakh repeatedly urges us to beware the temptations of leadership. The oft-overlooked coda of Parshat Vayigash, in which Joseph enslaves all of Egypt in exchange for rations, is viewed by some (Leon Kass, The Beginning of Wisdom, pgs. 629-635) as a cautionary tale about the hazards of unchecked sovereignty. To take another example, in response to the nation’s request for a king, Shmuel paints a dark portrait of monarchy (Shmuel I 8:11, 13-14):

David’s sin with Batsheva, in which he sends her husband Uriah to die on the front lines of the battlefield and takes her as a wife, is an egregious instance of abuse of office. Indeed, it is surely no coincidence that the incident of Tamar, who is raped by her half-brother Amnon and who goes on to experience depression and survivor’s guilt, is found in the very next chapter of Sefer Shmuel. The Bible, in other words, is acutely aware of the potential for exploitation, urging us to learn the proper lessons and to do better.

As Spotlight hauntingly reminds us, then, clergy are viewed as God’s emissaries on earth. That perception generates immense responsibility. We must guard ourselves vigilantly against moral lapses, and we must never take for granted the sacred trust of our community. Only then can we aspire toward a time when a movie like Spotlight need not be scripted.