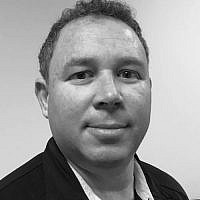 It may seem far away, but Australia is not immune to the poison that permeates most Middle East media.

For example, the Sydney-based  Farah News (www.farah.net.au) is a website that regularly brings some of the worst antisemitism from the Middle East to multicultural Australia.

The online portal in Arabic apparently has thousands of monthly visitors and Facebook followers. It has no original content and instead republishes articles and news items from Australia and across the Arab world.

An Alsibai text was chosen by Farah News to ‘explain’ the ‘true story’ behind the killing on January 3 of Iranian arch-terrorist Qassem Soleimani. He starts by insisting that Soleimani was “an American agent par excellence”, and “[t]he relationship between America and Iran is intimate, organic, and has all serenity and endless friendliness !!!”

The shared aim of both countries, he asserted,  is “to eliminate Islam and Muslims and preserve the Israeli entity in Palestine […by] looking forward to the battle of Armageddon, and the descent of the Antichrist, in order to eliminate the Muslims.”

Another antisemitic columnist regularly featured on Farah News is Egyptian Amr Abdel Rahman. Rahman claims that Iran and Israel are conspiring together to govern the Middle East, that Israel created and operates ISIS, and the Jewish Rothschild banking family controls the world.

In two of his latest articles, republished on Farah News on Sept. 20 and Nov 16 respectively, Abdel Rahman introduces the antisemitic trope that European Ashkenazi Jews are not connected to the biblical Jewish nation but actually originated from the Turkish Khazar people  – and have employed supernatural evil powers to influence world history.

“The pagan [Khazar] elite infiltrated north into Europe, penetrated its thrones, controlled its church with its money and invented the Zionist Protestant doctrine, destroying the original Catholic faith of Europe in this era. The Khazars blended the doctrine of the originally corrupted Bani Zion [Jews] in one melting pot with the Hindu Vedic [religion] and added to it the rituals of pagan human sacrifices, to bring out [into] the world the mystical religion of the Khazar Jews,” he wrote in the first.

Zionism, the “enemy of humanity and religion”, and Israel, are at the heart of Abdel Rahman’s modern antisemitism. Israel is colluding with the West, Iran and the Gulf States, he cries, to seize power over the Middle East by starting “artificial conflicts” between Sunni and Shi’ite Muslims.

Another Egyptian Farah News favorite is Muhammad Saif al-Dola, founder of “Egyptians against Zionism”, politically affiliated to parties close to the Muslim Brotherhood.

The aim of Al-Dola’s series of articles “Palestine and the Israeli lies”, republished on Farah News (Sept. 1 and 9), is to review the “enormous arsenal of myths, myths and lies that the Zionist movement unleashed to mislead world public opinion.” His “research” is based on “a few elite Western thinkers,” he says, such as Holocaust denier Roger Garaudy, anti-Zionist British Marxist John Rose, author of Myths of Zionism and Israel: The Hijack State, and anti-Zionist Israeli-born academic Ilan Pappe.

“The racist myth about [Jews being] God’s chosen people”, writes Al-Dola, is ”incitement to the ethnic cleansing of non-Jews, [on] which contemporary Zionist rabbis base all their Fatwas [rulings] legitimising killing and liquidating Palestinians.”

Antisemitism “was nationalised and monopolised by the Zionist movement in its favour and considered that the Jews are the only persecuted race in the world – it is a very racist position.”

Al-Dola also talks about “the myth of the Holocaust”, the “exaggerated and overblown” number of Jewish victims of the Nazis, and how “cooperation [existed] between Hitler and the leaders of the Zionist movement.”

Al-Dola also refers to the Khazar myth and insists modern days Jewish claims to biblical ancestry are a deliberate fabrication: t “[T]he Zionist movement and Western colonialism invoked the name of one of these extinct groups of history and fabricated false stories”…”Jewish exile in Babylon” (4th century BCE) and “the so-called [Jewish] diaspora are nothing but myths.”

Al-Dola depicts Israel as “the largest and most dangerous terrorist entity in the region.” While Arabs inside Israel suffer “utmost racism”, the relations between Jewish citizens of Israel and the state “are governed by the laws of pirates and thieves, which stipulate the legitimacy of killing and looting others, while applying the rules of fair distribution of spoils among themselves.”

In his recent attack on the US peace plan “Deal of the Century” (originally appeared on his blog, republished on Farah News Feb 1, 2020), al-Dola quotes from a 1956 Fatwa (Islamic ruling) issued by scholars from Al-Azhar (the most influential Islamic university, located in Cairo) against normalisation with Israel. Controlled by “pagan Zionists”, he determines,

“The Jews intend not to stop at the end of the aggression against Palestine and Al-Aqsa Mosque, but their planned plans extend to the possession of Islamic countries located between the Nile and the Euphrates”.

In researching Australian media in Arabic, I never stop feeling disappointment and shock at the extent of the blatant antisemitism I find being spread via these platforms. Racist poison coming out of the Middle East is not just a problem for Israel, and for Jewish communities around the world, but a serious challenge for all liberal democracies which value racial tolerance and multicultural harmony.