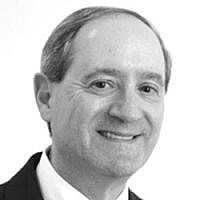 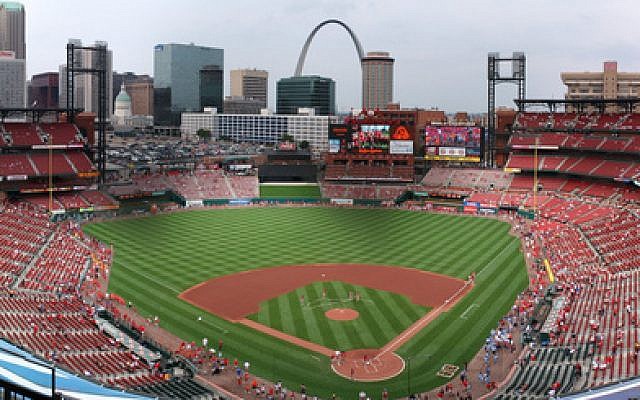 St. Louis, Missouri is the latest American city to stake its economic development strategy around an Israel technology focus, and already has a success to claim with the announcement last week that Moshav Sharona-based Kaiima Bio-Agritech is establishing its U.S. headquarters there.  Kaiima is an innovative, Israel-based plant genetics and breeding-technology company that has developed a non-GMO technology platform to improve crop productivity.  Founded in 2007, the company has raised $98 million in multiple venture capital financings.

“Kaiima established a North American office in order to bring our food, feed and energy solutions closer to U.S. farmers.  We selected St. Louis as our base of operations because of the region’s tremendous strengths in plant science research and commercial activity,” said Kaiima’s CEO, Dr. Doron Gal.  “St. Louis’ vibrant and collaborative entrepreneurial community has also impressed us.”

Leading the city’s new strategy is BioSTL, a 14-year old organization that advances St. Louis’ prosperity by cultivating a thriving bioscience sector.  BioSTL builds regional capacity, nurtures a collaborative environment, and focuses community leadership and resources to capitalize on the unique convergence of the city’s corporate, university, and entrepreneurial strengths in medical and plant bioscience. It was founded by Dr. Bill Danforth whose grandfather was the founder of Ralston Purina.  The current board chairman is John McDonnell, former chairman of McDonnell Douglas (now merged with Boeing), and its president & CEO is Donn Rubin. The organization enjoys the support of the region’s top business and academic leaders.

In October, BioSTL announced the establishment of the St. Louis-Israel Innovation Connection (SLIIC) to build a robust pipeline for interaction between the St. Louis and Israeli economies.  The initiative teams experienced professionals in St. Louis and Israel to identify Israeli companies whose business objectives will be advanced by establishing a presence in the St. Louis ecosystem.  The program recognizes the volume and quality of innovation-based enterprises launched in Israel, many of which match nicely with St. Louis’ strengths.  “These startups often have a fundamental business need to access U.S. markets, capital, networks, corporate partnerships, and regulatory and other professional expertise.  Accordingly, they represent serious, realistic prospects for recruitment of a U.S. presence,” says Rubin.

Donn is a St. Louis native and lawyer by training with a strong international background.  After law school, he lived in Albania from 1992-93 in a Peace Corps-type program, and next moved to DC where he worked on healthcare initiatives in Eastern Europe.  He returned to St. Louis in 1999, and joined BioSTL as CEO in 2001 where he leads the effort to build the area’s biosciences ecosystem.  He is a passionate supporter of Israel, and for a decade, was Israel chair of the Jewish Community Relations Council.  However, Rubin and others are quick to point out that SLIIC is not a Jewish community initiative.  “If Bulgaria were the Start-Up Nation, we would have done it in Bulgaria,” he says. But partly because of Donn’s experience and connections in Israel, the BioSTL board recognized the value of bringing the Israeli ecosystem to St. Louis, and is fully supportive of the new Israel focus.

St. Louis is not a total newcomer to business with Israel. There had been an active America-Israel Chamber of Commerce there in the 1990’s and early 2000’s, and St. Louis already had a number of Israel business connections including:

Last May, Rubin led a St. Louis delegation to the MIXiii conference in Israel where they met with 19 Israeli companies that had been pre-screened to fit the priority focus areas of St. Louis:  Agriculture, Medical, Health IT, FinTech, and Cybersecurity.  They also met with VCs, law firms, angels, and incubators.  From that original group of companies, three have been introduced to major St. Louis corporations for doing pilots; two were expected to open their US presences in St. Louis (Kaiima is the first to announce); and 8-9 have developed a clear strategic case for St. Louis.

There is already strong interest from the St. Louis investment community (angels, VCs, accelerators, corporate) to invest in Israeli companies.  Those in the Medical / Health IT fields have a direct channel for research collaborations and clinical trials with Washington University, St. Louis University, University of Missouri-St. Louis, Danforth Plant Science Center and Barnes-Jewish Hospital.  Corporate strategic partners on board are BJC Healthcare, Boeing, Enterprise Holdings, Express Scripts, KWS, and Monsanto.  Entrepreneurial support and due diligence come from ITEN and BioGenerator.  And incentives are offered by state, regional, and local economic development agencies.

Former BIRD Foundation and start-up executive Uri Attir was hired to be the in-country representative in Israel for SLIIIC.   Vijay Chauhan, an experienced corporate and bio start-ups entrepreneur, was hired to be the St. Louis-based project lead.   Uri spent two weeks in October visiting St. Louis and meeting the players.  He is now scouting Israeli companies that fit the profile and can benefit from St. Louis.  Vijay is working with him to make the connections with the St. Louis partners.

I knew Uri well when we worked together in my capacity as the Southeast representative for BIRD.  He points out that having qualified, dedicated staff in both Israel and St. Louis is key to the success they expect to achieve.  “The intention is to focus on Israeli companies when they’re at the stage of setting up some kind of U.S. entity.  The program is built on the premise that if an Israeli company has a relationship with a strategic partner, investor, or customer, they need to be close to them.  Therefore, BioSTL starts by helping the Israeli companies find and cultivate these kinds of targets,” Attir says.

Operating from Haifa, Uri is well connected in Israel, and gets his leads from professionals, conferences, and the network of Israeli companies he is building.  He feels there needs to be a St. Louis delegation to Israel at least once each year built around a specific sector with relevant executives from local companies.  He also expects to bring a delegation of Israeli companies to St. Louis each year.

Based on my experience of more than 20 years in U.S. – Israel economic development, I feel strongly that St. Louis has re-entered the game at the right time with the right message, staff, and meaningful offerings for Israeli start-ups.  With SLIIC’s sharp focus on the community’s strengths, we shouldn’t be surprised by Kaiima’s decision to locate there and should expect many more tangible announcements to come.