1,200 people say, again, we stand, united, with Israel and that is very emotional for me.

Jewish organizations are a dime a dozen; some are effective but most, well, I personally doubt it. But they are all part of the Jewish concept of Jews helping each other and rectifying the world.

When Roz Rothstein saw that anti-Israel behavior, which translates to anti-Semitism, has begun rearing its ugly head, so very few years after the world made sure 6,000,000 innocent Jews went to the slaughter because they were Jews because the world did not like the Jewish blood running in their veins, she knew she had to do something and she did. With the help of her husband Jerry and Esther Renzer, she founded Stand With Us (SWU). The name real meaning is stand with us to stand with Israel.

What SWU differs from most other organizations that have an affiliation with the existence of the State of Israel and one of their main goals is to help Jews, is that they tutor the next generation to take over and lead, to run with the torch of helping other Jews and supporting Israel.

On December 14, 2014 at the Beverly Hilton in Beverly Hills SWU held its annual Festival of Light, its 13th year anniversary celebration, emceed by Elon Gold and in which Sandy and Larry Post were the honorees and Rabbi Shmuley Boteach was the keynote speaker. Boteach spoke about the growing anti-Semitism in the world and the wars on the Jews. He came to the conclusion that Israel will not achieve peace so long her enemies are jealous of her existence. 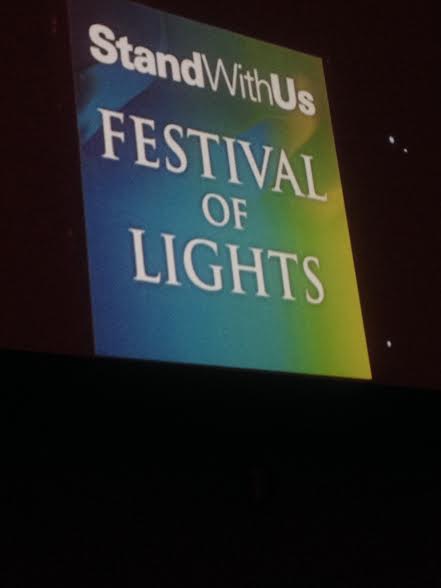 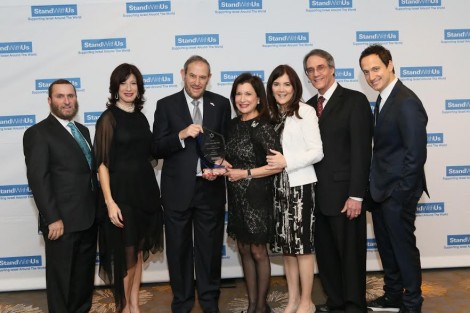 I therefore say, it is not about Israel’s existence, or about being jealous of her. It is about the world has to shout, Israel you owe it us, the world, to be, you owe us your existence!

In times when anti-Israel and anti-Semitism sentiments, that go hand in hand, are rocking the world, mainly on campuses around the world, look up to SWU to educate and stand up to evil.

Our Forefather Abraham was God’s blue eye man; a peace loving and hospitable man. His grandson, Jacob, the son of Isaac, was the first Israelite-Jew to wrestle with evil and wickedness. He wrestled to get his father Isaac’s blessing by passing his twin older brother Esau, who was not much of a good person; he wrestled with Lavan his father-in-law and stood up to God’s messenger too.

And that is why his name became Israel, and that is why we are called Israelites not Abrahamites. We, Israelite-Jews wrestle with the evil of the world and shine a light on a world that tends to soak in darkness.

And he said: ‘Thy name shall be called no more Jacob, but Israel; for thou hast striven with God and with men, and hast prevailed.’ Genesis 32:25-29

To protect Israel from the onslaught on her existence you need education. The best tool to combat the lies, duplicity and deception, constantly concocted against Israel, is to face and rebuttal it with facts and the truth. SWU is educating the young to stand for Jews and their homeland Israel.

For that they have now founded the Roger Richman and Diane Schulman Israel Education Fund. 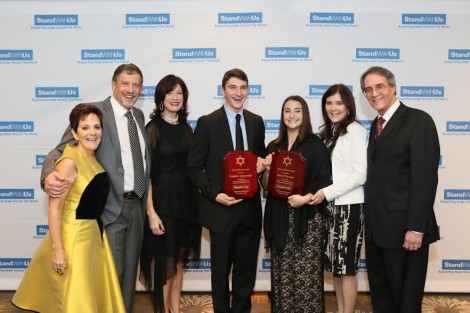 We, Jews do not like to fight but as it looks, we have to fight. Therefore, whether it is SWU or us, as individuals, we need to fight till those who hinder us leave us alone to a thriving and peaceful existence. SWU enters the battlefield of ideas with its educational programs and materials. They teach the world to see Israel in the right light, to stop the war on the Jews, to join the peaceful co-existence.

SWU is a bright light in the fogy times Israel is facing. Spending an evening in such environment is a prescribed mental health remedy mixed with pride and dignity.