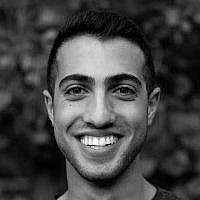 The Blogs
Eli Kia
Apply for a Blog
Please note that the posts on The Blogs are contributed by third parties. The opinions, facts and any media content in them are presented solely by the authors, and neither The Times of Israel nor its partners assume any responsibility for them. Please contact us in case of abuse. In case of abuse,
Report this post. 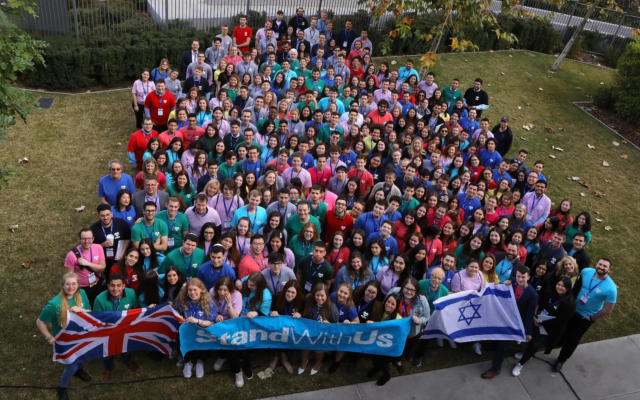 StandWithUs (SWU) shared its mission of educating about Israel and combating antisemitism with over 550 diverse high school and university students from around the world and influential community members at its annual “Israel in Focus” International Conference. Similar to previous years, it was sponsored by the Adam and Gila Milstein Family Foundation.

Held in Los Angeles, attendees learned from world-renowned experts and participated in breakout strategy sessions about the many facets of the antisemitism facing Jewish people today and how to combat it while inspiring communities on campuses and beyond with all things Israel.

Roz Rothstein, StandWithUs co-founder and CEO welcomed all to a weekend that promised new friendships, viewpoints, and knowledge. She remarked, “it is not a coincidence that each one of you is here; we came here with the same purpose: To stand up for Israel and to stand against antisemitism.”

Breakouts ranged from exploring the history of the region and its modern-day issues to legislative efforts and community engagement in dealing with antisemitism and BDS to an exploration of Israel’s beauty through Nitzan Ben Shaya’s anecdotes about her adventures on the Israel National Trail. StandWithUs High School Intern Shelly Raiter from Coronado HS in Las Vegas weighed in, “We engaged in inspiring debates which exposed me to new perspectives and even after the heated debates ended, we all left the room with new friends and a greater respect for one another regardless of our ideological differences.”

Keynote speaker Bari Weiss, New York Times columnist and author of “How to Fight Anti-Semitism,” emphasized that, “the only way to fight anti-Semitism is by waging an affirmative battle for who we are.” SWU Intern Tamar Yahalom from Richardson High School in Texas’ revealed that hearing from Bari was her favorite experience at the conference.

In a revealing Q&A with Michael Dickson, Executive Director of StandWithUs Israel, Sarah Idan, 2017 Miss Universe Iraq, recounted governmental persecution she endured after posting a photo at the pageant of herself with Miss Israel as an act of co-existence and love. She was bombarded with death threats and hateful comments. The pageant threatened to expel her, but Sarah held her ground. She shared a video about her subsequent visit to Israel where she reconnected with Miss Israel. Sarah stressed the importance of standing up for what is right.

Growing up as a progressive and Jewish in San Francisco, CA, social activist Erin Schrode, founder of “Turning Green,” admitted failing to notice systemic anti-Zionism until her first visit to Israel. The youngest person to run for Congress, she was targeted by neo-Nazis for being Jewish, receiving a torrent of unexpected slurs and disturbing images. Schrode would not relent her campaign, and the trolls only strengthened her love for Israel and all it has to offer.

Dr. Judea Pearl, Director of the UCLA Cognitive Systems Laboratory and father of slain Wall Street journalist Daniel, introduced the term “Zionophobia” — the irrational fear of a homeland for the Jewish people. He explained that calling a person a “Zionophobe” means there is something wrong with you, not me and that Jewish students will regain respect only when “Zionophobia” becomes the ugliest word on campus.

Carly Gammill, director of SWU’s new “Center for Combating Antisemitsm” (CCA) moderated a panel about the work of SWU’s Saidoff Legal Department and when to engage its help. The team received good news from the Department of Education’s Office of Civil Rights that it accepted its Title VI complaint filed on behalf of UCLA student Shayna Lavi against the administration for failing to take action to stem continual harassment by an anti-Israel professor. Jerry Rothstein, SWU co-Founder made sure that we all left with relevant and useful SWU educational materials, including CCA’s “Ten Ways You Can Fight Antisemitism.”

StandWithUs emphasizes professional development for its High School Interns and campus Emerson Fellows. While the conference was content-dense and filled with meaning and learning, it also allowed us to reconnect with friends we made at our respective StandWithUs August training conferences and to share best practices. One of the requirements of both programs is to attend the August conference and bring a friend to the January one.

Roz Rothstein stated SWU’s message, “Be proud, stand tall, and come to us for any kind of help as needed. StandWithUs will never turn away a student who wants to educate their campus or high school communities about Israel or fight antisemitism. Never. We are one family.”

Attendees were from different religious, ethnic, racial, and political backgrounds. There were Jewish and Christian services and sessions about the Christian perspective of Israel and antisemitism in Latin America. Krav Maga techniques were demonstrated and attendees practiced them learning how to defend against physical attacks. Yoga was offered every morning.

The conference closed after student participants shared inspiring experiences they gained throughout the weekend. Palisades Charter High School student Justin Shafa summed it up, “seeing so many young people like me at this conference is a reminder that our strong love for Israel will always combat the hatred of antisemitism, whether open or masked as anti-Zionism.”

About the Author
Eli is currently a high school student in Los Angeles, graduating in 2020. In addition to being a StandWithUs High School Intern, Eli is the president of multiple service based organizations in his local Los Angeles community. At the end of his junior year, Eli began a national organization to spread his passion of service with schools across the country. Eli hopes to pursue business in future studies, and looks forward to continuing to advocate for Israel wherever possible.
Related Topics
Related Posts
Comments