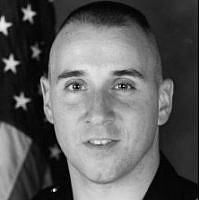 The Blogs
David Firester
Apply for a Blog
Advertisement
Please note that the posts on The Blogs are contributed by third parties. The opinions, facts and any media content in them are presented solely by the authors, and neither The Times of Israel nor its partners assume any responsibility for them. Please contact us in case of abuse. In case of abuse,
Report this post.

Last year, at about the same time, I wrote a piece in The Times of Israel that analyzed the misrepresentation of purported Jewish attacks on Arabs as indicated by the Global Terrorism Database (GTD), which is managed by the University of Maryland’s federally funded National Consortium for the Study of Terrorism and Responses to Terrorism (START). Again, as they have released their 2016 database for public view (7 months into the present year), I found what amounts to some irresponsible characterizations of fact. What is more, I have found (again) that the GTD’s coders apply a different standard for Jews/Israelis than they do for Muslims/Arabs. This may seem to be a strong accusation against a nationally renowned center of excellence, but it is appropriately supported by evidence. In this way, I am asserting facts as opposed to mere conjecture.

In this short article, I am linking each piece of evidence for the layperson (and seasoned analyst) to independently verify the claims that I am making. This task is not the norm in an age of extreme punditry and “fake news” promulgators, who manipulate public opinion in an effort to further their political agenda. Real journalists and social scientists have somehow yielded to (or worse, joined in) the truth-killing process of advancing narrative fallacies. I intend to set at least some of the record straight; yet again.

Below are two tables that reflect the aggregate data, followed by a more micro level assessment of how some of the data appears to have informed the coders, who vetted and ultimately incorporated it into the database. Rather than focusing on Arab/Muslim violence, which is the norm, I focus on the instances in which Israeli/Jewish violence is reported. The reason I do so is to demonstrate the different standards that have been applied to two distinct “perpetrator group” categories. Instead of inserting analytical notes for the would-be researcher, I have sprinkled them throughout this piece where context most suited their inclusion.

As the above table indicates, in 2016 within Israel there was a 14% reduction in attacks over the previous year, which produced 20% fewer fatalities. However, the number of wounded individuals increased 48%. As is normally the case, the overwhelming majority of attacks were carried out by organized and unorganized Arabs/Muslims. The attackers most represented in the database were Hamas, Palestinian Islamic Jihad, Palestinian Extremists, Ma’sadat al-Mujahideen, Ahfad al-Sahaba -Aknaf Bayt al-Maqdis, a number of “unknown” attackers, and some one-off assailants such as Khaled Ibn al-Walid Army, Hezbollah and the half-century-old PFLP (Popular Front for the Liberation of Palestine).

There were, however, two occasions (or, 4% of the total 50) in which Israelis were named as attackers. The first alleged attack (201601230046) occurred on January 23, in which “assailants set fire to a Palestinian school in Tuba village,” resulting in no casualties and no claim for responsibility, yet it was attributed to “Israeli settlers.” The database indicates that there is no doubt is was terrorism and cites a single source: Muslim News. In the article, which recycles reports of attacks from previous years (diminishing their journalistic credibility if there is any), it was alleged that “a group of Israeli settlers” set the fire. First, the story is suspicious as there is not a single witness (not even an unnamed witness) to whom the article refers. Secondly, and relatedly, if there is no witness, one could not know definitively if it was a group or a single individual, or perhaps even a saboteur from within the community itself. Lastly, why would there be “settlers” carrying out attacks in Israel proper? Assuming they wanted to attack some Arab establishments, wouldn’t they have more opportunities to do so 40 miles south (as the crow flies) to the actual “West Bank” (Judea/Samaria)? I leave it to the reader to decide the veracity of such a claim and to reflect upon the due diligence of the coders who enter this event into the database.

The second incident allegedly occurred on June 10 (201606100059). In this instance, the attacking party, named as “Israeli extremists,” allegedly set fire to a couple of cars and spray painted hate speech at a public parking lot in a town the database named as “Yafa,” which is actually Yafi’a (short for Yafa an-Naseriyye). The three arrestees, whose alleged property assaults came two days after four innocent civilians were killed by ISIS-inspired attackers in a Tel Aviv market, were all minors and it is alleged that they confessed after three days in custody without counsel. Here is a case where one could say that a Jewish terrorist (property damage) attack may have taken place, but the question regarding due process seems to undermine the soundness of the claim.

Digging into the facts at a micro level sometimes yields noteworthy finds. For instance, with regard to the second alleged attack just discussed, something interesting appears in the second source document the GTD used for its inclusion in the database, which came from The Jewish Telegraph Agency. The story’s headline was “Jordanian shot in northern Israel after attempted carjacking.” Given the large number of vehicular ramming incidents carried out by Arabs over the past few years, the GTD apparently didn’t see fit to call the attempted carjacking “terrorism.” They could simply have entered the story in the database and then expressed doubt that it was “terrorism proper” (as they have done with many other events). A word of caution for researchers must be issued regarding this article. The story makes reference to the murder of an Israeli-American teenager in her own bed by a Palestinian terrorist, but if one were not including “West Bank and Gaza Strip” in their search parameters, one might not know such an event even transpired.

Table 2: Aggregate Attacks for 2016 in the “West Bank and Gaza Strip” Dataset (and percentage change from 2015)

As the above table indicates, there was an apparent sharp decline in terrorist attacks inside what the GTD conveniently labels as the “West Bank and Gaza Strip.”

So, what bad behavior was attributed to Jews in these two very different areas? There were apparently 4 incidents (or, 2 ½ % of the total 157). The first event allegedly occurred on March 20 (201603200016). In that event, the house of a witness to a 2015 bombing was apparently set ablaze, resulting in no injuries or fatalities. Although two of the three sources cited by the GTD claimed it was Jews who carried out the purported attack, at least one of the sources cite Israeli authorities doubting that this was the case. Other sources confirm this doubt. Again, there is a category for the GTD to indicate that an event was an act of terrorism (as opposed to an electrical fire, or an individual’s irresponsible culinary activities). In this case, no doubt was cast. For this attack however, the online version lists the attackers as “Israeli settlers” but parenthetically indicates that this is “suspected.” Bravo! Suspicion as to an allegation of fact is colored by the inference that it may be mere speculation.

The next attack was said to have been carried out by “Israeli extremists” on April 14 (201604140037). One source cites the victim as stating his assailants were “Jewish Israelis” and noted that the victim’s family had a picture of the vehicle involved in the attack. To date, no such image has been made publicly available. The family had claimed that the police didn’t open an investigation into the crime, an allegation the police stated was untrue in another source.

On July 20, an apparent Molotov cocktail attack (201607200036) was carried out against a Palestinian house in Duma (“West Bank”). No injuries, fatalities, or named claimants are associated with the alleged event. The first source, in Germany, cited by the GTD doesn’t seem to exist. The second source, Ma’an, is a regular pro-Palestinian/anti-Israel website that regularly fabricates news. The third source is the International Middle East Media Center, which features a Palestinian flag atop its page. Unfortunately, I must note the obvious: bias is quite apparent to one who regularly encounters it, but it may escape the layperson who is simply trying to uncover truth.

The last event, apparently occurred on July 22 (201607220090). The term “apparently” is properly applied here, as there was a single source listed as DailyMe.com. Although the story could not be found, searching the story’s title yielded an al Jazeera article. [Hint to the unseasoned Middle East researcher: when Judea and Samaria are referred to as the “occupied West Bank” you can bet that the source is biased against Israel.] This alleged terrorist “attack” featured some wheat fields having been set on fire by “assailants” in Wadi Fukin. Not only does the GTD rely on only one (suspicious) source, but they cite (in plural form) that “sources attributed the attack to Israeli settlers.” With no witnesses, no injuries, no claim of responsibility and a single non-existent source cited, the existence of an attack by Jews strains credulity. It’s plausible that the conflagration might have even been a naturally occurring fire, or even a criminal event carried out by rival (Arab) farmers. Yet the GTD doesn’t indicate any doubt that this event is “terrorism proper.” They did, however, indicate such doubts when in late November a series of fires were set all around Israel (noted in event 201611230058). The notes in the database indicated “lack of intentionality,” even though an Israeli court issued arrest warrants for two Arab-Israelis.

As the above indicates, the GTD fails to indicate that purported arson attacks by Jews might not be terrorism proper, although they have noted their doubt in cases of Arab-on-Jew violence. For instance, in an attack featuring physical violence (201604030050) that occurred in Rosh Ha’ayin on April 3, a female Arab-Israeli suspect stabbed a female Jewish-Israeli. Two of the three sources the GTD cited indicated that the victim didn’t know her attacker, but one source (from the Left-leaning Haaretz newspaper) indicated that the alleged assailant’s lawyer “argued that the attack seems to have stemmed from a personal dispute.” The GTD used that basis alone to note their doubt that it might have been terrorism proper.

The folks at START, who run the GTD, need to do a better job of applying the same standard to Jews/Israelis as they do to Muslims/Arabs. Specifically, casting doubt on whether an event is terrorism should feature a formula that is applied in all cases, in the same way and at all times. Academic institutions and think tanks claim to adhere to a rigorous standard that experts and laypersons have come to expect from their work. Failing in this endeavor fundamentally undermines the more solid work that START does. It is my hope that by presenting the above evidence, bias can be exposed for what it is. Yet bias can be reduced if people using the database make it their business to complain more loudly when they encounter it.

David Firester is the founder and CEO of TRAC Intelligence (Threat Reporting and Analysis Consultants) LLC, which is a premier threat analysis firm. TRAC Intelligence provides threat assessments for both private and public sector clients.

About the Author
David Firester is the founder and CEO of TRAC Intelligence, LLC. He is also a Graduate Teaching Fellow at Baruch College, a former U.S. Army Intelligence Analyst and New York Police Officer.
Related Topics
Related Posts
Comments