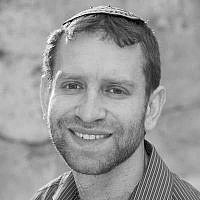 The Blogs
Yonatan Birnbaum
Apply for a Blog
Advertisement
Please note that the posts on The Blogs are contributed by third parties. The opinions, facts and any media content in them are presented solely by the authors, and neither The Times of Israel nor its partners assume any responsibility for them. Please contact us in case of abuse. In case of abuse,
Report this post. 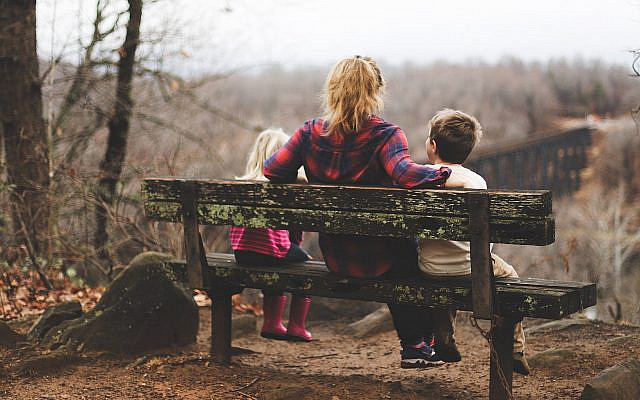 I am a parent of a child with autism. I am not a victim or a sympathy case. Nor is my son. But there is something to be said for the special trials my spouse and I have gone through that some may not 100% relate. There is also what to say about the incredible, transformational treatment my son has gotten since that trying day, three years ago when we walked out of the Child Developmental Clinic with now a label for our son. Not long after, had him registered in a special kindergarten provided by the Education Ministry and the non-profit organization, ALUT, with a program aimed to assist in his development and ignite more interest in the world around him. Since then, my child has gone from a toddler who barely was eating solids and with a vocabulary of maybe a few dozen words to a immensely curious and bright 6 year-old child full of energy and affection. Much of that development if not the majority has been through the enormous care and attention that his gan has worked hard to achieve. Unfortunately, in the midst of his last year before 1st grade, that system is in danger.

A Word from the Knesset

I happened upon a speech last week given at the Knesset by a Tali Gottlieb, a Likud  Member, and a mother of an autistic 11-year old daughter.1 It was on a day commemorating the Rights of People with Disabilities and she used the platform to discuss her experience raising her daughter and the system currently in place to support and care for her. Great opportunity for inspiration, right? Wrong. It was pretty dark. And the crowd was empty. But it was honest. So honest, that it got me asking questions about my own self and how I relate with my child. But first, a little bit about the speech.

Poor Attendance of Knesset Members for A Necessary Cause

Nothing stood out more during her powerful speech save for her passion, than the lack of people in the room. Perhaps 10 Knesset Members were present. And although it didn’t seem part of her script, in the middle of her presentation she compared the lack of listening ears in the room to the general feeling of many special needs parents of not being heard. In my opinion, she could have spent her 10 minute slot just speaking of that, but she was only left to short spurts of frustration to the crowd in between the more vital and intense descriptions of what it means to raise a child who can’t communicate with the world around her. But the fact that there was such an empty crowd is worrisome. I admit that I don’t know the full process of policy reform and perhaps the fact the government is in transition could grant some explanation. But still; if our own members of Knesset can’t even find the ears to voice out their concerns, who can.

The Crisis: A Lack of Special Ed Teachers and Paramedical Therapists

To put it into perspective, in the beginning of this year, it has been estimated that around 110 kindergartens have no טב”מ, or “Preemptive Healthcare Baskets” and hundreds of others have reported a reduction of the standard services provided for special needs institutions.2 This package includes vital intervention therapy  including occupational therapy, speech therapy, physical therapy, art therapy, etc; all of which are essential for autistic children to develop and strive particularly at a young age, when they have the most potential for positive change. There is also a shortage as well of around 1100 special-ed teachers and 117 kindergarten special-ed teachers, making up around 20% of the overall vacancy of teacher positions.3 Take my son’s gan for example; since the beginning of the year, it has been short of an occupational therapist and may not have a replacement co-gannanet after Chanukah. The result could mean that the hours of gan will be reduced and, in essence, his access to further therapy. And more and more parents, both in the urban but even more so in the periphery, are currently facing this very tragedy.

I could end here but there there was another piece to her address that I found quite powerful and awakening. Approaching her limited time on the stage, she described a different scenario; one that started off seemingly harmless but ended in disaster. It began as a simple trip to the mall with her daughter to find her a costume, but Gottlieb couldn’t get her daughter to try on anything because like many kids on the spectrum, certain textures can be so unbearable that it can trigger hysteria. At that moment she glanced at the other parents and described feeling something so intense and overwhelming, that she had to leave the mall. That feeling, she described, was jealousy. Not because of the other parent’s money or stature or Gucci purse that overwhelmed her. It was their children- their normal children.

We all know how much jealousy is frowned upon in society. It’s listed negatively as one the 10 commandments.  It’s even mentioned in this week’s parshah, Vayeshev, when a group of brothers seeking vengeance on Yosef for the special attention he receives from his father, go to an extreme and have him sold as a slave. On the other hand, we all are to some extent guilty of it. It could be as petty as envying someone’s new phone or vacation plans. Or maybe it’s a promotion a co-worker received that we’ve been fighting for. If you’re a Yerushalmi like myself, it’s triggered almost daily when someone else gets that parking spot before you. Hopefully, the negative emotion is short-lived and we go on with our lives, and if it doesn’t, then we really do need to take a deeper look at what’s important to us. But what if that jealousy finds itself in something as unexpected and shocking as another parent’s child. Is there any forgiveness in that? Can we truly look ourselves in the mirror if even a sliver of that wishing thinking pops up? And what if we were assumed of a task as tireless and emotionally draining as raising children with special needs. Would it then be okay?

When I first heard Knesset Member Gottlieb’s address, I instantly was taken aback by the feelings she openly shared. Jealousy? That is pretty disgusting. I don’t know if I can relate to that….But then I took an honest look at myself and my own feelings raising my son. Was that perhaps the right word  when during one of the family gatherings, all my in-laws were all socializing as their children went off to play and I was stuck still trying to get my son, almost 3 years old, to eat anything beyond baby formula? Or maybe that could explain the feeling I had when I received a scolding look from neighbors after he was caught running aimlessly in the street when only minutes before he had been playing innocently on our balcony. Or maybe that’s why I was beyond frustrated, when while other parents were all doing something as simple as driving out of the parking lot with their children after gan, I was forced to  still wait out for my son’s daily 10 minute ceremony of getting into the car (this was a drawn-out ritual that included among other things unlocking the door himself, pressing several buttons of the front seat, choosing which of the radio stations he approved of, etc.) All of these are common descriptions of tendencies children on the spectrum may exhibit, but it doesn’t take away the emotional toll it can place on the parent.

A few years have passed by since my child’s initial diagnosis of ASD, and at the age of 6, he has shown significant improvement. Together, with the immense help of his gan and the therapy he has gone through as well as the skills and tools we as parents acquired via the guidance of the gan’s child psychologist, our son really has made leaps and bounds. His appetite has expanded, he understands the concept of danger and is less obsessed with his rituals. He is making considerable progress in his overall development and the way he interacts with those around him. All in all, I strongly believe that he will grow up to be a contributing member to society and find someone special. With that said, the despair and trials I have gone through at times have transported me to dark places which at the very least resemble the feelings that Tali Gottlieb described and that many special needs parents share.

A new government is supposed to form and with that, I really hope they take the crisis with our education and special-ed system to heart. But even on a grassroots level, it is our responsibility to make sure our voices are heard and to implement change. The story of Yosef may have began with strong but petty feelings but it also ended with a mass exodus of a people. It just needed some good leaders.

About the Author
Raised in Baltimore and an oleh since 2008, I now work for a yeshiva in the old city. Aside from being a dedicated husband and father, I spend my free time biking throughout Jlem and practicing Capoeira.
Related Topics
Related Posts
Yonatan Birnbaum