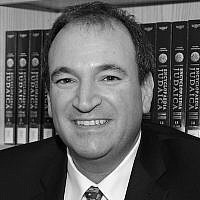 When this week’s Torah portion Chaye Sarah opens, Abraham mourns the loss of his beloved wife Sarah. After the initial shock, he sets out to purchase a grave for her in Hebron. Out of respect for the well-known Abraham, the Hittites offer him any burial plot he desires for free.

Despite their generous offer, Abraham remains consistent in his desire to purchase the land. The Torah reads: “Sell me the Cave of Machpelah … at the full price, for a burial site in your midst.” (Gen. 23:9) According to renowned Biblical scholar Nachum Sarna, the Torah’s account of the discussion between Abraham and the Hittites reads like a legal document because it reflects accurately the modes of contractual arrangements in the ancient Near East.

The question that begs to be asked is what does Abraham gain by purchasing the burial plot instead of accepting it as a gift? Gifts are grounded in generosity, while sales can be considered covenantal. Thus, he insists on buying the plot of land and its adjacent field, so that there would never be any doubt as to its ownership. Abraham’s actions are reminiscent of the original mission of the Jewish National Fund, which focused on purchasing land in Palestine so that its ownership would be authentic and valid. Abraham possesses the foresight that formal agreements are the seeds of understanding and trust.

However, sometimes, even when we make a formal agreement, bilateral compliance is not guaranteed. And, unfortunately, trust does not always emerge.

Over 20 years ago, we witnessed the signing of the Oslo agreement on the White House lawn. I will always remember the palpable sense of hope that accompanied both parties’ commitment to move forward on the road of peace.

The first thing on the Palestinians’ to do list was to change its Charter. While we might imagine that this document reads like our American Declaration of Independence, the PLO charter is not benign. Rather it’s quite venomous. This document, first established in 1964, encompasses 33 articles, 29 of which call for the destruction of Israel.

Changing the charter represents the bare minimum to a discussion of trust and understanding. “You don’t make peace with friends,” remarked Yitzhak Rabin, but how are we supposed to relate to someone who seemingly wants to kill us?

For years before his death, Yasser Arafat stated that discussions for changing the Charter are “on the agenda.” Twenty years later these discussions about recognizing Israel’s right to exist persist. How hard can it be to erase the sections of the Charter that perpetuate hate?

This is not the first time in history that a political figure has not followed through with an important promise. During the 1960 presidential election, JFK promised to end racial “discrimination with the stroke of a presidential pen.” However, once elected, Kennedy procrastinated for several years. Since the American public wanted to believe that the statements of our world leaders to make the future brighter should not be taken lightly, the public waited anxiously for President Kennedy to fulfill his campaign promise. In order to show the president that America had not forgotten his vow to end inequality, thousands of pens were mailed to the White House as a not so subtle hint to remind him to pass the much needed civil rights legislation.

Twenty years ago, when I worked at the Anshe Emet Synagogue in Chicago, we organized a campaign called “Operation Eraser” that sent hundreds of erasers to Chairman Arafat to remind him of his promise to eliminate the call for Israel’s destruction from their Charter. Sadly, the erasers were never used. 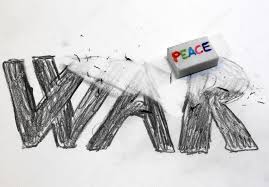 To this day, the Charter remains unchanged. This unchanged document maintains a culture of hate that continues to manifest itself in Palestinian textbooks and the media and fosters violence across the region.

We learn from Abraham that a formal agreement has the power to build trust and understanding when both sides follow through with their promises. Perhaps this is the moment for the Children of Abraham to return to the negotiating table with pens and erasers not just to blot out words of conflict, but also to write a new story of hope.

Twenty-four years after Oslo, the time has come to erase the hate for the sake of the future.

About the Author
Rabbi Charlie Savenor works at New York's Park Avenue Synagogue as the Director of Congregational Education. A graduate of Brandeis, JTS and Columbia University's Teachers College, he blogs on parenting, education, and leadership. In addition to supporting IDF Lone Soldiers, he serves on the International boards of Leket Israel and Gesher.
Related Topics
Related Posts
Comments
Advertisement