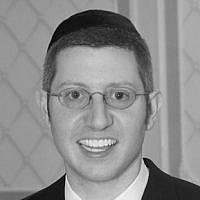 The Blogs
Micah Segelman
Apply for a Blog
Please note that the posts on The Blogs are contributed by third parties. The opinions, facts and any media content in them are presented solely by the authors, and neither The Times of Israel nor its partners assume any responsibility for them. Please contact us in case of abuse. In case of abuse,
Report this post.

Americans across the political spectrum were horrified by the May 2020 murder of George Floyd. Despite this early consensus, activists are now shaping a racial justice movement that is anything but unifying, and which is successfully spreading to academia and industry. Many corporations have chosen to offer trainings based on the frameworks of Robin DiAngello’s “White Fragility” and Ibram Kendi’s “How to be an Antiracist.” The new racial justice movement divides the world into immutable categories of oppressors and the oppressed based on racial group, which is arguably an even a more harmful message for Blacks than for whites, and is remarkably intolerant of dissent.

What is new to me, and is a trend that I feel demands the urgent attention of the Jewish community, is how both the movement is calling out Jews for their privilege, and wading into the Israeli-Palestinian conflict. These trends are beginning to show up in diversity trainings as well. A friend shared her experience participating in a training in which enrollees were given readings based on their racial category, with whites assigned readings geared to their status as oppressors. Among the list of “white” readings was an article designated for Jews, entitled “White Jews – Wake Up. We’re Part of the Problem.” The clear message was that white Jews don’t qualify to be counted amongst the oppressed – we are the oppressors. We are obligated to “step up for racial justice”, specifically by supporting the Black Lives Matter, and must consider that we have become “the Egyptians in this situation”, and have been “complicit in many aspects of systemic racism.”

The author fails to specifically address the connections between Black Lives Matter and BDS but asserts that Black support for BDS is a “flimsy excuse” to fail to support Black Lives Matter. The implication is that we have a moral obligation to support an organization or movement despite its possible links to an antisemitic movement that is one of the greatest threats to our own safety and to the future of the Jewish people.

While this particular training may be an extreme example in terms of overtly calling out Jews for their privilege, it clearly reflects the thinking of some in the movement, even if it is usually done with more subtlety. In fact, two Jewish employees recently filed a lawsuit based on their experiences in diversity training at Stanford University, Jews have needed to push back against the hashtag #JewishPrivilege on social media, and Jewish college students have been particularly impacted.

I find it deeply concerning for trainings whether in academia or industry to call out Jews for their white privilege, connect the issue of racial justice in America to the Israeli-Palestinian conflict, and tell people how to be “good Jews.” Do we want employers or schools telling people how to think about and practice their religion, and singling out Jews?

And context matters. The movement that is now calling out Jews for their privilege is occurring at a time of increased antisemitic violence, when American Jews are increasingly concerned about their physical safety. It is also occurring at a time when Israel’s military response to Hamas terror was met with unusually forceful condemnation, and when the BDS movement appears to be growing.

Perhaps most concerning is that there are Jews who have so thoroughly absorbed the thinking of the new racial justice movement. Jews among themselves may have a right to call each other out for lack of attention to the experience of Blacks in America. But this should never be done in a way which reinforces antisemitic stereotypes that Jews are wealthy, powerful, and care only about each other and don’t want to sacrifice their privilege to help others.

As Jews we must reject the ideology of this new racial justice movement not just because it conflicts with our interests but because it conflicts with our values as both Jews and Americans. It is a bedrock Jewish teaching that we are all people first and foremost, and we are all capable of compassion or cruelty, charity or exploitation. Embracing a binary and defining groups as essentially different from one another – some permanently virtuous and some villains – is biased, ignorant, and will lead to intractable conflict instead of greater human flourishing and greater equality. We should care deeply about justice and work towards addressing systemic causes of inequality. But we should not sit as disciples at the feet of the priests of wokeness to learn how to work towards a more just society. There are articulate Jewish thinkers who are applying Jewish values in tackling these issues – those are the voices that we should be looking to for guidance.

About the Author
Rabbi Micah Segelman writes both scholarly and popular articles on Jewish topics. He is a health policy researcher and completed his PhD in health services research and policy at the University of Rochester.
Related Topics
Related Posts
Comments