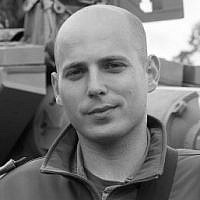 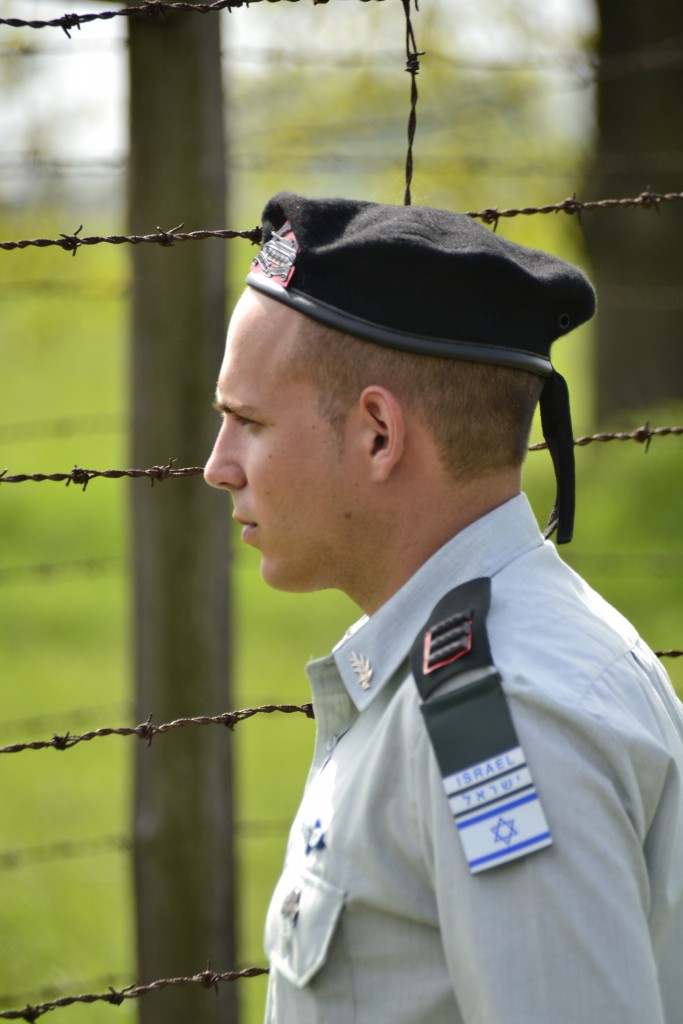 As a grandson of a survivor and an IDF Captain, I find banal ceremonies and “Never Again” declarations ineffective. After leading an IDF march into Auschwitz-Birkenau, I understood the magnitude of our educational failure.

The last day of our IDF “Witnesses In Uniform” delegation to Poland was the mission highlight – entering Auschwitz-Birkenau, the biggest and most terrifying death camp. For me, out of 9.5 years in the army including battle under fire, nothing can compare to that moment.

I march into Auschwitz II-Birkenau. On my left shoulder is the flag of the Jewish state, and in my right hand I hold a Torah scroll, our eternal legacy. In my left hand I hold pictures of my brave great-grandmother, Mathilda Auerbach-Hirsch, and her youngest children: 5-year-old Shmuel and 4-year-old Shoshanah (my mother’s namesake) – all murdered right here, over 70 years ago.

Surrounded by my heritage, our heritage, my responsibility as a combat officer, and our fate and destiny, I led 160 officers, the next generation of Israel’s commanders. Unforgettable.

This result seemingly contradicts the headline, but that’s the point – this was one of the very few moments I bonded with the mission. As we landed in Poland I immediately recognized that I was unenthusiastic, and by the end of the first day I realized why.

“In Poland I feel Jewish, I can’t explain it – I feel more Jewish, only here do I put on tefillin.”, the opening of our first daily debriefing by our Lt. Colonel, a dedicated and devoted commander. This was the atmosphere of the entire trip – Poland defines our identity. Our whole purpose, the essence of our existence and of our military service is “Never Again”.

The Israeli education system and the IDF fail to build a strong and proud Jewish identity among teenagers. That failure affects their motivation as young adults to serve our people and country in significant roles, especially enlisting for combat. Israel’s official remedy for treating this failure has become Poland and the Holocaust. I witness this personally. Dozens of soldiers under my command singled out their high school visit to Poland as the key reason for drafting to combat service. My friend recalled that when he was debating if to extend his service his commander sent him to Poland. As he was landing back in Israel this colonel called when he was coming into the office to commit for more years.

If Poland is the cure to this educational failure, I don’t want any part of it. We need to find better ways to justify our existence here and to strengthen our sense of mission in the IDF. It is impossible to base an entire moral infrastructure on one event or epoch, as tragic as it is.

Two months ago my grandfather, Ben Hirsch, passed away, the last of 5 survivor siblings. So my daughters won’t hear about the Holocaust first-hand like I did from him. The survivors are disappearing, and the next generation of Israelis and Jews might see the Holocaust as something ancient and irrelevant, like… Tisha B’Av.

For the respect we have for Holocaust memory to endure we must stop using it as the ultimate motivational source, and rather as a seminal event in our long history as the nation of Israel; a  history of thousands of years, tragedies and triumphs, full of values and virtues.

Israel is now a strong, flourishing country, a Start-Up nation. It is time to find better ways to strengthen the sense of connection to the IDF mission, and to justify our existence here. It is time to stop connecting everything to the tragic fate of the Jews, and instead to look ahead with vision and a common destiny, true to our roots and timeless values. 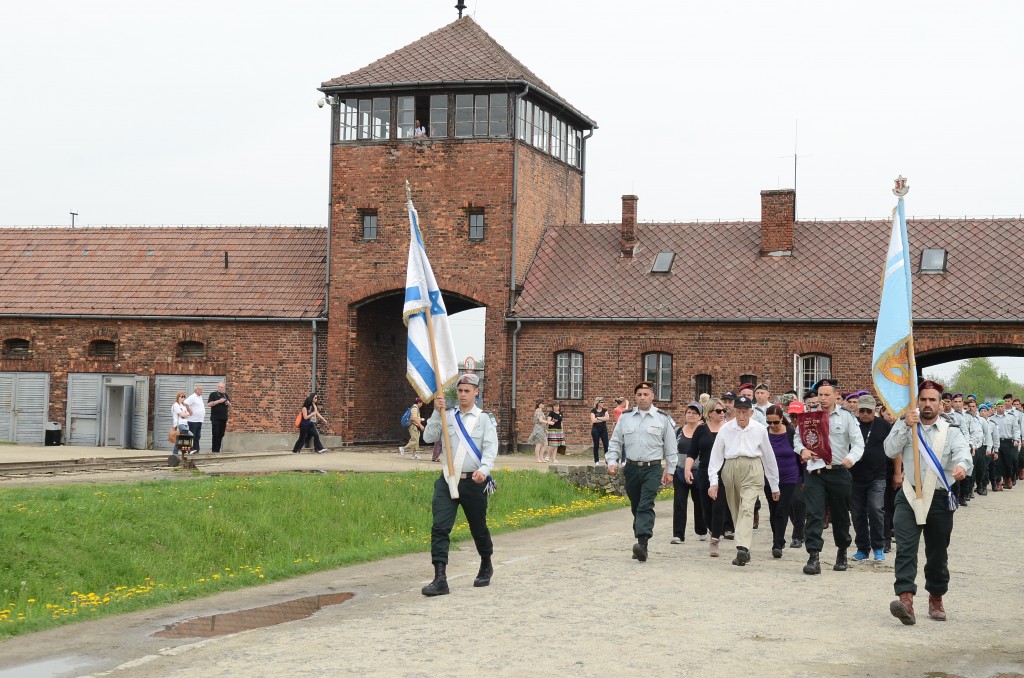 About the Author
Major (Res.) Yaakov Selavan is a strategic affairs expert and IDF motivational speaker for soldiers and draftees. He is a social activist invloved in several NGOs. A Golan resident and an IDF Tactical Command College alumnus, Major (Res.) Selavan is a popular speaker in Israel and abroad and a leading Golan international spokesperson. Through Slingshot Israel, he draws upon military experiences to instill values and encourage social action.
Comments