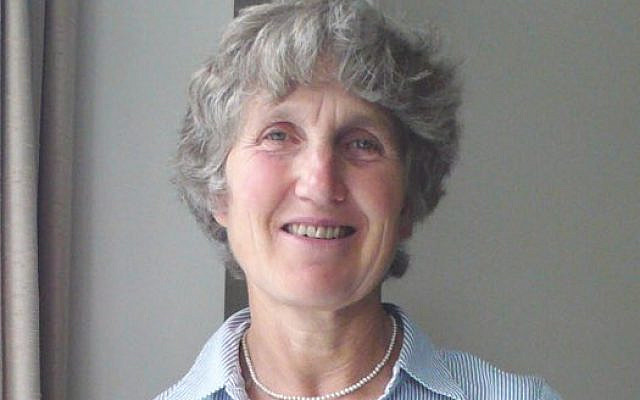 Is anyone else furious that the co-chair of Jewish Voice for Labour (JVL), Jenny Manson, was given a prominent platform on Newsnight on 17th November?

But Manson and her ilk are somehow more infuriating. Manson, for instance, who comes from a Jewish family, has gone on record as saying she uses her heritage to more effectively criticise Israel. In an online interview on October 4th 2018 Manson said:  “When I began to identify as a Jew in order to argue against the state of Israel…”  With those words, she uses her ancestry in the cause of helping to delegitimise Israel.

There are a number of possible explanations for Manson’s presence, from the most straightforward (the speed with which Newsnight’s November 17th Corbyn-Labour-Antisemitism package had to be put together by comparison with their package of the following evening which had BoD president Marie van der Zyl and a carefully-balanced virtual panel), to the most banal (that a researcher simply worked through a list of names under “Jews/Jewish” until he or she found someone who could do the gig). There is also the more sinister possibility, that the slavish devotion of some in the BBC to hostility to Israel led them to invite Manson.

But I think we can dismiss all of those in favour of the most likely explanation: that the producers and editors invited her to be provocative; to provoke controversy. Which would have been acceptable if someone who wasn’t an “as-a-Jew” had been invited to speak for the Jewish community, as Marie van der Zyl was on the following evening. That would have made it crystal clear that JVL’s view and Manson’s view were minority, not mainstream.

Let me digress momentarily to say that, intriguingly, JVL may not have realised the reason for the invite because, according to their website, they were profoundly angry at what they called “Wark’s hostile treatment of Manson.” Indeed, they were encouraging their supporters to write formula letters of complaint to the BBC.

But whatever the reason for Manson’s presence, the worrying outcome is that most viewers will have simply seen someone who repeatedly stated that she was Jewish; one who, despite being frequently challenged by Kirsty Wark, vigorously defended Corbyn. And even more damagingly, explicitly stated that antisemitism in Labour was exaggerated, thus appearing, as a Jew, to confirm the contention of Corbyn allies and acolytes that that was, indeed, the case.

So regardless of any behind-the-scenes shenanigans, Manson was on Newsnight to all intents and purposes a representative of the UK Jewish community.

What is especially egregious is that her presence allowed JVL to create the impression on national television that a significant number of UK Jews welcomed Corbyn’s reinstatement when the reality is that the overwhelming majority of British Jews found it profoundly shocking and alarming.

It was not, of course, the first time a member of JVL has turned up on mainstream media “representing” British Jewry. Manson appeared on Australia’s ABC news in July 2019 to comment on Labour and Corbyn.

Of course, it shouldn’t surprise us that the “asJews” exploit understandable confusion among non-Jews over the, ahem, varied views in our community to pitch themselves to media outlets as simply another strand in the rich tapestry of Jewish opinions. After all, half the time, most Jews are confused by the factionalism. It is worth noting, however, that when it came to Corbyn, an overwhelming majority of actual Jews – as opposed to “asJews” – arrived at the single, unassailable truth, that Corbyn was very bad for Jews (and not good for the country, either unless Venezualan-style Marxism appealed to you).

I do recognise that, given our community’s range of opinions, it is extremely difficult for an outsider – say, a BBC producer or editor – to determine who is appropriate to “represent” UK Jews, so let me offer a sporting analogy. If there was a televised debate about, say, Merseyside football, would it be a fair or balanced programme if the co-chair of Liverpool FC Supporters Club, dressed himself (or herself) in blue and white and spoke “as-a-Liverpudlian” to represent Everton?

Our community does not of course control the media, despite a well-known antisemitic trope that claims it does, so the BBC – and all British media –  is free to invite who it wishes. But before a producer or editor next thinks of inviting someone from a hard-left gang implacably hostile to the existence of Israel which holds views diametrically opposed to most UK Jews, it might be worth pausing and remembering that “as-a-Liverpudlian” guest.