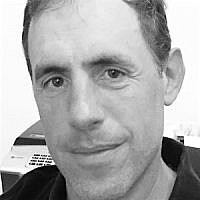 The Blogs
Joe Folkman
Apply for a Blog
Advertisement
Please note that the posts on The Blogs are contributed by third parties. The opinions, facts and any media content in them are presented solely by the authors, and neither The Times of Israel nor its partners assume any responsibility for them. Please contact us in case of abuse. In case of abuse,
Report this post.

It would appear that over the past several months we have all entered into a new mutation of the “cycle of violence” that goes something like this:

1. Arab terrorists attempt to or successfully murder an innocent Jew
2. Israeli forces kill the terrorists
3. The news media publish a highly inflammatory and distorted headline, or don’t report anything at all
4. Pro-Israel Jews are infuriated and vent their frustration on Facebook to their friends, who also happen to be infuriated Pro-Israel Jews,
5. Nothing changes.

The sad fact is the world doesn’t care about Israel. At least, no one cares about Israel’s side of the story. Most protesters on college campuses couldn’t even tell you what BDS stands for, let alone find Israel on a map or spell its name correctly. And yet, dog-piling on Israel has become more popular than the anti-apartheid tsunami that hit South Africa in the 1980’s – frankly I’m surprised that pop artists haven’t released an updated version of “Ain’t Gonna Play Sun City” yet.

And nothing we are going to say or do will make people care. No matter how many phone calls will be made to the BBC or CBS, no matter how many cancel their subscriptions to the NY Times, nothing will alter the media’s (and, therefore, the public’s) perception of the Palestinian David suffering at the hands of the Israeli Goliath.

Even on the diplomatic front, our once-formidable voice has been rendered powerless. If the failure of the US pro-Israel lobby (and its supporting public) to stop the Iran nuclear deal wasn’t telling enough, consider the Honorable Daniel B. Shapiro, who within 24 hours of the horrific murder of Dafna Meir and the stabbing of a pregnant mother, felt comfortable at that very moment in time to chastise the VICTIM’S nation, rather than to empathize with the victims and to call the aggressor party to task. When the United States Ambassador to Israel can publicly rebuke Israel while SPEAKING IN ISRAEL, with no repercussion or walk-back by US officials, that is a devastating indication that the influence of Pro-Israel lobby has reached its nadir.

Incredibly and yet predictably, Europe is going back to its old anti-Semitic ways even at a time where Jews pose no threat while Muslim hordes pose an imminently existential one. Whatever guilt Europe had over the Holocaust is long since gone; and rather than fighting back, the European Jewish Community has adopted the strategy espoused by Rabbi Sacks — they either keep their heads down (or uncovered) or they move to Israel.

Consider the recent comments of the Secretary General of the United Nothing, Ban Ki-moon, who gave a thinly-veiled nod to Palestinian terror last month, claiming that “as oppressed peoples have demonstrated through the ages it is human nature to react to occupation”. Moon, of course, offered no reason as to why neither the black slaves of the 1800s nor the European Jews of the 1940s, nor the Cambodians of the 1970s nor the South African blacks of the 1980s nor the Rwandan Tutsis of the 1990s, nor virtually any other group in modern history that could claim to have been oppressed or faced extinction failed to manifest its “natural” resistance in the form of stabbing and running over innocent women, children and the elderly in the streets. Nor has Moon offered such thoughtful considerations in the wake of any other terrorist attack that has occurred in any other country during his tenure.  No, the world’s foremost ambassador reserves his “yes, but” equivocations solely for the Jewish state, while the world applauds his perverted and deluded version of statesmanship.

And here is another sad realization to internalize — it is not going to get any better. You can watch every Republican Party debate and hope that, somehow, some savior of America will rise from the ashes; but that is just wishful thinking at best and absolute lunacy at worst. As the middle class disappears in America, a restive working class majority will slide farther from the values of Ronald Reagan and closer to those of Bernie Sanders. While we can debate the competing economic and social values of conservatism vs liberalism, there is no doubt that a liberal-controlled U.S government will not be a friend to Israel. And no one in their right mind would bet that in 10 years from now Europe will be a friendlier place for Jews and Israel than it is today.

No, the US will never be what it was; and Europe is returning to what it once was. And neither of those eventualities, as they say, will be “good for the Jews”

So what is there to do? Well, I will tell you what NOT to do. Stop wasting your time posting your outrage on Facebook. Other than possibly being therapeutic, it does little if anything to prevent the next attack on innocent Israelis or Jews around the world. It is just preaching to the choir, with a tune that is sounding increasingly shrill to the rest of the world.

No, if you want to do something, something that will strengthen Israel and better ensure your and your family’s future, then there is only one choice: Start packing. Israel needs you — your energy to uplift its sagging spirit, your democratic values to shepherd its flawed but still fledgling government, your ingenuity to reinforce its intellectual superiority, your economic power to buttress its embattled economy and, yes, your sons and daughters to defend its fragile borders.

As the chag of Pesach quickly approaches, when you will recount the birth of a unified Jewish nation, commit yourself to unifying us once again. Promise yourself, promise your children, that your pronouncement of “L’Shana Haba’a B’Yerushalayim” will be your last.