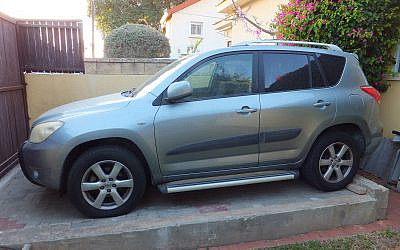 I call it my Aston Martin     (Photo by the author)

I had been thinking about it for a long time. I am not getting any younger; it’s now or never. Yes, I told myself, I am going to buy an Aston Martin.

The dice having fallen it was time for action. A short hop to the airport and I was on my way to London.

If you are looking for a cheap car, the 2021 Aston Martin Vantage is for you. Including all the odd charges, it comes with a Manufacturer’s Suggested Retail Price (MSRP) of just $161,000. How’s that for value?

The Vantage is a 4.0 Litre 8 Cylinder convertible. Be aware that it only has two doors, but what would you expect for this price. Back-seat passengers will have to climb in.

I made my way to the showroom, or that was my intention. I was stopped some distance away by a group of people who seemed to be stuck, quite literally to the showroom windows. Activists, – for want of a better word, this is a family newspaper – were trying to persuade customers not to buy an Aston Martin.

I can imagine my bank manager telling me not to buy these rather expensive cars, even my wife who keeps the household accounts, but who are these Just Stop Oil protestors to tell me what I can and can’t buy.

As soon as I have my Aston Martin, I will take it for a spin. Filling the tank with as much petrol as it can take, my thoughts might dwell for a moment on the Big Oil companies. Hopefully, they are doing well, I have shares in a few of them.  Let them sell as much petrol as they can.

Sadly, today many roads, bridges and tunnels in the DisUnited Kingdom are closed, blocked would be a better word, by Just Stop Oil protesters. Not content with throwing  tomato soup at Vincent Van Gogh’s painting, Sunflowers, at the National Gallery they are now trying to bring life as we know it to a screeching halt.

Carl Benz, awarded patent number 37435 for a vehicle powered by a gas engine (that’s petrol for readers in the UK) back in 1886, would be astounded at the antics of today’s protestors. He was under the impression that he had moved mankind forward, in every sense of the word. Why anyone would want to go back to the stone age is a mystery.