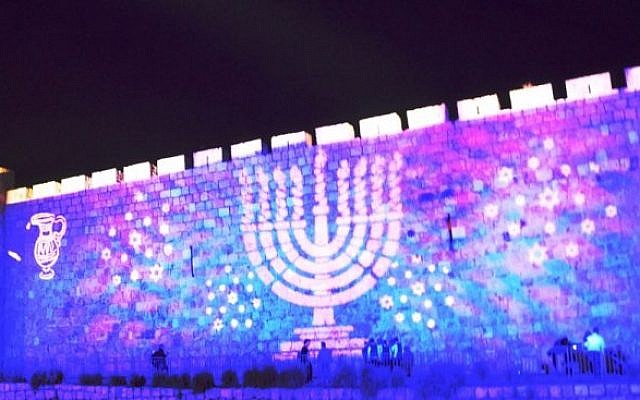 “Progress” demanded that an ugly exorbitantly expensive string bridge be the first thing travelers to Jerusalem get to see. It’s now also dressed up as a year-round Christmas tree, with colored lights that can wave along the strings in senseless sequences. (If it would display pictures or meaningful slogans it would be one thing, but it’s just color for the sake of color. Like a runaway ad. Senseless and tasteless. I’m not stating that projecting pictures of chanukias on the walls of the Old City for a month after Chanuka is any more tasteful.)

The nearby just-opened above-ground part of the new Jerusalem underground train station, of the train that still doesn’t run to and from Tel Aviv and gets stuck several times a week, is also as ugly as can be. It’s mostly glass and air without any details as if it is just an enormously enlarged scale model — which it probably is. If a plane bombed it to smithereens, no one would mourn its fallen beauty.

And now some middle-class snob who regularly writes about design wants the nearby Jerusalem central bus station replaced because it has no charm but is rather degrading and depressing. But this is not a fashion parade! Thank G^d for small favors.

For what do we need all this novel tastelessness in central Jerusalem? More high-rises will be erected close-by to establish Jerusalem as a hub of innovation. And similar enlarged models are erected along the light railway — a monster in itself.

And I’m not even referring to the new overblown ugliness when I reject it. Even if this all were full of beauty, why does Jerusalem need all this emphasis on the exterior when it has such inner small-scale beauty, rich history, monuments and archeology, wildly interesting populations and their passionate interrelationships? Is that what Jerusalem should stand out for, its facades?

One of the best things of making aliyah was to learn to see how relative outer beauty is. Sure, your house should look nice but does the tablecloth really need to match the candles and wallpaper? Is that what we want to work for, emphasize and be remembered for?

And about my headline — I didn’t want to insult all the good simple taste in the US. But the States is also known for pushing this emptiness that is so refreshingly absent in the Holy Land.

If the Jerusalem central bus station is ugly in your eyes, please go back to some wealthy corner of the world where meaninglessness and hollowness are still appreciated and leave us alone. Thank you.