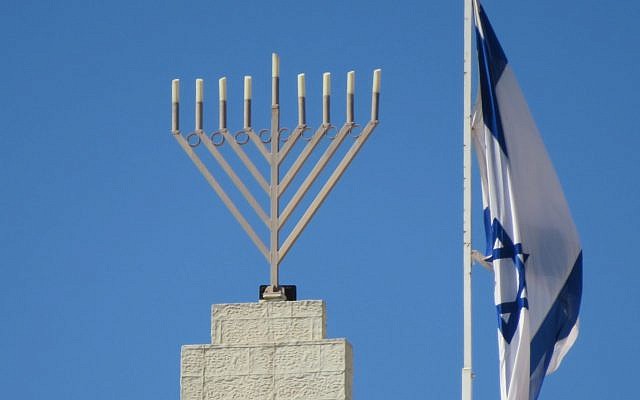 Almost every day, there are stories in the news about left-wing antisemitism somewhere in the democratic world. This week, a thinly veiled union-organized anti-Semitic demonstration took place in Toronto, Canada, attempting to intimidate Jews in their own neighborhood. Also this week, former UK chief rabbi Lord Sacks called Labour leader Jeremy Corbyn, a “dangerous anti-Semite”. Also this week, British Labour Member of Parliament Frank Field, a practising Anglican, left his party because of its antisemitism. Also this week, the American left-wing Jewish publication The Forward warned about “far-left anti-Semitic” tendencies creeping into the US Democratic Party.

Next week, there is no doubt that more such stories will surface. And the week after. And the week after that. Each time, warnings will be issued and disapproving comments will be made. But where do we go from here? What should the left that is not anti-Semitic do about this?

Walking away, although inevitable under some circumstances, is not a long-term solution, however. Voters who are craving left-wing solutions to social and economic problems need a party to support. Voters who may not be aware of the depth of antisemitism within left-wing parties, or who may not see antisemitism as an imminent threat in their daily lives continue to vote on the left. And those who are aware and understand the dangers of antisemitism have no party to vote for.

It is time to consider creating splinter left-wing parties that are left-wing on social and economic issues but also oppose antisemitism, oppose terrorism, and support Israel’s right to exist as a Jewish state and to defend itself. It is time to have left-wing parties that can eloquently, loudly, and proudly speak about the history of the Jewish people and about the many challenges that Israel has faced and continues to face.

In Britain, the case for creating such a party is probably stronger than anywhere else in the democratic world since the Labour Party is led by someone who is, by many reasonable peoples’ estimate, an outright anti-Semite.

In addition to offering palatable alternatives to left-wing voters who oppose antisemitism, creating such parties could also have negative consequences in the short-term, such as splitting the left-wing votes and helping right-wing parties get elected. But to someone who understands the dangers of antisemitism, which anyone who learned history should, a right-wing non-anti-Semitic government is preferable to a government of any political stripe that is led by anti-Semites.

The growing number of stories about antisemitism on the left tells us that this problem is not going away. In Britain, there appears to be a real possibility that an anti-Semite could become Prime Minister. Other countries may follow.

In Britain and elsewhere, left-wing parties must be shaken to the core. Much has been tried in Britain to persuade the Labour Party to address its own antisemitism, but without success. The Labour Party leadership continues to ignore the problem, but there is one thing that political parties cannot ignore. They cannot ignore a challenge at the ballot box, and they especially cannot ignore losing elections.

This is a battle that left-wing people of goodwill have to fight now. It is time.

Note: The picture was taken near the Western Wall in Jerusalem, showing the Hanukkah Menorah next to the Israeli flag. One of the less overt but more widespread forms of antisemitism on the left is the concept of supporting Israel as a diverse state but not as the Jewish state that it is.