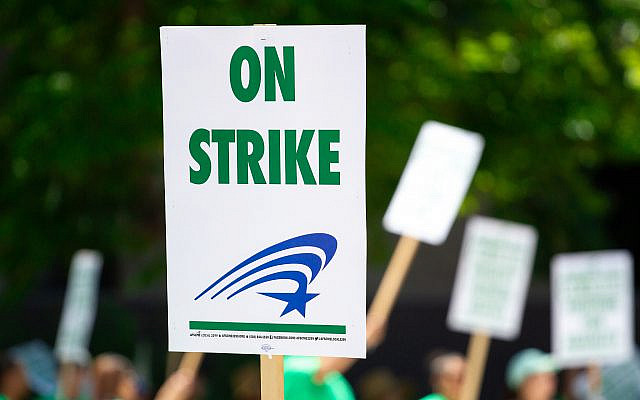 A Common Sign (Free to Use by Martin Lopez from Pexels)

Regular reader of my blog will be saddened to hear that I am on strike. But I will strike a bargain with you, if you read this before the clock can strike the hour, I will not hold a strike against you.

So, let me strike while the iron is hot. This is a new blog, although it may be strikingly similar to previous offerings.

In the Dis-United Kingdom, strikes are at the top of the news. Some 115,999 postal workers are to join the rail unions in causing more chaos for the country. (Why couldn’t they find one more worker to make a nice round number?)

The Royal Mail has been around for a long time. Back in 1516, King Henry VIII established a “Master of the Posts”. A couple of hundred years later, the position was renamed “Postmaster General”.

But, in this day of email, and many other internet programs for sharing information, it is not clear why postal workers are still needed. Perhaps it is time to fire the lot of them. When was the last time that something important dropped into your mailbox that you hadn’t already seen on your computer screen or your smartphone?

Today, in the UK, a general strike is on the horizon. Government ministers are worried that this could turn into a “summer of discontent” or even drag on into a “winter of discontent”. They surely remember the winter of 1978/9, when several British unions called their members out on strikes, leading to the defeat of the James Callaghan government.

And here in Israel, children are being prepared for real life. Their teachers are on strike, a good lesson for the youngsters.

Perhaps the time has come to ban strikes, to make it a criminal offense to go on strike. A worker who is not happy with his pay and conditions is welcome to resign; there is sure to be someone to take his place. But a worker should not be able to hold the country to ransom. Withdrawing their labour is fine but there should be no union to carry on paying their wages, encouraging them to strike.