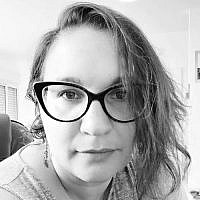 The Blogs
Bracha Goldstein
Heart Full of Words; Soul Made of Ink
Apply for a Blog
Advertisement
Please note that the posts on The Blogs are contributed by third parties. The opinions, facts and any media content in them are presented solely by the authors, and neither The Times of Israel nor its partners assume any responsibility for them. Please contact us in case of abuse. In case of abuse,
Report this post.

“Let them be stringent,” they said. “Let them have their chumras..it doesn’t matter to us.”

I heard the way this new world of Modern Orthodoxy viewed my old world. It was so foreign to me. It felt like we were talking about two different religions.

I heard them and I understood that they didn’t see the negativity the same way because they were separated by a different system of belief and observance.

I shook my head and I tried to explain but they didn’t really care because they didn’t think it really mattered.

I thought it mattered. I didn’t like having the be the one to always accommodate. I did it of course because allowing me to have my life and my ways is a line they can’t cross without encountering doubt. So I said I understood and that I could accept the fact that they could not accept me and let it rest.

Every once in a while I got riled up and inevitably pissed off a close family member to damaging extents.

It mattered so much though. It was hurting me so of course, it mattered.

I am from the black and white. I have roots deep in the culture of those who stand in fear and literal trembling of a God who dictates every aspect of life, from the moment your eyes adjust to the light outside the womb to the second you are determined dead by a feather and a mirror. I have felt the draw of extreme as it offered me comfort and acceptance. I would so much rather be cocooned in the grip of fanaticism than wander around untethered and alone.

But it killed me and the world outside the black and white but still inside the laws and commands didn’t really understand.

I thought about what they were doing so deeply that it burned my brain. I wanted change because I thought maybe then I could go back to it.

Only once I pulled that straying leg over to the other side did I see the confusion straddling both worlds had left me. I saw the clear path towards extremism like a beacon of blinding light and I turned away from it in terror. The path seemed to weave in and out of all 70 interpretations.

As I drifted further away from all the worlds my religion had to offer, I felt less inclined to argue.

Whatever, I thought. Who does it hurt anyway?

“Let them be stringent,” I said.

The words bounced back at me with an echoing question lingering in the back of my mind where I still cared.

Until what point? At whose expense?

The woman sitting on the plane? The young girl who never sees herself in print? The soldier serving his country who changes on the bus? The Ethiopian feeding his family? The lovers denied children?

I can’t just let them be stringent – not standing idly by.

I don’t know how to make them see. I don’t think they can. But I also don’t think I can let it go without standing up and shouting for justice.

Your chumra stepped on me and I am saying enough.

I will not buy the wine or go to the back of the bus or meekly take my seat.

Any way I can, I will not just let them be stringent.