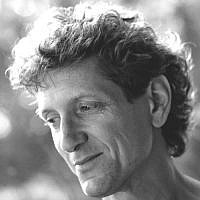 The Blogs
Leon Wiener Dow
Director of Beit Midrash at Kolot, Creator and Host of Pod Drash, Author of National Jewish Book Award Winner "The Going"
Apply for a Blog
Advertisement
Please note that the posts on The Blogs are contributed by third parties. The opinions, facts and any media content in them are presented solely by the authors, and neither The Times of Israel nor its partners assume any responsibility for them. Please contact us in case of abuse. In case of abuse,
Report this post.

Yesterday, three events coincided to arouse in me gratitude for a tremendous blessing that Israel affords, one that at other times seems to me a curse: mediocrity.

Event 1: One of my daughters finished her army service in an intelligence unit about which I know almost nothing. More on this later. 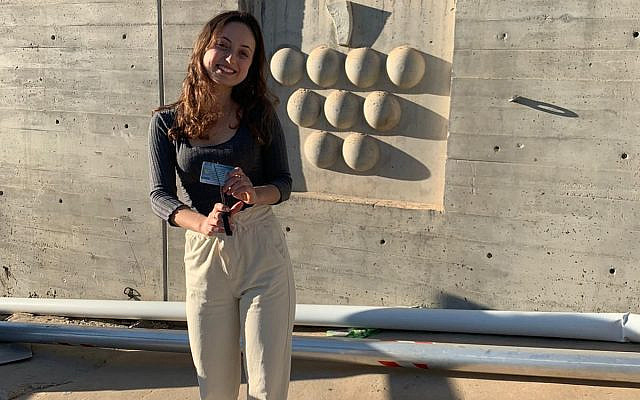 My daughter cuts her army ID card upon completing her service.

Event 2: I emailed a dear friend the picture above of her cutting her army ID card (an Israeli custom upon concluding one’s service), and he let me know that their daughter had been accepted to the college of her choice.

A few years back, this same dear friend had shared with me, as his oldest began applying to colleges and our second child was preparing for her post-high-school future, that the college admissions process had become so competitive in the United States that it wielded a tense and far-reaching impact. The norm in his community was that parents avoided raising with one another the topic of where their children are applying to school.  “It’s much worse than when we were growing up,” he told me.

I shuddered at that thought. In fact, he and I are college buddies from one of those “prestigious” institutions where, even once there, the pressure to achieve and excel is relentless. As I tried to imagine “much worse,” I retraced my path to that university – which went through an elite prep school in Houston where, at the end of every quarter, the school posted the names of those who had achieved Honors (an average of 80 or above) and High Honors (90 or above). With consummate attention to creating an atmosphere of competitive excellence, school regulations also afforded those on the Honor Roll an additional option in their school uniform (for boys, an oxford with maroon pinstripes, for girls a powder blue jumper).

A year after finishing my B.A., I made aliya and found myself in an intimate M.A. seminar at the Hebrew University with Professor Eli Schweid z”l, a prodigious scholar of Jewish thought. Week after week, I was flabbergasted by the willingness of some students to open their mouths and start a sentence with “I didn’t read the assigned reading, but…” – and then continue talking! It’s one thing not to do the reading, I reasoned; I made it through entire undergraduate courses that way. But it’s quite another to willingly admit it and then participate in the discussion!

I quickly understood that what was achieving expression in that moment was not merely Israeli hutzpah. It was also a total and unabashed willingness to abandon the standards of accountability and excellence that were so ingrained in me as to be second nature. Israelis are OK with mediocrity.

Over the years, my initial horror morphed into an understanding that there’s also something profoundly healthy about this willingness to abandon excellence as an aspiration. For this relentless pursuit of excellence extracts a heavy cost: too often, it causes people to pursue a course of action that is not right for them.

Which brings me back to Event 1. My daughter – after getting into the mechina (pre-army preparatory program) of her choice (yay!), was accepted into the intelligence unit she wanted (yay!). And then she began her service – and was miserable. The work was neither challenging nor fulfilling, and the interactions with her colleagues didn’t nourish her. She responded beautifully, trying to better her situation best she could, and eventually accepting the limitations of what her service would be. But I told her she had received a precious gift in this unpleasant discovery that the prestigious path – the one that has people on the outside gaping admiringly, the one that opens up professional doors – might not be the best path for her.

Event 3: Yesterday Pod Drash, a podcast I created and host, released Season 2, Episode 3 “External Success, Internal Happiness.” It offers an in-depth exploration of this issue precisely, and Rabbi Yoshi Zweiback and Sherri Geller, a college counselor at Gann Academy in Boston, help me explore it with nuance and insight. I invited Sherri to share the episode, and she said she’d be delighted to do so – but not quite yet. Why?, I asked innocently. Right about now, she told me, a whole bunch of North American 17 year-olds and their parents are waiting anxiously to know if they were accepted early admission to the college of their choice.

Ironic, I thought. It might be exactly what they need to hear right now. Sometimes mediocrity can be the greatest of aspirations.