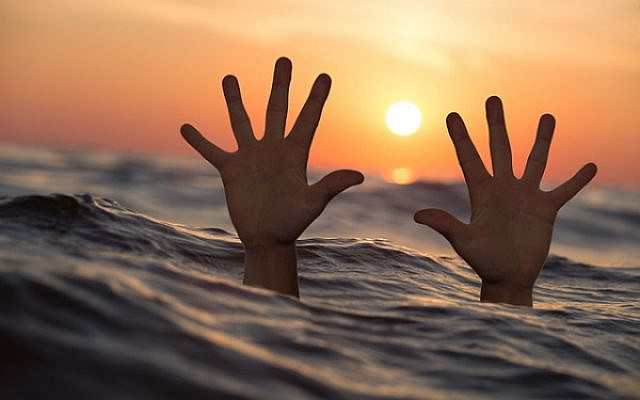 Coming from a totally secular background, like I did, has many challenges and drawbacks, and yet, also some great advantages.

When I became interested in Judaism, at 14-15 years old, it was not an easy time—neither for my parents, my brother or myself. I turned into a somewhat different person and due to my young age, I was not able to fully explain what was happening to me.

When I discovered Judaism by reading some books about it, I was not sure what to do with my new knowledge. It was all very strange and at the same time very familiar, as if an element within my very being recognized something I could not place or verbalize. I was unexperienced and did not have anybody to discuss it with. Thus, this feeling would intensify within me, not having any outlet. The many questions I was asking had accumulated and were very painful—I wondered whether the Judaism I had discovered (which was still very simplistic) had really anything to offer to the real religiosity I longed for. Looking back, as I have explained before, my religious feelings were rooted in a “wonder” that grew within me about all existence—this wonder emerged from deep within me, as a bubble slowly increasing in size until it pops.

However, did Judaism hold the answers to all the big questions? And, if not—why not? Furthermore, there are many other religions, belief systems, and philosophies that may do better. Perhaps they had the right answers.

Especially the emphasis on the great number of rules within Judaism was disturbing. I had been brought up on Spinoza’s “religiosity,” an intellectual love for God, and Spinoza’s attack on the mitzvoth, commandments (like Paul in the New Testament). There were highly attractive spiritual ideas in Spinoza’s philosophy, although some were unclear and very difficult to follow. (Over the years I have wondered, and I continue to do so, whether Spinoza himself had a clear idea of what he meant. How often do readers read far deeper ideas into a text than the author himself ever intended.)

I then consulted some Reform rabbis and started to read books and articles on Reform Judaism. Before the Holocaust, Reform Judaism made serious inroads into the Netherlands; numerous discussions were occurring and many articles had been written by those in favor of Liberal Judaism, while there were also those who strongly opposed this movement.

I was deeply impressed by the arguments of Chief Rabbi Justus Tal (1881-1954) in his booklet “Import-Un-Judaism” (March 1931). He argued that Reform Judaism believed Judaism to be a conventional religion. Rabbi Tal claimed, however, that this is a fundamental mistake: Judaism is not a religion or belief because it does not require the acceptance of dogmata. Rather, Judaism asks for faith, passion, disposition and formation that encompass all of life. It is not a “Saturday morning” religion. It has a temperament of its own that is totally different from all other religions, hence, the word “religion” is a complete misnomer when speaking about Judaism. Rabbi Tal argued that it is not symbols that lie at the heart of Judaism, but something that is expressed by deeds and a special frame of mind.

Rabbi Tal argued further that Judaism is not focused on a specific teaching about God, nor is Judaism a formulation of all sorts of propositions about God’s nature on which the religious Jew depends. From its very beginning, Judaism stood in total opposition to the earlier and prevailing cultures of the meaning of “religion,” and how human beings had created and developed it and made themselves “slaves” to these religions. According to Rabbi Tal, Judaism could not have been the product of human imagination—Judaism was an altogether new phenomenon.

Rabbi Tal’s approach spoke to me greatly since it concurred with my gut feelings after having read about Judaism. His approach also made it clear to me that Reform Judaism’s need to adjust Judaism to correlate with some “contemporary” values, resulting in the elimination of several important mitzvoth, was disturbing. I was convinced that these mitzvoth were crucial because they proved that Judaism’s main mission was precisely to object to some of these “modern” values (about this, another time). It seemed that Reform Judaism was constantly “behind the times,” and that it was trying to show it had accepted the latest modern ideas (some of which were not, in fact, modern) to show how “up-to-date” it was, instead of opposing those ideas not in the spirit of Judaism. Judaism’s function is as a faith of protest; not one of concurrence.

Today I see this slightly differently, since it was not only a need of adaptation to the non-Jewish world that motivated Reform Judaism, but also a feeling that Orthodoxy had not become religiously transformative and instead was stuck. What Orthodoxy failed to do is to demonstrate that the great values of Judaism were a powerful way to display our religion’s real mission and how it could have taken the lead in fighting some highly un-Jewish, unethical ideas. Orthodoxy could have achieved this end by explaining the grand ideas of Judaism and that these ideas would benefit all humankind (not just Jews!) and would transform our world into a better place. This kind of Orthodox Judaism would also show how this philosophy would make it possible to be part of the modern world without giving in to values which were in opposition to its core beliefs.

This was later done by the famous Rabbi Samson Raphael Hirsch (1808-1888) in Frankfurt with his “Torah Im Derekh Eretz” (“Torah and Worldliness”) philosophy, and again later by Rabbi Avraham Yitzchak Kook, the famous Chief Rabbi and mystic of Palestine; Rabbi Joseph Dov Soloveitchik, and Rabbi Eliezer Berkovits, each in their own unique way.

If Reform Judaism would not have had a desire to adapt to some of those constantly changing “modern” values, nor to abolish many mitzvoth, it may have ended up as a kind of neo-Chassidic inspiring Judaism. But this is a story on its own.

Ultimately, reading of these disagreements between the Orthodox world and Reform Judaism helped me greatly to gain a deeper understanding of what Judaism was all about. This understanding serves me well until this very day.

This was an advantage of coming from a secular background and having to discover Judaism on my own.