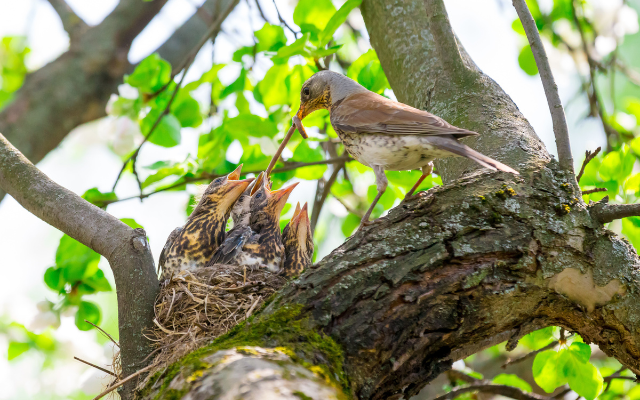 Bird-Nesting may be the way to manage your finances and your kids during a divorce.

“I’m stuck in my marriage because of inflation,” says Michelle*. “Even though we’re in agreement that ending our marriage is better for each of us and our kids, there doesn’t seem to be any way we can manage two separate households.”

Prices are up. Food, gas, utilities, property and rent are all on the rise. Just yesterday, financial expert Rivka Leibowitz wrote in her Times of Israel blog that, “In Israel, inflation is at its highest rate since 2008.” Even though it’s at ‘only’ 4.4 percent compared to the USA’s inflation rate of 9.1%, we are all feeling the effects. But for parents who want to end their marriages and share joint custody of their kids, the higher cost of living might mean they’ll be forced to stay together. More and more people are finding themselves unable to divorce because of inflation.

Up until about 15 years ago it was Mom who got custody of the kids in a divorce. Dad would get them every other weekend and have a ‘sleepover’ one night during the week. While both parent’s lifestyles took a hit, it was Dad who ended up in a tiny little apartment while Mom lived in either the family home or moved to a new place big enough for her and the kids.

In Israel, at least in the case of Jewish families, the financial obligation of bringing up children is borne by the father, divorced or not. After a divorce each spouse is required to support his or herself without assistance from the ex-spouse. But the children’s living expenses, medical care, clothes, food etc are all the responsibility of their father. This is why child support payments in Israel have taken such a huge bite out of (usually) an ex-husband’s salary and it’s also the reason that there is no concept of alimony – just child support.

Most families have two incomes now. And many women contribute half if not more to the family budget. In a reflection of the changing times a court ruling came down in 2017 which changed the status quo of the father carrying the bulk of the financial load. It said that if both parents make the same amount and they have joint custody, no child support payments would need to be made. But this new ruling hasn’t relieved the financial burden on divorcing parents.

Millennial and Gen-X parents (aged 25 to 45) tend to be more equally involved in their children’s daily lives than previous generations. Just last week, a father told me about his very strong bond with his kids. “From the time they were born,” he said, “I’ve been an integral part of their lives. I bathe them and put them to bed every night. I make them breakfast, take them to school and drop them off at their after school activities.”

This phenomenon is reflected in the close to 20% rise in requests for joint custody that our firm’s divorce clients are insisting on. Parents know divorce is hard enough on their kids. And when their relationship with their parents is forced to change drastically, it can have far reaching, negative effects. Says the father who’s been putting his kids to bed every night, “It’s very important to me that my divorce does not interfere with our nighttime ritual, both for my kid’s mental health and my own.”

With joint custody the parents share in the guardianship of their children, (making all decisions for them together) but they split the time 50/50 that each of them actually spends with the kids. They share the kid’s doctor visits, after school programs, clothes expenses and all the other everyday life tasks that come up when it’s their turn.

This means the kids live in two separate households. They pack and unpack their belongings and must stay on top of drop off and pick up schedules. They may not want to go to the other parent’s house at the allotted time resulting in tears and tantrums. The ‘unsettled feeling’ kids speak about often continues for many years even when the parents are able to work together to relieve some of the stress.

I Won’t be Stuck In My Marriage Because of Inflation

As well as the emotional costs, the financial burden of divorce can be significant, even when the parents are on the same page. As Maya* explained, “We discussed selling our home as part of our agreement. After paying off our mortgage there wouldn’t be the funds for me to buy another property. My soon-to-be-ex offered to buy me out but even with that cash down payment I would need a mortgage to purchase another home. I had just started a new job and didn’t have the 18 month work history necessary to qualify for a mortgage. That didn’t seem fair.”

While looking around for creative options, Maya* stumbled upon a fairly new phenomenon called Bird-Nesting.

Bird-nesting is a creative and temporary (for most parents) arrangement whereby the children continue to live in the family home and the divorcing parents rotate in and out to care for them. When they’re not on duty the parent stays in an apartment nearby.

“This checked all our boxes,” said Maya*. “We didn’t want to disrupt the kid’s lives. I didn’t want to give up ownership in our family home until I was ready. This would help everyone in the family transition to our new stage of life with the least amount of disruption possible.”

Maya* found a two bedroom apartment within walking distance of the house. She and her soon-to-be-ex each get their own bedroom (with a lock on the door). They share the common areas but are never there at the same time. They also share the rent and expenses which makes it possible for Maya* to save some money while she’s waiting for her mortgage approval. “We are working so well together now. Much better than when we were living together.” Her kids have adjusted pretty well and Maya* will soon have her Get. “This arrangement really worked out for my family. And it allows me to eventually set up a home of my own, that will be suitable for me and my kids to live in.”

So if you’re worried that you can’t afford to get divorced, consider different variations of bird-nesting. You can come up with just about any arrangement as long as you both agree on it. I’ve even had clients purchase another apartment and kept the arrangement going until the kids were 18 and moved out. Bird-Nesting may very well be the creative solution to managing your finances and your kids during a divorce.

About the Author
Soon after returning to Israel with his family fom a 14 year hiatus in the US, American born and bred attorney Jay Hait went through a vicious divorce exposing him to the dark side of family law in Israel. When it was all over and he came out with custody over his young children, Jay switched from corporate to family law because he knew that there had to be a better way -even within the confines of the Israeli legal system.
Related Topics
Related Posts