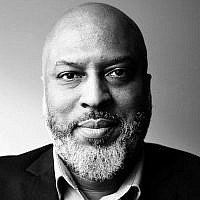 My friend and colleague, Chloé Simone Valdary wrote a brilliant article exposing the hypocrisy and the brazen appropriation of black culture and history by Students for Justice in Palestine.  Chloé’s piece was (is) so effective, that Huffington Post Live asked her to appear and debate SJP representative, Kristian Davis Bailey.  SJP’s “media wing”, Mondoweiss also responded to Chloé in their usual manner: attack the person, change the subject, but don’t actually respond to the issues.  Those who’ve dealt with SJP and their cohorts know this tactic well.  So, since SJP is still trying to figure out how best to deal with Ms. Valdary, I thought I’d give them a few more things to which they can reply.  I hope you won’t mind if I speak to them directly. 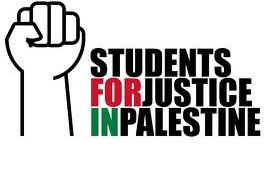 Students for Justice in Palestine, your name suggests that there is, in fact, injustice in Palestine.  I could not agree more.  ‘Palestine’ (Gaza and Judea and Samaria aka the ‘West Bank’) is awash in injustice – committed by Palestinians on Palestinians.  Yet, in my personal observations of your work on college campuses across the country, I never hear you mentioning it.  SJP, your entire focus seems to be Israel’s alleged ill-treatment of the Palestinian people and/or Israeli Arabs.  I’ve experienced your ‘Apartheid Week’, seen your ‘Apartheid Wall’, read your BDS (boycott, divestment and sanctions) resolutions, watched your ‘die-ins’, and heard your chants (“from the river to the sea” is a call for the genocide of all Israelis, by the way).  No doubt your plate is full.  So I thought I’d help you by listing a few ‘justice in Palestine’ matters that could use your urgent attention.  For our readers who are unaware, I apologize in advance for some of the graphic content.

SJP, the dual misogynistic practice of rape and honor killings have Palestinian women trapped.  Honor killings (the ceremonial murder of a woman who has damaged the ‘honor’ of the family) are up 200% in the West Bank from last year.  Palestinian women who are victims of rape are often doubly victimized by being blamed for their own rape and then executed.  That’s right, a Palestinian woman can be legally murdered for being a victim of rape.  There are also Arabic journalists calling for stronger laws against incest in the Palestinian territories. Apparently, those laws are needed more than ever.

SJP, according to Arabic news sources, Palestinian women of diminished mental capacity were being forcibly sterilized.  Some reports say that heinous practice may have recently been stopped by the Palestinian Authority.  But not because you helped. And, as you know, getting accurate information in places like Gaza and the West Bank can be dangerous.  After all, Palestinians are routinely arrested, interrogated and tortured by their leaders.  Prisoners in Palestinian jails are routinely killed. In May of this year, the LA Times issued a Palestinian human rights report citing on findings by the Ramallah-based Independent Commission on Human Rights (ICHR).

Complaints of torture and other mistreatment rose by 50% last year in areas governed by the Palestinian Authority, according to a report by an independent commission.

The report notes “a remarkable increase in the number of complaints received on alleged cases of torture and violations involving the right to physical safety in the West Bank and the Gaza Strip.”

SJP, we know you will lend the citizens of Gaza and the West Bank your strong voice of advocacy.  And, since you’re committed to justice in Palestine, you will surely be protesting the fact that a Palestinian Muslim could be killed for converting from Islam to Christianity.  ‘Justice’ includes freedom of conscience and religion, does it not?

‘Justice in Palestine’ would also include protesting Palestinian leaders embezzlement of billions in international aid money, yes?  According to Arabic sources, Palestinian Authority president Mahmoud Abbas makes a monthly salary of $1 million, and is worth $100 million to date.  In Gaza, population 1.6 million, Hamas boasts some 1400 millionaires.  And they say hasbara pays well.

While lecturing on college campuses last spring I had several SJP members concede that Hamas is a terrorist organization.  But I’m still trying to figure out why that means SJP doesn’t protest them.  Why don’t any of your “die-ins” include Hamas crimes against the people of Gaza?  So, can we expect SJP to fully call out Hamas’ use of human shields and child suicide bombers on campus this year?  With a name like ‘Students for Justice in Palestine’, I know we will see strong support for the Gazans who were slaughtered by Hamas for collaborating with the Israeli Defense Force during the recent conflict there.  SJP, I know you will do great work in honoring these brave Palestinian men and women who confronted Hamas. 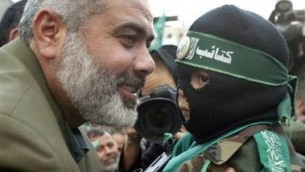 However, you may want to hurry, because Hamas has announced the increased use of lashes as a regular part of their Criminal Code, in Gaza; as well as amputations and executions.  Seems Hamas feels they have not been barbaric enough.  It also seems that Hamas and the Palestinian Authority are unconcerned with Students for Justice in Palestine making America’s young people aware of their human rights abuses and war crimes.  But we know you’ll prove them wrong.

Students for Justice in Palestine, perhaps the greatest indication of the need for your voice is the  waiting list that Palestinians have signed to become Israeli citizens.  Despite your tireless efforts to vilify and delegitimize the Jewish State, Palestinians are lining up to get in; while Arab Israelis are joining the IDF in increasing numbers to protect their religious, political and social freedoms.

SJP, you love to discuss the “occupation,” and blame it for all of these Palestinian on Palestinian crimes; say that you will fix that “problem” first. So, maybe this year we will hear you condemn Mahmoud Abbas’ Fatah party for three times rejecting Israel’s land for peace offers that would have ended it.

SJP, I could go on and on – literally.  There’s so much more; so many more daily crimes by Palestinian leadership that you conveniently ignore.  But I am aware that you are already very busy.  So, my final thought is a simple question: Do you really care about justice in Palestine, or do you just hate Israel?