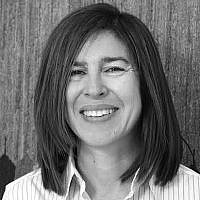 The Blogs
Ronit Treatman
Apply for a Blog
Please note that the posts on The Blogs are contributed by third parties. The opinions, facts and any media content in them are presented solely by the authors, and neither The Times of Israel nor its partners assume any responsibility for them. Please contact us in case of abuse. In case of abuse,
Report this post. 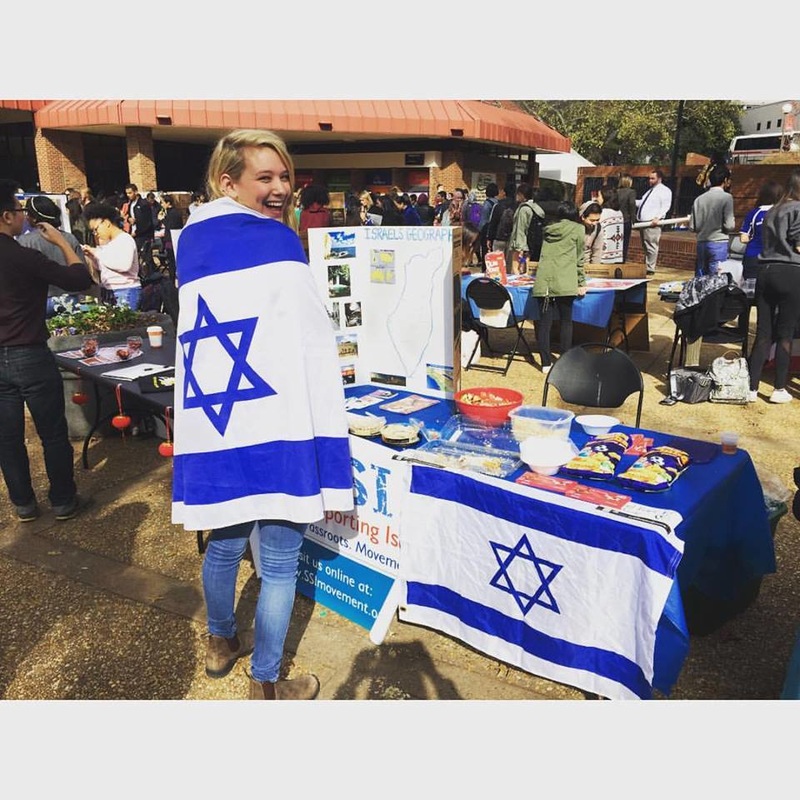 Something puzzling is happening on university campuses in the United States. There is a lot of anti- Israel, anti-Zionist activity organized by groups such as Students for Justice in Palestine, which aggressively occupies much of the public sphere on campus, from university open spaces to lecture halls. The amount of attention the Arab-Israeli issue receives on campus as compared to other issues of the day can be overwhelming and creates a difficult environment for pro-Israel students. Several Jewish organizations have attempted to ameliorate this situation or at least provide some support to students to navigate it. Many Israeli students who study in the United States perceive these efforts very differently than do American Jewish students. Some Israeli students have translated their unique perspective into action and are pioneering different tactics to defend Israel on campus.

“What is the best response to Israel hatred, anti-Zionism, and anti-Semitism on campus? To hide in your off campus “safe space?” To keep your head down and your mouth shut while you wait for it all to blow over?” Ilan Sinelnikov asked me. He told me that this was the guidance he and his sister Valeria Chazin received from the existing local Jewish organizations when they experienced their first Israel Apartheid Week at the University of Minnesota. The Israeli-born siblings weren’t having any of it. They were raised with such Israeli concepts as “taking the fight to the enemy,” and “not surrendering ground.” When they perceived that there was no one group employing principles such as these, they founded their own grassroots effort to fight back. They named their group Students Supporting Israel.

Ilan told me, “when I first arrived at the University of Minnesota in 2011, I noticed many signs all over campus inviting all students to participate in Israel Apartheid Week.” According to Israel Apartheid Week’s web page, this event’s purpose is, “to build support for the growing Boycott, Divestment, and Sanctions (BDS) Movement.” The Students for Justice in Palestine, an “anti-Zionist, pro-Palestinian college student activism organization,” sponsored this event. As Ilan perceived it, “there was no student organization to represent Israel. My sister and I requested help from the local Jewish organizations, but they didn’t do anything.” In fact, most college campuses do have active Jewish organizations taking steps to address this issue, but to Ilan and Valeria’s Israeli-born eyes there was a vacuum.

The causes of this disconnect may have to do with changes within the American Jewish community as it relates to Israel. American Jewish organizations are dealing with an increasingly secular and fractured Jewish community. Beginning with the oil shock of the 1970s and continuing with Prime Minister Benjamin Netanyahu’s assertion that “the settlements are not the problem,” many American Jews have increasingly found a divergence between their liberal, democratic philosophy, and how they see Israel behave. Many other American Jews have a much more sympathetic view towards Israel and see Israel challenged as never before. Israel, which used to be a unifying force among American Jews, in many contexts, has become toxically divisive. This is particularly true on college campuses. Campus Jewish organizations are limited in how aggressively they can defend Israel, and on which issues, at the risk of dividing the Jewish community. Responses that seem tempered, reasonable, and broadly supported by other Jewish campus organizations, seemed inadequate to Ilan and Valeria.

In Ilan’s critique, “the existing Pro-Israel organizations are not coordinated, and have not been proactive in defending the Jewish students against Students for Justice in Palestine. Even the best-intentioned organizations talked at the students who opposed Zionism, not with them. They did not engage students who are exposed to Students for Justice in Palestine’s propaganda in a conversation about their concerns. While it is wonderful that Israel has enriched the world with its technological developments, these organizations’ strategy of trumpeting Israel’s successes does not answer people’s questions about the conflict between the Israelis and the Palestinians, Ilan said. “I knew that Students Supporting Israel could do better than this,” he added.

“Initially, a group of Israeli students joined SSI. American Jewish students followed. Students who are not Jewish became interested, and some from Indian and South Korean backgrounds connected with SSI as well. A community of peers to support Israel was created on campus. They formed a strong support network, which ensured that no pro-Israel student would feel alone again when confronted with anti-Zionism/anti-Semitism,” Ilan explained.

“Students in other universities admired and shared SSI’s success on social media. They were inspired to open their own chapters of SSI. Structurally, a decision was made to mirror the way SJP is organized. SJP is one organization: a network of student groups under one brand. SSI adopted the same organizational structure. In contrast to the already established pro-Israel groups that have a top down management style, SSI was determined to succeed by allowing the students to use their creativity, and to direct all activities. The SSI members decided to engage the members of SJP,” said Ilan.

Ilan told me that,“SSI students began attending events hosted by SJP. They did not adopt SJP’s modus operandi of shouting down speakers. Instead, they prepared in advance and directly addressed the accusations against Israel, and asked difficult questions. The SJP presenters were not able to provide satisfactory responses. A discussion with the audience ensued, and participants wanted to learn more. SSI members realized that they could influence undecided people. SSI members have been so effective with this that SJP representatives have started complaining that SSI is “stealing their narrative.”

Valeria Chazin added, “Within eight months, SSI chapters were started in sixteen universities. In 2014 SSI became a non-profit organization. Currently, there are 42 chapters with 300 board members. Last year, over 20,000 students participated in activities organized by SSI.”

Israel Apartheid Week is taking place at Columbia University as I write this article. I sent an email to Brian Cohen, the executive director of the Columbia/Barnard Hillel, asking him how Hillel is guiding Jewish students on campus during Israel Apartheid Week. He shared what Hillel does for the students, “A few of the ways in which we’re supporting students:

1)      We advise them to challenge things they hear or see on campus.  Leaders of our Israel attend events on campus, listen to what’s being said, and vigorously challenge the speakers during Q&A.  They have done an exceptional job in exposing lies and bad information.  When SJP held a panel entitled “Zionists are Racists,” we had 100 students walking around campus with shirts that boldly declared them Zionists, with a definition of what that means on the back of the shirt.

2)      Our student leaders have been writing op-eds in the student newspaper.  Here is a great example.

3)      Some students, especially first year students, have never been exposed to anything like this before. Our professionals are around campus, checking in with students, and making sure that everyone feels supported, safe, and informed.

He concluded with, “This is a marathon – not a sprint.  We do yearlong programming to expose students of all backgrounds to different views and perspectives about Israel.  This includes bringing hundreds of students to Israel annually, teaching them through a variety of classes, sending them to advocacy conferences, and giving them the opportunity to learn with and hear from top educators and speakers.” By any measure, this is a comprehensive and credible response.

At Columbia University, the difference in SSI’s tactics can be seen in their response to Israel Apartheid Week. As this year’s Israel Apartheid Week began, Valeria told me, “Israel is much more than the conflict. We want to tell the story of Israel, the Jews’ ancient ties to the land; it’s history, culture, and diversity. We want students to be able to put themselves in the shoes of regular Israelis in order to understand why Israel takes the actions that it does.”

SSI countered Israel Apartheid Week with an effort called the “Hebrew Liberation Week.” They designed militant graphics featuring a rising fist, intended to resemble left wing liberation movements, but which also resembles right wing imagery. They created blue and white Kefiyahs intended to symbolize the indigenous Jewish connection to the Land of Israel. They manned a table with exhibits about Israeli art, history, and culture across from the SJP demonstration. Most dramatically, they rented an airplane trailing an advertising banner reading “Hebrew Liberation Week,” to fly over the SJP protest.

In a post on Facebook, SSI explains, “During Hebrew Liberation Week at Columbia University, we decided to create a logo that would depict aspects of both our ancestral culture and will to self determine. The Shield/Star of David has several meanings. However, it is most commonly known as the symbol of security and strength for the Jewish people.

In addition, the ‘Rising Fist’ image is often used to symbolize the act of standing up against oppression and violence. Our first empowers those who are persecuted for rising to Zion and aims to strengthen and unite the Jewish community.

These two symbols merged together represent our struggle. We will not be silent or silenced on this campus. We will always stand up for our identity and our right to exist.”

SSI’s aggressive and “in your face” language and tactics represent something new, although perhaps not something with which mainstream American Jewish organizations or students will gravitate towards or feel comfortable with. It may exacerbate tensions on campus, or it may provide needed balance. It may cause divisions within the Jewish community on campus, or it may provide a needed rallying point for pro-Israel students to unite around. On its fifth anniversary, SSI’s impact is growing and for those concerned with Jewish life on campus, its development is something important to watch.

About the Author
Ronit Treatman is the food editor of The Philadelphia Jewish Voice, and the creator of Hands-On Jewish Holidays.
Related Topics
Related Posts
Comments