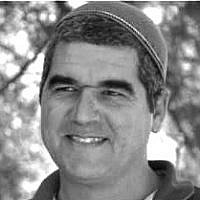 The Blogs
David Haivri
Indigenous Jew in the Heartland of Israel
Apply for a Blog
Advertisement
Please note that the posts on The Blogs are contributed by third parties. The opinions, facts and any media content in them are presented solely by the authors, and neither The Times of Israel nor its partners assume any responsibility for them. Please contact us in case of abuse. In case of abuse,
Report this post.
I wonder of any academic research has examined the volume of philosophical and theological thought could be triggered by the theme song of a TV sitcom?

When I was a little boy in America I used to love to watch the antics of Alan Alda, Loretta Swit and their team on M.A.S.H. TV comedy series depicting a U.S. Army field hospital in Vietnam. I picked up the lyrics and would sing it to myself between episodes.

Come to think of it that was exposure to the word suicide. I would happily sing along the words “suicide is painless, it brings on so many changes…”. I thought that it was so funny just based on the association to the show. Although, I didn’t even know what the word meant. It some point someone did explain to me that suicide is when someone kills themselves and that in relation to the story of the show it was a means to get out of Vietnam. That seemed even funnier to me as a little boy. I thought that it was totally outrageous that someone would even consider doing that and it seemed very strange that someone cause hurt themselves to an extent that they would die without causing pain.

Later in life considering when ever the issue of suicide might come up in the news or closer to home this song would immediately reappear in my mind and the chain of philosophical and theological ideas that I had considered would resurface.

I write about this today following reports that my friend, Israeli journalist and activist Gil Ronen was found dead in his home in Harish. He was 56, divorced and lived alone. Reports or rumors imply that he took his own life. I have no way of knowing if that it true or not. But, again the silly M.A.S.H. theme song reappears in my my along with the thoughts. How should we as Jews, an parents and as community leaders react to this event.  And then there comes the inner deliberation between values and friendship, honor of the dead and concern for the living.

Traditional Rabbinical attitude towards suicide is very clear. The rabbis teach us that taking one’s own life is considered a sin and only permitted in three even worse circumstances. Giluie ariot, shfechut damim and Avoda zara which bacily means that it suicide is permitted or even required in the instance that a Jew is forced to have forbidden sexual relations or forced to murder someone else or forced to worship idolatry. In any other case of suicide the deceased would lose their standing in the Jewish community, condemned to be buried on the other side of the fence, outside of the Jewish cemetery and their family would not sit shiva week of mourning for them.

In recent years rabbis tend to find ways around the traditional harsh sections. In consideration of the feelings of the loved ones left behind, typical rabbis will rule that we can not be sure that the death wasn’t caused by accident or that the changed his mind at the last second after he pulled the trigger but before he died, so he can be considered have done Teshuva repents and can be forgiven for this horrible deed.

Some would argue that it is disrespectful to our dead friend to assume that he did commit suicide and so to smear his name after his death by speaking badly about suicide in reference to this tragedy. While I share this sentiment not wanting to be disrespectful to Gil who was a good man who cared about his family and community and will be missed by many. Clearly he suffered greatly from the sorrows that caused his depression.

The reason that I feel compelled to speak out and state the traditional negative attitudes towards suicide in Jewish thought is in order to transmit this position to others who might be having a very hard time in life and suffer from depression. They must know that this is not a legitimate easy way out that will be accepted and understood. If you are having a hard time you must reach out for help, share with others, go for therapy, see a doctor and get a prescription of medication that can help you get through this. Give credit to the one above and pray for his help and guidance.

Suicide is not funny and not painless. I am sorry for my friend Gil and even more so for his two kids who will have to deal with his choice for the rest of their lives without him there to support them.

About the Author
David Ha'ivri is an Councilman on the Shomron Regional Council, Chairman of Committee for Commemoration of Victims of Terrorism and Chairman of Committee for Road Safety. He a strategist specializing in international relations with vast experience in Jewish-Christian and Jewish-Arab dialogue. He is an inspirational speaker and a social media personality. He provides support in strategic planning for public figures, investors and philanthropists.
Comments