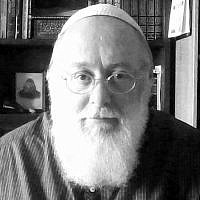 The Blogs
Nachman Davies
Practising and promoting Contemplative lifestyles in Judaism
Apply for a Blog
Advertisement
Please note that the posts on The Blogs are contributed by third parties. The opinions, facts and any media content in them are presented solely by the authors, and neither The Times of Israel nor its partners assume any responsibility for them. Please contact us in case of abuse. In case of abuse,
Report this post. 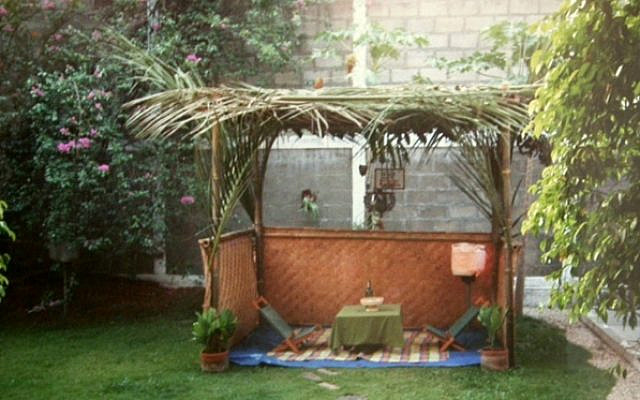 According to the text of Vayikra 23:43, the commandment to dwell in sukkot (booths/shelters) is observed:

“In order that future generations will know that I made the children of Israel live in booths when I brought them out of the land of Egypt.”

In the Exodus narrative itself, these booths are not mentioned. This gave rise to a Talmudic dispute in which R. Akiva’s claim (that the festival of Sukkot refers to physical booths built in the desert) is contested by R. Eliezar, who suggests that the shelter referred to is none other than that of the “annanei kavod”…the Divine clouds of The Glory which protected Israel in the desert. (Midrash Sifra 17, Talmud Bavli, Sukkah 11b).

There is  a sense in which both opinions are correct.

The hut (sukkah) which is built during the festival of Sukkot is a reminder of our reliance on Divine Providence and Protection. For some the emphasis is on the idea that it is we ourselves who build it-literally by our labour and creativity and figuratively by our attempt to live according to the Torah.  For others it is a reminder that ultimately we are totally reliant on the Protection of God, and that He will be gracious to whomsoever He chooses. Both ideas are part of the liturgy of this festival, and both ideas can be a fruitful source of inspiration for our meditation, prayers,  and other acts of gemilut chasadim.

Though the nature and symbolism  of the Shelter/shelter under which we celebrate generated much creative argument – one opinion on the festival of Sukkot  which was always universally agreed upon is that Sukkot is the “Season of our Joy”.

The Joy which characterises this season celebrates a “time in the desert” which was no Nature Ramble or jolly summer-camp vacation. As Rabbi Irving Greenberg wrote in 1988:

“In the desert, the people of Israel met their God, ate the bread of heaven, and followed the pillar of fire. In that same desert, The Amalekites attacked, the water springs were bitter, the Israelites lusted after meat, the flocks were thirsty.

The Joy of Sukkot is the joy of optimism in all circumstances-those we perceive  as “good” and those we perceive as “bad”- and it is the fruit of authentic and expansive gratitude for whatever we are provided with daily. But, how can we feel joy at ANY time when we are aware that there is so much poverty, suffering and cruelty in our broken world?

The sukkah in the photo above (one I built in 1994 when I lived in Indonesia)  would be a palace to millions of people in our world right now and at any time of year. Sometimes G-d’s reality seems to be  more cruel than we humans can perceive or even begin to understand.How can we experience joy when  so many of our Nation (and  of the entire Human Race worldwide)  are suffering and dying in the  current  viral plague?

Those fulfilling the commandment to build and dwell in a sukkah during Sukkot are challenged to cope with the mix of Chesed and Gevurah in Creation and find  the  balance of Tiferet:  ways to make their reliance on the Providence of G-d and their attempt to generate equanimity overflow to all worlds.

Even if we begin “small”: Sitting in the Sukkah, we are given a choice: We can moan and grumble when the roof leaks,or we can try to keep our spirits up and focus on the beauty of the stars we can see through the hole. We can give up the task of re-building when the winds blow the makeshift walls down or we can be optimistic and remember that all we have is temporary anyway, and just plod on with hope.

It is by reflecting on such common aspects  of life  in a modern sukkah when we are safe and in “good” circumstances that we can generate the sort of positive outlook that stands people in good stead in times of crisis.  And with the viral pandemic, the intensifying threat of war and terrorism,  and the expansion of antisemitic and anti Israel prejudice…. we are certainly in the  midst of such a time  right now.

The Festival of Sukkot has always been one of our most Universalist festivals.  It is  a time  when  the  Priestly Nation of Israel turns its thoughts to the well being of all Nations, and offers its sacrifices for a global cause. We are no longer worshipping in a Temple and  our sacrifices are now made through  acts of tzedakah and especially through our prayers.

The contemplative Jew  believes that prayer has a role to play in this situation of global crisis, even though it may not be so readily measured.  Relying on Divine Providence does not mean that we expect magic to be performed on our behalf. Our prayers for the victims of natural disasters, for those trying to repair the damage done  to our broken planet, and for those politicians, volunteers, and  caring professionals who work to raise up the  bodies and  souls of the afflicted and persecuted are not an attempt to overturn the laws of nature. They are an attempt to generate positive thought and energy, and to make a plea for inspiration and comfort to descend into the hearts of those in the midst of difficult times, and to those “In Power” and those with  influence to make positive and compassionate  changes.

In this  way, we are imploring HaShem to make his Compassion “overcome” His Strict Justice.

Our faith in Divine Providence is not quietism. Our belief that our prayers make a difference is part of our active community service. Our prayer is meant to encourage and to generate positive and creative events in ourselves and in other people. As the  Yom Kippur prayer book has recently reminded us : Our prayer may not “avert the harsh decree” but it can “transform it”. It may actually give hope to those who have no hope. It may be one of the ways which the “sukkah of G-d’s Presence” is extended over His wild and broken earth.

All of this is above national and partisan politics. All this is  above vitriolic fighting over vaccination policy or quarantine regulations.  All of this is  above the criticism of  governments or leading political personalities who we may have made into scapegoats for our our own failings or who we use to bolster up our escapism in the  face of genuine anxiety and pain. All this is above  the  seeking of modern age conspiracy theory scapegoats   to send  to Azazel. There is no person or event or situation that cannot somehow be an agent of G-d’s Providence, for all is “in” Him, both the light and the  dark.

But, when  all is  said and done, and despite our attempts to develop our  spiritual equanimity….. it is better to light a candle than to rant and rave at the  dark, to be grateful for  the Sukkah and its apparently flimsy protection.  And  to try to see its hidden beauty even in a storm.

Most of all, in Israel, our beleaguered  and threatened country, may our prayers avert harsh decrees of disease and war,  and  protect us  against the hatred of those who would destroy us.

May He shelter us all in the Sukkah of His Peace.

About the Author
Nachman Davies is an author, copy editor, and Jewish Contemplative. After a lifetime working as a composer and school music teacher in UK, Jakarta, and Singapore: he became totally deaf, bought a cave house in Spain, and began a twelve year experiment in living an observant yet solitary life as a full time contemplative practitioner. He made aliyah in 2019 and now lives in Tsfat in Northern Israel. (His personal website "Jewish Contemplatives" can be viewed at https://jewishcontemplatives.blogspot.com )
Related Topics
Related Posts
Comments