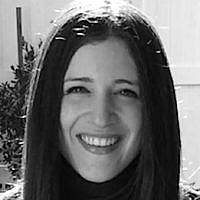 The Blogs
Ariel P. Cohen
Apply for a Blog
Advertisement
Please note that the posts on The Blogs are contributed by third parties. The opinions, facts and any media content in them are presented solely by the authors, and neither The Times of Israel nor its partners assume any responsibility for them. Please contact us in case of abuse. In case of abuse,
Report this post.

When I moved to Charlottesville, Virginia, last year for my graduate studies, almost nobody from my Jewish community of Los Angeles knew where it was. Many of them thought I was moving to Charlotte, North Carolina. Then, in one ugly August day, everything changed. As violent clashes erupted between white nationalists and counter-protesters on Saturday, Aug 12, my little town became a global news item.

I would be lying if I said I wasn’t afraid. As the only Jewish History doctoral student at the University of Virginia, I sometimes feel alone. After the riots, I took down parts of my public online profile. Anytime I hear that neo-Nazis might return to Charlottesville, I remove the mezuzah on my front door, because I have recurring nightmares that they might locate me.

And yet, despite the fear, I also have hope.

I felt this hope during the Jewish holiday of Sukkot. On October 6 I proudly brought my dad, visiting from LA, to our little Charlottesville Sukkah at Congregation Beth Israel. As we stood in our flimsy outdoor sukkah we both marveled: how could a group of less-than-a-minyan radiate such powerful Ruach?

So did several Christian passers-by. I watched them, crosses around necks, stop to look; I heard them gently hum along; I even heard one child whisper, “Are there really only five or six people in there?”

There really were. At CBI our voices emanated from our Shelter of Peace – Sukat Shlomecha – through its only open side, the back. I turned around and imagined our luminous songs dancing across the street to Emancipation Park. I watched a site of continual terror with the Robert E. Lee statue everybody’s been fighting over – the reason for the Charlottesville protest and counter-protest – become overwhelmed by melody, pure and pirouetting.

After davening a stand-up comedian, Monish, entered the Sukkah. After making jokes about his Indian heritage, he wondered aloud why none of his Jewish friends could answer, “What’s the significance of Sukkot anyway?!” As I put my arm around my dad, we turned to look at the answer:

The empty back wall.

Sukkot is the coming and going of voices and visitors through the largest portal G-d will ever give us to the rest of the world. It’s connectedness to what’s outside of ourselves and our communities.

Unfortunately, prayers of hope weren’t the only things passing through our empty wall that weekend. The next night, Emancipation Park was covered in neo-Nazi torches. Richard Spencer led 40 – 50 white supremacists in chanting, “You Will Not Replace Us!” while Jewish congregants sang Shehechianu across the street in the Sukkah.

Immediately Rabbi Rachel Schmelkin received worried texts from Charlottesville clergy members. When she explained that worshippers were praying outdoors, church leaders and even community activists, including our population’s most vulnerable people of color, arrived within minutes to guard the Sukkah. They escorted Jewish congregants to their cars, spreading a light of love and peace that far outshone the darkness of those neo-Nazi torches.

As a Jewish Los Angeleno, I never had to think about the vulnerability of the Sukkah’s empty wall before that night. But the immigrants and people of color here in Charlottesville have. The up-tick of Charlottesville’s neo-Nazism is but a late addition to a rhetoric of hatred that threatens constantly to penetrate our communities – through an open door.

And yet, the holiday of Sukkot insists on that open door.

We in Charlottesville are struggling with the “why” of this vulnerability. But in moments of hope, I can see why: in the four walls of my Jewish History classroom here at UVA, my 60 almost-all non-Jewish students know what it means to embrace “the other.” In their journey to understand the Jews they are becoming little vulnerable Sukkahs. They tore down one of their four walls when they took new seats in class this week, introducing themselves to classmates they see all the time but couldn’t name. I gave them five minutes to know one another and watched them spark light with their conversations about white supremacy in our community, tearing down walls of difference. We could call these students vulnerable.

But this vulnerability of the Sukkah, its unique openness to the “other,” is the only thing that will outshine any neo-Nazi torch. So as the leaves here change color and fall descends, leaving the Jewish holiday season behind, let us allow our empty wall to remain so we can keep sparking the light that can outshine the hate.

About the Author
Ariel Cohen is a doctoral student in Modern Jewish History at the University of Virginia in Charlottesville. She has two Master's degrees: one in Art History & Archaeology (Columbia University) and one in Modern Jewish Studies (Jewish Theological Seminary of America). She was an undergraduate at the University of Pennsylvania. Ariel also has a strong background in curatorial work in museums such the Guggenheim, the National Museum of American Jewish History and the Philadelphia Museum of Art. Her scholarship has been recognized by multiple awards, including the Andrew W. Mellon Fellowship in the Humanities and the Jewish Studies Fellowship at UVA. She has five published entries in the Encyclopedia of the Bible and its Reception (Visual Arts section).
Comments