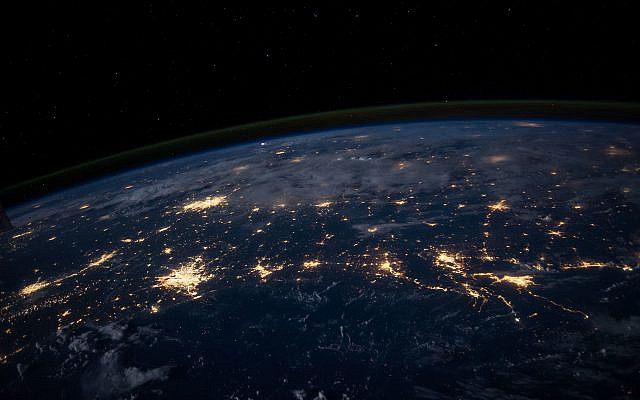 Within Judaism, it can often seem like we are solely particularistic — that we are focused on Jews and Jews alone. Throughout most of the Torah, we are the focus, as it is the book of our people. While true, such an approach misses a fundamental component of what it means to be a part of the Jewish People and, by extension, the world-at-large. At our core, we are all about the world. Our relationship with Hashem as the Chosen People is for the world, as He told Avraham, “All the families of the earth will be blessed through you” (Bereishis 12:3). On Sukkot, we’re reminded about this.

The holiday of Sukkot involves a bit of manual labor. For the eight-day holiday, we build a temporary hut — a sukkah — decorate and design it, and we top it off with the proper covering. But we are also building something greater: something for the world.

Over Sukkot, we are commanded to offer 70 bull sacrifices across the seven days. We begin with 13 bulls on the first day, and we gradually decrease by one each day through day seven, when we offer seven bulls. On the last day, however, we only give one offering (Bamidbar 29:12-32). The enormity of the sacrifices on Sukkot is unusual, and the gemarah makes the connection.

In Masechet Sukkah, Rabbi Elazar explains that the 70 bulls offered over the course of Sukkot, from day one through day seven, correspond to the 70 nations of the world: one bull for each nation. Of course, since there is no Beit HaMikdash (Temple), these sacrifices are not currently offered. Rabbi Yochanan thus notes his pity for the world, as they don’t realize what the absence of the Beit HaMikdash means for them; these bulls were offered for their own spiritual renewal, an atonement of their own.

Rebbe Nachman on Breslov adds to this idea. He writes that Sukkot is all about expanding Hashem’s kingship to the entire world, and that’s at the crux of the 70 sacrifices (Likutei Moharan 33:9). Sukkot is when we take Hashem from being the King of “us” the Jewish People to “Us” the entire world. As Rebbe Nachman quotes, “to the end that all the peoples of the earth may know that Hashem alone is God, there is no other” (I Melachim 8:60).

Rav Kook revolutionized how we balanced Jewish particularism with Jewish universalism — the balance between cherishing our unique relationship with Hashem while also connecting with all of humanity and creation, not just Jews. In his work Orot, Rav Kook wrote, “Israel as a special nation, blessed with the depths of its holiness and divine aspiration is influencing the whole stature of all peoples, refining the national soul of every people, and bringing all peoples closer by force to a more sublime and noble status” (“Israel and the Nations of the World”). He delves much deeper into this idea, but on its surface, the message is clear: The Jewish People are here to be a blessing to the rest of the world, to bring every animal, person, and nation closer to the One Self, shared by us all: Hashem.

It’s important we tightly maintain our Jewish identity. Our nation was chosen to be a holy nation, one that, as Hashem told Avraham, would be a conduit for Hashem into the world. Sukkot is a time to reflect upon what that means. When we had the Beit HaMikdash, this idea manifested itself in bringing sacrifices for the nations of the world. This Sukkot, we must ask ourselves, what will we do for the nations of the world? Hashem is King of all the world, not just us.