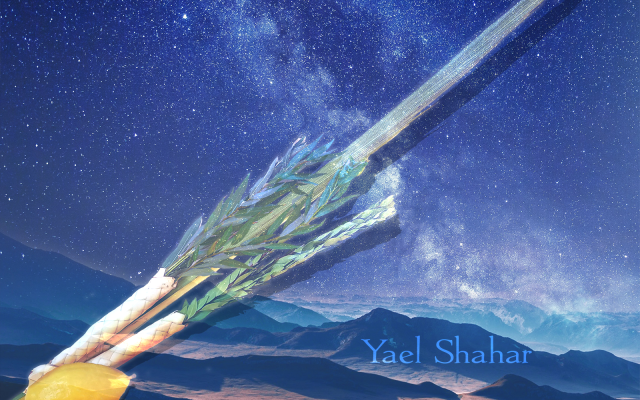 Sukkot is called by our sages “The Time of our Joy” ( זמן שמחתינו ).  While other holidays are said to be times of joy as well, Sukkot is singled out in particular by the Torah (D’varim 16:15): “You shall be altogether/only joyful.” (והיית אך שמח)

But can we ever be “altogether” joyful? Is there ever a time when we are completely without other emotional states? Especially now, when we’re facing a global pandemic that has already killed over one million, and is only expected to get worse as the northern hemisphere moves into winter. When climate change is already causing upheaval for millions of people, and erasing species at an alarming rate. When whole nations are so polarized by competing narratives that unity seems unattainable.

Can we really be “only joyful” at such a time? It would seem that the Torah is asking of us the impossible.

And yet, in Parashat Nitzavim, which we read the week before Rosh HaShana, we are assured that the Torah never asks us to do the impossible:

This would seem to imply that we can indeed be “altogether joyful” despite external circumstances, and regardless of the psychological challenges.

The key to unraveling this seeming contradiction may lie in the little word “אך” used by the Torah to command the observance of joy on Sukkot. While this word is usually translated as “only” or “solely”—implying exclusion of contrary states— Rav Yoel bin Nun argues that this word may not mean what we think it does. In fact, אך may be read as a shortened version of אכן (“indeed/nevertheless”). It would thus have the connotation of juxtaposing seemingly contradictory phrases to bring out some hidden meaning. Rather than excluding other states, it may act to include and compare them.

Thus the phrasing of the Torah may point to a more complex reality: Despite the many reasons for feeling anything but joy, you will indeed be joyful.

The gift of vulnerability

Perhaps this is the key to understanding a baffling passage in the Talmud (Ta’anit 8a):

Here too, we seem to have a contradiction: how can anyone be joyful in suffering? Isn’t suffering by definition the opposite of joy?

There are numerous words for “joy” in Hebrew. The particular word used here is the same as that used in the commandment of Sukkot—שמחה (Simchah) This type of joy is in a category all its own, and partakes of a quality beyond any bodily pleasure or emotional happiness. Rav Ish-Shalom once pointed out that only one letter differentiates the Hebrew word “Simchah” (שמחה)—here translated as “joy”—from the word “tzmichah” (צמחה) which means “growth”. So perhaps a better translation of Rabbi Yehoshua ben Levi’s statement would be “Whoever is able to grow through suffering brings salvation to the world.”

Thus, we’re commanded to be אך שמח (altogether/nevertheless joyful) on the very holiday when we are commanded to leave the safety and security of our homes and take up residence in flimsy huts roofed with greenery. The observance of Sukkot requires us to acknowledge—even rejoice in—our vulnerability, even when we are exposed to every blast of wind and open to the rain. This is a joy that is anchored in the eternal, a joy that can dance over the abyss in the sure knowledge that the spirit of God hovers over the waters.

May we use this realization to build a better world, in which we can indeed be joyful.