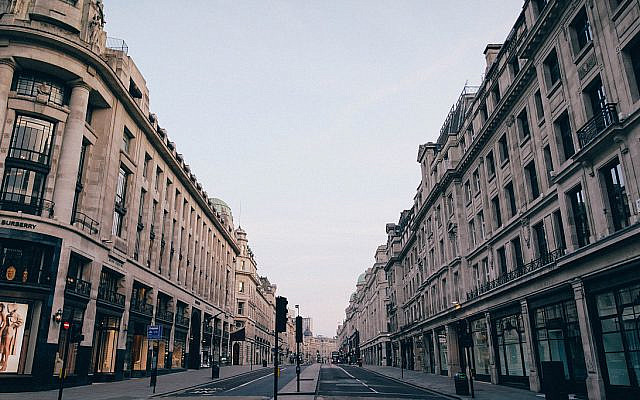 As part of its efforts to restart the British economy post-Covid, the government is considering the  suspension of  Sunday trading laws, thus permitting shops to open all day on Sundays. This welcome development would be the latest assault on archaic restrictions on personal liberty that have no place in a modern economy. But did you know that this assault began as a Jewish initiative?

Among the many  victims of the Coronavirus pandemic there are a few whose deaths have hit me particularly hard. One was that of Michael Goldmeier.

Goldmeier, who died on 4 April 2020, was a former chairman of both the Mill Hill synagogue and Jewish Care. But he came to my attention much earlier, when as head of litigation at the quintessentially  Jewish law firm Berwin Leighton Paisner he advised the Jewish-owned Tesco supermarket chain on how it might undermine the sweeping prohibition on Sunday trading then enshrined in the 1950 Shops Act.

Under the provisions of this  Act no retail shop in England & Wales  could open for business on Sundays other than for the sale of a limited range of specified goods, such as newspapers and alcohol.

But where Jews were concerned, special rules applied. A retailer wishing to trade on a Sunday in items not exempted by the  Act, and who claimed a ‘conscientious objection on religious grounds’ to trading on the Jewish Sabbath, could apply to the relevant local authority for a Sunday trading licence.

Provided the paperwork was in order, the local authority was duty-bound to grant the application. If a suspicion subsequently arose suggesting that the application had been fraudulent – perhaps because there was evidence that the trader operated in one area on a Saturday and in another on a Sunday – the local authority could bring a case to a special tribunal known as the Jewish Tribunal.

The Jewish Tribunal  was unique: it was the only permanent statutory tribunal in Britain operated  on a purely private basis. Its funding and its operation were in fact managed entirely by the Board of Deputies of British Jews. At its meetings – which as a young Board member I  insisted on attending – a local authority could bring evidence of alleged wrongdoing by a Jewish holder of a Sunday trading licence.  The Tribunal could revoke the licence.

During the 1970s shopping habits underwent a profound change.   It was legal to sell racy newspapers on a Sunday but not the Holy Bible. Legal to sell whisky but not powdered baby milk. Popular attitudes towards the Victorian Sunday turned at last from apathy to open hostility.

But what alarmed the Board of Deputies was the appearance of Jewish companies that offered to legally acquire non-Jewish companies solely for the purpose of facilitating the operation of these enterprises on a Sunday. From Mondays to Saturdays the companies would trade as normal. At midnight on Saturday ownership passed to the dummy Jewish company, which had already obtained the requisite licence to trade on the Sunday!

In 1979, to deal with this situation without wishing to put its head above the parapet and involve itself (Heaven Forbid!) in public debate about the future of the 1950 Act, the Board of Deputies obtained official authorisation to establish panels that could interrogate Jewish traders before a Sunday trading licence was granted. The Board, in other words, decided which British citizens of the Jewish persuasion could trade on a Sunday, and which could not.

Traders applying to the panel had no right of personal interview, and if, by gracious courtesy of the panel,  they were granted a personal interview they had no right to be accompanied by a friend or lawyer. So I began to offer my services as a tutor, advising Jewish traders on what to say if  the panels or the Jewish Tribunal cross-examined them, and on what not to say. I attended – as a silent observer – some such meetings, at which the most intimate details of personal religious observance and even of family finances were probed and raked over.

I considered the establishment of the Sunday trading panels as a gross dereliction of duty by the Deputies – an attempt to preserve communal image at the expense of Jewish rights. So it was that, as a Jew, I publicly campaigned against the 1950 Act.  And it was in the course of this activism that  Michael Goldmeier and I found ourselves fighting for a common cause.

In 1994 the laws on Sunday trading were pruned, allowing a modest amount of general trading and shopping. That this most necessary reform owed something to the late Michael Goldmeier is beyond question. But I would like to think that it also owed something to me!