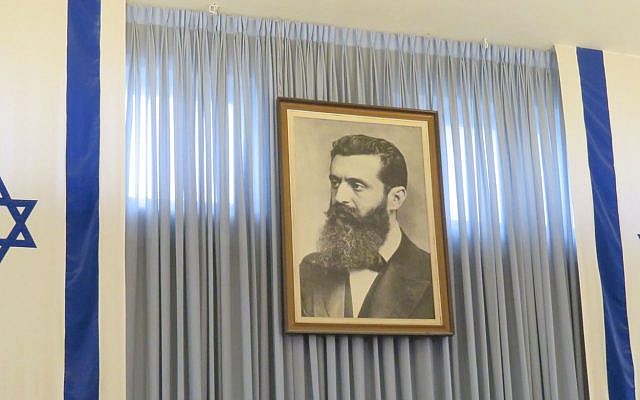 Israel, which has one of the highest standards of human rights in the world, is frequently condemned at the United Nations while countries with horrific human rights records rarely are. University campuses often hold events condemning Israel while ignoring tyrannical regimes of all kinds. Demonizing Israel has become a fashion statement and a widely accepted form of antisemitism.

Israel still has to defend itself against armies and terrorists, but it also increasingly must fight for public opinion in a number of countries, most notably the United States. If Israel loses critical public support in the United States, it could lose US support at the United Nations Security Council (UNSC), it could face economic sanctions, and it could be weakened militarily. Israel’s supporters outside Israel are needed to counter that threat.

But supporters of Israel are badly divided on several fronts. These divisions weaken a group that is already fighting an uphill battle against opponents of Israel who are far more numerous, better funded, and better organized. It is time for supporters of Israel to stop the infighting and to direct all their efforts in the direction where it is needed, in support of Israel.

But while each individual has legitimate opinions and may have interesting ideas, divisions along these lines are pointless and destructive. Israelis, through their democratic process, decide these questions and will continue to do so, regardless of what we think. Taking strong and public positions on these questions is not helpful and creates divisions where unity is needed.

Some of the divisions are along partisan lines. In Canada, Conservative supporters of Israel are rightfully proud of the legacy of the Stephen Harper government in its unequivocal, eloquent, and effective support of Israel. In the United States, Republican supporters of Israel are rightfully proud of some of the actions taken by President Donald Trump, including moving the US embassy to Jerusalem, cancelling the Iran deal, and re-imposing sanctions on Iran. Where Conservatives and Republicans go wrong is when they claim that only their party can support Israel, which is blatantly untrue.

Even more importantly, when support for Israel becomes a partisan issue, support for Israel is in danger because no party can stay in power forever. Although there are differences among parties in the way they relate to Israel and there always will be, pro-Israel voices must remain in each party and must work with pro-Israel supporters of other parties to make support for Israel non-partisan. That is not always possible, but it should always be the goal.

In 1973, Israel came close to losing the Yom Kippur War. One the reasons for that near loss is that Israel had become somewhat complacent after its relatively easy victory in the 1967 Six-Day War. Now may be the Yom Kippur moment of the pro-Israel movement, and whether we snatch victory from the jaws of defeat as Israel did in 1973 or whether we fail may depend on a small number of votes in a few states of the US.

The complacency of the pro-Israel movement is understandable. The Boycott, Divestment, Sanctions (BDS) movement makes much noise but has no significant tangible achievements; in fact, Israel has never been more economically successful and has never had as many trading partners as it does today. The UN can huff and puff, but as long as the US is there to save Israel on crucial votes of the UNSC, the UN cannot hurt Israel. The anti-Israel haters can intimidate isolated Jewish students on campuses, they can hold demonstrations with the flag of Hezbullah in London and Toronto, but they carry no real weight in the political arena.

However, this could all change if someone who is truly hostile to Israel (not simply critical of Israel as President Barack Obama sometimes was) is elected President of the United States.

Israel would find itself isolated and vulnerable. An attack by Iran with the help of some Muslim and Arab regimes would become far more likely and far more credible.

The danger is real. In the United States, Bernie Sanders who essentially condemned Israel for defending itself against Gaza terrorists came close to winning the Democratic nomination for President. In Britain, Jeremy Corbyn who called Hamas terrorists his “friends” came close to defeating the Conservatives of Theresa May, and he still could. Unity in the pro-Israel movement has never been more important than it is today.

Supporters of Israel must place Israel ahead of partisan politics and other differences. When Israel is the issue, the interest of Israel should be the only consideration, and the indication of that interest must always be the position of the democratically elected government of Israel.

Whether the Israeli government is right-wing, left-wing, centrist, or a broad coalition, it represents the will of the people of Israel. Its position is the only objective measure of what is good for Israel. Anything else is posturing, partisanship, and hypocrisy.

If you are a supporter of Israel, trust the collective will and wisdom of the Israelis. They have overcome colossal obstacles during the last 70 years in part because Israel’s supporters have supported them faithfully. When Golda Meir raised money for badly needed weapons during the war of independence, it is unlikely that Israel would have won the war if donors had demanded to know how the money would be spent.

If you are a supporter of Israel, simply support Israel, period.

Note: Photo taken at Independence Hall in Tel Aviv in May 2018. In this room, under this picture of Theodor Herzl, the father of political Zionism, Israelis declared their independence on May 14, 1948.