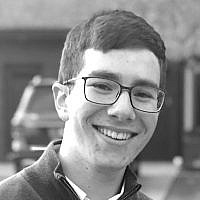 The Blogs
Abraham Schoen
Apply for a Blog
Advertisement
Please note that the posts on The Blogs are contributed by third parties. The opinions, facts and any media content in them are presented solely by the authors, and neither The Times of Israel nor its partners assume any responsibility for them. Please contact us in case of abuse. In case of abuse,
Report this post.

Today, in a monumental decision, the United States Supreme Court refused to review a lower court decision that overturned a 655 million dollar judgment against the Palestinian Liberation Organization (PLO) and Palestinian Authority (PA) in favor of American victims of terror in a case called Sokolow v PLO. The aforementioned lower court, the US Court of Appeals for the Second Circuit, had ruled in August of 2016, that American courts don’t have jurisdiction over the PLO and PA under the Anti-Terrorism Act for terrorist acts occurring overseas. By refusing to review the case the Supreme Court upheld the decision of the Court of Appeals.

Sokolow v PLO is a case brought by Shurat Hadin on behalf of American victims of terror. Shurat Hadin is an Israeli law firm dedicated to combating terrorism through the justice system. In this case Shurat Hadin represented the victims of 7 terrorist acts that occurred during the second intifada. In each of these 7 acts several Americans were killed or wounded by terrorists supported and employed by the PLO and PA. Prior to being appealed, an American jury in New York found that the PLO and PA were liable for the terrorist acts, and handed down a judgment of 655 million dollars in favor of the American victims of terror.

While the case was before the Supreme Court last June, the Court invited the US government to file a brief in order to set out the administration’s position on the question. To the shock and disappointment of the American victims, the Solicitor General filed an amicus brief supporting the PLO and PA in the case. The Supreme Court adopted the position of the Solicitor General and supported the decision of the Court of Appeals.

The Solicitor General’s position is bewildering considering that in 2007 the PLO and PA filed documents in American courts committing to defend all the cases brought in US courts against them under the Anti Terrorism Act. They emphasized the importance for their own interests in presenting their case to the American public.

As for what’s next, we have seen that both the United States House and Senate have supported the American victims of terror. Maybe we will see the issues addressed in congressional hearings next session.

About the Author
Abe Schoen is a highschool student living in Atlanta, Georgia where he attends Atlanta Jewish Academy. He is a teacher in a local Sunday school, Jewish Kids Group, and a member of Bnei Akiva.
Related Topics
Related Posts
Abraham Schoen
Comments