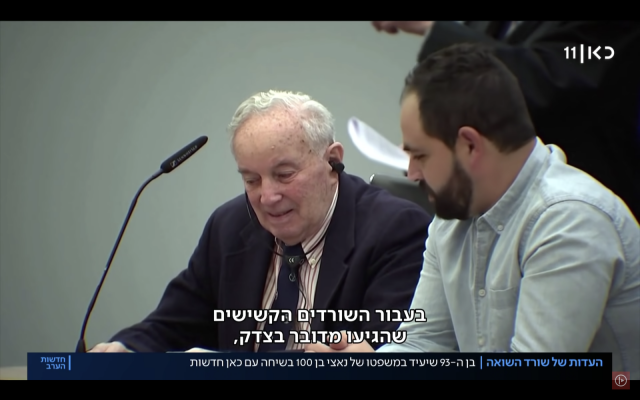 Holocaust survivor Emil Farkas of Haifa was one of the best gymnasts in Israeli sports history. He was Israeli National champion twice and won multiple medals in the Maccabiah Games. But his greatest badge of honor may be the testimony he gave in a German court earlier this month.

At nearly 93, Farkas was the first witness to testify in person — and, apparently, the only Israeli survivor who will do so — at the trial of former S.S. guard Josef Sch ü tz, who served for almost three years in the notorious Sachsenhausen Nazi concentration camp.

Emil was born in February 1929 in Zilina, then Czechoslovakia and today Slovakia, to a middle-class Orthodox Jewish family. His father managed a shoe store that sold orthopedic shoes, and his mother was a nurse. He was the youngest of five siblings: four brothers and a married sister , who was the mother of a one-year-old daughter named Erika.

In the wake of the Nazi invasion of Bohemia and Moravia in March 1939, Slovakia became a separate political entity, ruled by the fascist Slovak Hlinka Guard, in effect a satellite state of the Third Reich. Restrictions on Jewish life became increasingly severe: the yellow badge was made obligatory, and, in March 1942, the first deportations to Auschwitz and Majdanek began, as did the tragedy of Emil’s family. 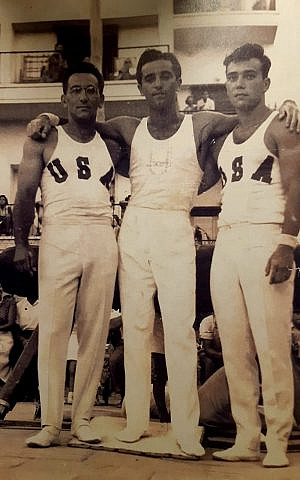 Among the deportees to Auschwitz were his brothers Bela and Arpad, his sister Peppi and her husband and infant daughter, all of whom were murdered there. Emil was soon sent to two Slovak forced labor camps, first to Novacky and later to Sered, and from there in 1943 or 1944 to three German concentration camps in which the conditions for the prisoners were much harsher, and the chances of survival much slimmer.

The first was Sachsenhausen, where by sheer luck his athletic prowess helped save his life. Every day Emil would get up an hour or so before rollcall, wash himself with snow (in the winter) and do gymnastic exercises with incredible precision. The S.S. guards were shocked by his performance and reported him to the camp commander, who transferred him to work on the “Shoe-Testing Commando,” a group of political prisoners (all non-Jews), whose task was to break in new army boots for the S.S. They did so by marching 30-40 kilometers from 5 a.m. to 5 p.m. each day in a brand new pair of boots, while singing German military songs. Their reward was an extra piece of bread, which helped Emil survive, but if not for his physical strength and stamina, he may have shared the fate of other prisoners who died in the course of these grueling marches.

From there, he was deported to Bergen-Belsen, where he barely survived a savage beating by camp commandant Josef Kramer, a notorious sadist who was hanged by the British after the camp’s liberation. From Bergen-Belsen, Emil was sent to Dachau, where he was liberated by American soldiers, and nursed back to health with the special assistance of a Jewish US Army officer.

Needless to say, testifying at the trial was not an easy task for Emil. Preparing a chronologically accurate narrative of all the different camps and important incidents would have been a challenge for someone half his age, let alone a nonagenarian of almost 93. Luckily, German lawyer Thomas Walther was leading the Farkas “team” — Emil’s relatives and myself invited to accompany him to the trial. Walther, who together with his colleague Kirsten Goetze is responsible for the dramatic change in German prosecution policy vis-à-vis Nazi war criminals that facilitated the belated German trials of the last decade, crafted a dramatic statement for Emil to deliver at the trial.

After relating the major details of his travails in the camps in which he was incarcerated, with a special emphasis on Sachsenhausen, Emil addressed the defendant directly:

“I am sure you must have seen me many times running with the ‘Shoe Commando.’ Today I came to Brandenburg to see you. And therefore I want to ask you: At the end of your one-hundredth year, is your dark secret worth so much to you, that you cannot bring yourself to apologize for your contribution to my suffering? Isn’t it time for you to be brave?

“You didn’t only see me, you also always heard me sing the song I was forced to sing. The name of the song was ‘Erika.’ And thus you heard me sing the second stanza again and again…as I thought about my sister Peppi’s one-year-old daughter, whose name was Erika.

“You Mr. Schütz, you became an adult, living 100 times longer than Erika!”

Hearing that testimony in Hebrew in a German courtroom, read by Emil’s granddaughter’s husband Doron Ben-Ari who had to replace Emil for technical reasons, was an unforgettable experience and one which I found extremely moving. 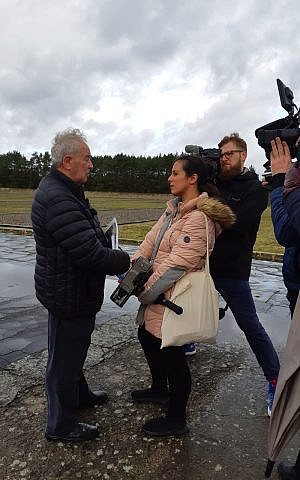 Emil gave an equally poignant speech on Friday night at the main Berlin synagogue and magnified the impact of his presence at the trial through powerful interviews with the media in which he emphasized the importance he attributes to trials of elderly perpetrators like Schütz, even this many years after the crimes were committed. Our visit with him to Sachsenhausen with Dr. Astrid Ley, the director of the memorial site, also received extensive media coverage.

The hospitality extended by the German government was remarkably gracious — everything possible was done to make Emil and our group feel that we were honored guests. Even more striking was the camaraderie that developed within our delegation under the leadership of Walther, a Righteous Among the Nations German lawyer who has devoted his life to a shared cause. We were a group of Israelis of different persuasions, ages and religious observance, united by our commitment to the mission and thrilled to be able to participate in achieving justice for Holocaust victims and survivors.

About the Author
Dr. Efraim Zuroff is the chief Nazi-hunter of the Simon Wiesenthal Center and the director of the Center's Israel Office and Eastern European Affairs.
Comments