Suzanne Singer entered eternity this week. After a protracted illness my dear friend, and mother of my officer Lt. Alex Singer, finally is at peace reunited with her beloved husband Max z”l and her son Alex z”l, who sacrificed his life in Lebanon over thirty years ago, in the words of Suzanne, so that, “families in Israel could remain safe in their beds at night.” Suzanne was for many years an editor and writer for Moment magazine and Biblical Archaeology Review in Washington D.C. Since her aliya with her husband Max z”l in 1998 her focus moved to how young people build their Jewish lives. She helped guide the Alex Singer Project, spreading the life, writings and art of her son Lt. Alex Singer, killed in the IDF in battle with terrorists in Lebanon.

Suzanne was also my dear friend. We spoke and met regularly for decades. Despite the trauma of having gone through what unfortunately all too many parents go through in Israel, what psychologists refer to as a “reverse order death,” she was a wonderful, warm, compassionate, and intelligent woman, a devoted partner/wife to Max z”l who predeceased her two years ago, and mother to Daniel, Benjy and Saul (co-author of Start-Up Nation). She was also blessed to be a grandmother and even great-grandmother. After Alex’s untimely death, to honor him and to fulfill their Zionism, the Singer family made aliya. Their lovely apartment in Baka, filled with books and Alex’s artwork, was a warm welcoming hub and haven, both to friends and family and even total strangers inspired by the writings of Alex. There was always laughter and intelligent conversation.

In honor of my friend Suzanne, I want to share my recollections of the last time I was with her on the holy place of Mt. Herzl with a group I was guiding. Two years ago, amidst the quiet grassy solitude of Mt. Herzl, I stood with members of my “Write On for Israel” tour next to the grave of Alex Singer z”l and heard Suzanne reminisce about the meaningful life of her son. Over three decades ago, Lieutenant Alex Singer, an IDF officer in the same Givati unit I was serving in at the time, was killed in action in a terrorist ambush in Lebanon whilst rushing forward under fire with the unit medic, Oren Kamil z”l, to try and save the life of his commanding officer, Ronen Weissman z”l. It was Alex’s twenty-fifth birthday. Alex was a Chayal Boded “lone soldier” who had not only volunteered to a combat unit in the IDF after graduating summa cum laude from Cornell University but also gone on to volunteer for the infantry officer’s course. 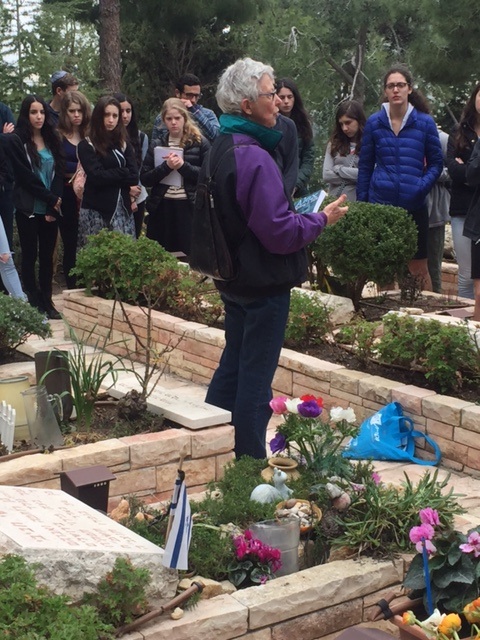 After Alex was killed, Suzanne told the group, the family decided that rather than build another memorial in a country that sadly has too many memorials for young boys and girls who paid the ultimate price to keep the Zionist dream alive, they would gather his writings and amazing art and share with the world what Alex had lived for. The resulting book: “Alex: Building a Life – the Story of an American Who Fell Defending Israel,” (Gefen: New York/Jerusalem, 1996) is a must-read for those who want to know more about this gifted writer, artist, and lover of Zion. It is an instruction manual on how to live a meaningful life full of light and beauty. Alex personified the statement by Gandhi: “We must become the change we wish to see.” In addition, a collection of Alex’s writings, artwork and an educator’s guide to his book are accessible on the website: www. Alexsingerproject.org. Suzanne explained to us that the title of the book on her son was inspired by the observation by Rabbi Dr. Abraham Joshua Heschel:

Remember that there is meaning beyond absurdity. Know that every deed counts, that every word is power…Above all, remember that you must build your life as if it were a work of art. 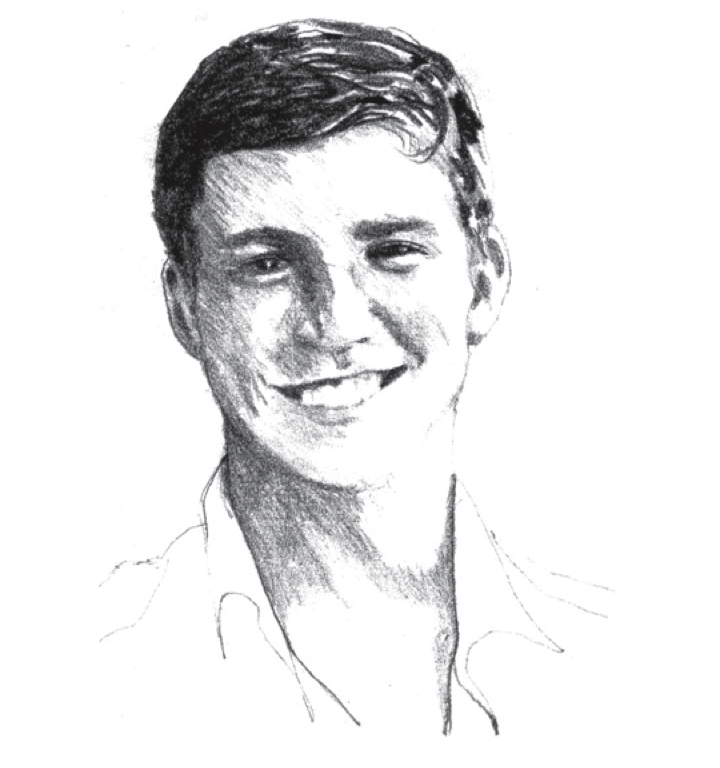 Among his writings was a poem written as he was nearing the conclusion of the IDF officers course. He wonders, “when the war comes” whether he will have, “the calm power to yell to them, or to whisper Kadima (“forward”).” Most importantly, he wonders when facing the rega ha’emet (“moment of truth”) whether “I will have to have the calm power to step forward myself.” Alex died as he lived, leading by personal example from the front. Zionism gave meaning to his life, and he gave meaning to Zionism by his life, and ultimately with his life. It does not matter how long one lives, what matters is what one does with one’s life. Alex lived a full life with no regrets.

Suzanne concluded her address by telling us that Alex loved his life in America. His decision to make aliya was not a rejection of the USA but rather, in Alex’s own words:

The purpose of my Aliya will be a combination of wanting a greater chance to make my Judaism one of joy rather than one of burdens, of wanting to be part of Israel’s development both as a state and as a beacon, and of feeling that it is the duty of the individual Jew to help the Jewish people.

Suzanne told us that one way to honor her son’s sacrifice is to stay proactive, to always remember to be an advocate for Israel and always remember to keep our heads high and live life to the fullest and build our lives like works of art. Alex and Suzanne were both people who made such a difference. Think what we can all do. May their memory and deeds be for a blessing. 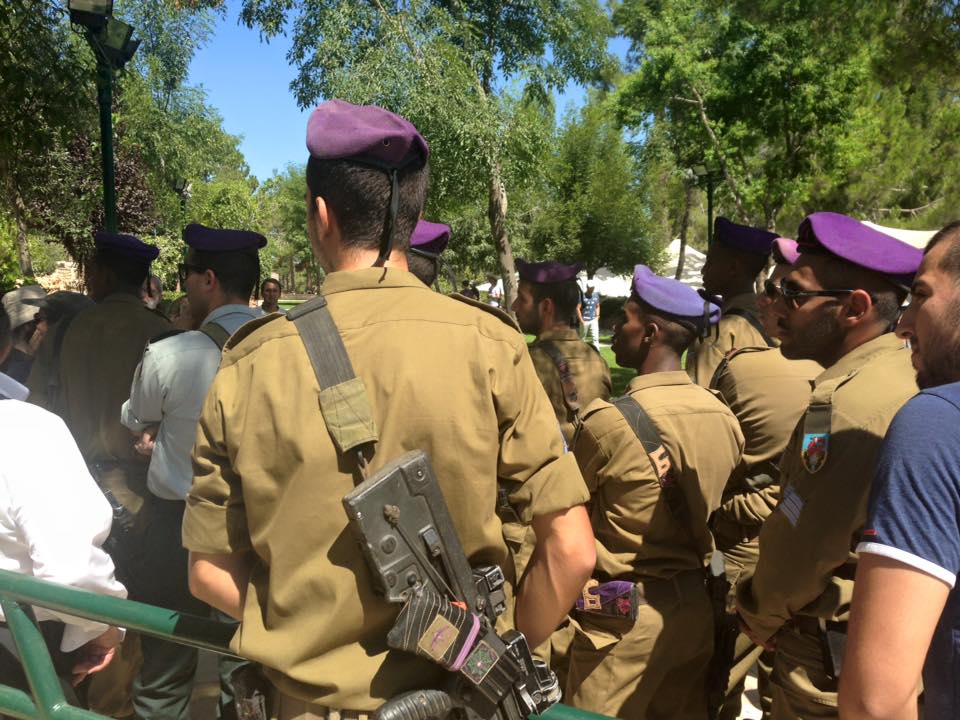 Givati soldiers on Mt. Herzl honoring a fallen brother. Photo (c) T. Book, 2022
About the Author
Dr. Tuvia Book was born in London and raised in both the UK and South Africa. After making Aliya at the age of 17 and studying in Yeshiva he volunteered for the IDF, where he served in an elite combat unit. Upon his discharge he completed his BA at Bar-Ilan University, as well as certification in graphic design. He then served as the Information Officer at the Israeli Consulate of Philadelphia, while earning a graduate degree in Jewish Studies. Upon his return to Israel, Dr. Book graduated from a course of study with the Israeli Ministry of Tourism, and is a licensed tour guide. Tuvia has been working in the field of Jewish Education, both formal and informal, for many years. He has guided and taught Jewish students and educators from around the English-speaking world for some of Israel’s premier educational institutions and programs. Tuvia has been guiding groups for Birthright Israel since its inception and, in addition, has lectured throughout North America, Australia, Europe and South Africa. Tuvia served as a Shaliach (emissary) for the Jewish Agency for Israel as the Director of Israel and Zionist Education at the Board of Jewish Education of Greater New York (Jewish Education Project). He was a lecturer/educational guide at the Alexander Muss Institute for Israel Education (AMIIE) in Israel for a decade. Tuvia has lectured at both Bar Ilan University and Hebrew University. He was a Senior Editor and Teaching Fellow at the Tikvah Fund. He is a research associate at the Hudson Institute. Tuvia is the author and illustrator the internationally acclaimed Israel education curriculum; "For the Sake of Zion; A Curriculum of Israel Studies" (Fifth edition, Koren 2017), and "Moral Dilemmas of the Modern Israeli Soldier" (Rama, 2011) and has a doctorate in Israel Education. His latest book, "Jewish Journeys, The Second Temple Period to the Bar Kokhba Revolt – 536 BCE-136 CE," was published by Koren this year. To order: https://korenpub.com/products/jewish-journeys
Related Topics
Related Posts
Comments