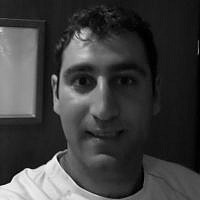 The Blogs
Leon Lifschutz
Apply for a Blog
Advertisement
Please note that the posts on The Blogs are contributed by third parties. The opinions, facts and any media content in them are presented solely by the authors, and neither The Times of Israel nor its partners assume any responsibility for them. Please contact us in case of abuse. In case of abuse,
Report this post.

My attendance of competitions kicked off this morning with Table Tennis.  The team competition had some great moments for USA.  The Open Men’s team walked through Canada winning all three of its matches to move onto the next round.  While great, it did not quite create the same great sports drama as two moments with some of our junior athletes merely minutes later.

Our junior girls played admirably but struggled against some tough German players losing the first two singles matches.  The girls did not lose spirit though going into overtime in their doubles match and coming out victorious.  The excitement, relief, joy, pride – all of it was on their faces as they walked away from the table triumphant.

The best moment though had to be just seconds later as one of of our junior boys came down from a two games to zero deficit to force overtime in the decisive game five.  With the support of the girls, open, and masters team he fought off some match points for the British player to come back and win in overtime.  Being part of the celebration was like no other.   Jewish-American athletes from 14 to 60 jumping up and down and cheering U-S-A.

I am sure this will be just one great moment of our Maccabiah experience.

About the Author
Leon Lifschutz is an accommodations manager providing logistical support for Team US at the Maccabiah 2013.
Related Topics
Related Posts
Comments