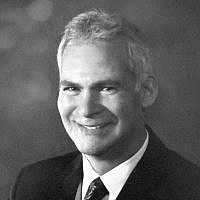 The Blogs
Arthur Kreitenberg
Apply for a Blog
Advertisement
Please note that the posts on The Blogs are contributed by third parties. The opinions, facts and any media content in them are presented solely by the authors, and neither The Times of Israel nor its partners assume any responsibility for them. Please contact us in case of abuse. In case of abuse,
Report this post.
“One of the enduring facts of history is that most anti-Semites do not think of themselves as anti-Semites.
We don’t hate Jews, they said in the middle ages, just their religion.
We don’t hate Jews they said in the nineteenth century, just their race.
We don’t hate Jews they say now, just their nation-state.” – Lord Rabbi Jonathan Sacks
Over the past weeks we’ve been frustrated, pained, angered and disgusted by the anti-Semitic words and the collective avoidance of too many refusing to call anti-Semitism what it is.
When one charges that pro-Israel Americans maintain dual loyalty – that we have an allegiance to another country before our own – it must be categorically rejected. As the son of Survivors, I know how dangerous this charge can be. It is offensive to any American; its anti-Semitic to Jewish Americans; and as the father of a daughter who is a West Point Graduate and an Officer in the US Army it’s an affront to the sacrifices she makes to protect our freedoms and serve our nation.
Yet the inaction of others will only serve to redouble our own. The determination of many to undermine our rights as pro-Israel Americans to advocate for what we believe will never match our determination to pursue our mission.
We will never be deterred. We will not be silenced. We will show up, year over year over year.
In three weeks our community will gather in Washington for the AIPAC Policy Conference. Together we will stand tall, we will stand united, and we will speak truth to power.
This is the year where coming to Washington is more than just for the conference. It’s a message to everyone who doesn’t want us to advocate that we will always show up; its an education to our children and grandchildren of how we fight for what we believe in; it’s a booming sound to anyone who thinks we can be silenced.
I urge you to register now and join us. It’s too important.
About the Author
Dr. Kreitenberg is an Orthopedic Surgeon in Southern California and former US Astronaut Selection finalist. He holds 11 US Patents and is co-founder of a robotics company producing disinfection systems for healthcare, aircraft and spacecraft. He is married to Melissa, who served as a regional director for the Anti Defamation League. They are major supporters of the West Point Center for Holocaust and Genocide Studies which seeks to instill within students a sophisticated understanding of the Holocaust and other instances of genocide, and to inspire them to prevent future atrocities in their roles as US military leaders.
Related Topics
Related Posts
Comments