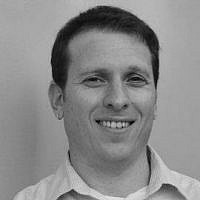 The Blogs
Tzvi Raviv
Apply for a Blog
Please note that the posts on The Blogs are contributed by third parties. The opinions, facts and any media content in them are presented solely by the authors, and neither The Times of Israel nor its partners assume any responsibility for them. Please contact us in case of abuse. In case of abuse,
Report this post.

Words count. Words create perceptions and can even shape reality. Descriptive words, when used in a specific context, are like brands. They conjure up facts, falsehoods, and emotions well beyond their dictionary definitions, and when used carelessly they can have a devastating impact. Such is the case with the word “apartheid,” which is being used matter-of-factly even by the pro-Israel community. It is time to  remove it from our pro-Israel lexicon, so that we can create the perceptions and shape the reality in which we believe.

The Rutgers Hillel Center for Israel Engagement (RHCIE) took the initiative this past year to engage Israel advocacy organizations in an effort to delete the word “apartheid” (“The A word”) from our spoken and written efforts. This is not an insignificant issue. Communication professionals found long ago how to manufacture impressions through word association and, until now, many in the pro-Israel community took the anti-Israel “A word” bait. They countered accusations and activities incorporating the “A word” with a repeat of this slander and thereby deepening negative associations with the State of Israel, albeit unintentionally.

We at RHCIE do not use the “A word.” We don’t use it at Hillel staff meetings and our students don’t use it in their efforts. We have adopted positive messages rather than responsive themes for our pro-Israel advocacy, and our efforts are catching on across the country. By labeling certain organized, themed anti-Israel activities on campus this year as “Hate Week” we successfully changed the conversation at Rutgers. RHCIE took the lead in asking other groups to employ the phrase “Hate Week,” emphasizing the notion that we can only overcome this lie when we act with one voice. Any responses we had to these programs we branded as “Defeating Hate Week.” Not only did we change the language and the conversation on our campus; we made a pointed effort to share our approach and our success with the entire pro-Israel community. And it’s working.

This past December the Israel Campus Beat published an article I wrote, entitled “Call It Hate Week,” in which I suggested that the pro-Israel community should make every effort to recognize the power of certain words and phrases both positively and negatively in our pro-Israel advocacy. In early March the New Jersey Jewish News published a piece about our approach by Raffi Mark, Rutgers Hillel student Israel chair, entitled “Rutgers students say ‘yes’ to peace, ‘no’ to hate.”

Just two weeks later Mitchell Bard published an article titled “Time to banish the “A-word.” In May two additional articles were published labeling the week of anti-Israel programs as Hate Week: Marsha Sutton’s “Some call it ‘Israel Hate Week’ on college campuses” and Jeff Dawson’s “Israel hate fests: All bark and no bite?” Even my mother in-law, a devoted Israel advocate, has stopped using the “A word” in her weekly emails to her friends.

This call to carefully choose our own language, rather than perpetuate the false descriptions of Israel’s opponents, is essential if we are to help the campus, and the world, understand the truth about Israel. It is important that we recognize the impact of words. Only then, only together, will we truly defeat Hate Week.

About the Author
Tzvi Raviv is the Director of Rutgers Hillel Center for Israel Engagement (RHCIE), the keystone of Rutgers Hillel approach to engaging, educating and advocating for Israel on campus. Prior to that, Tzvi gained invaluable campus experience working for two years as the Israel Fellow/Shaliach at UC-Irvine Hillel. He received his MBA in non-profit management from the Heller School for Social Policy and Management and his MA in Jewish professional leadership from the Hornstein Jewish Professional Leadership Program.
Comments