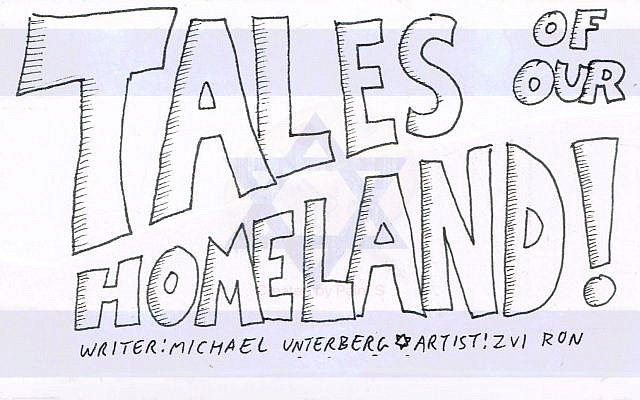 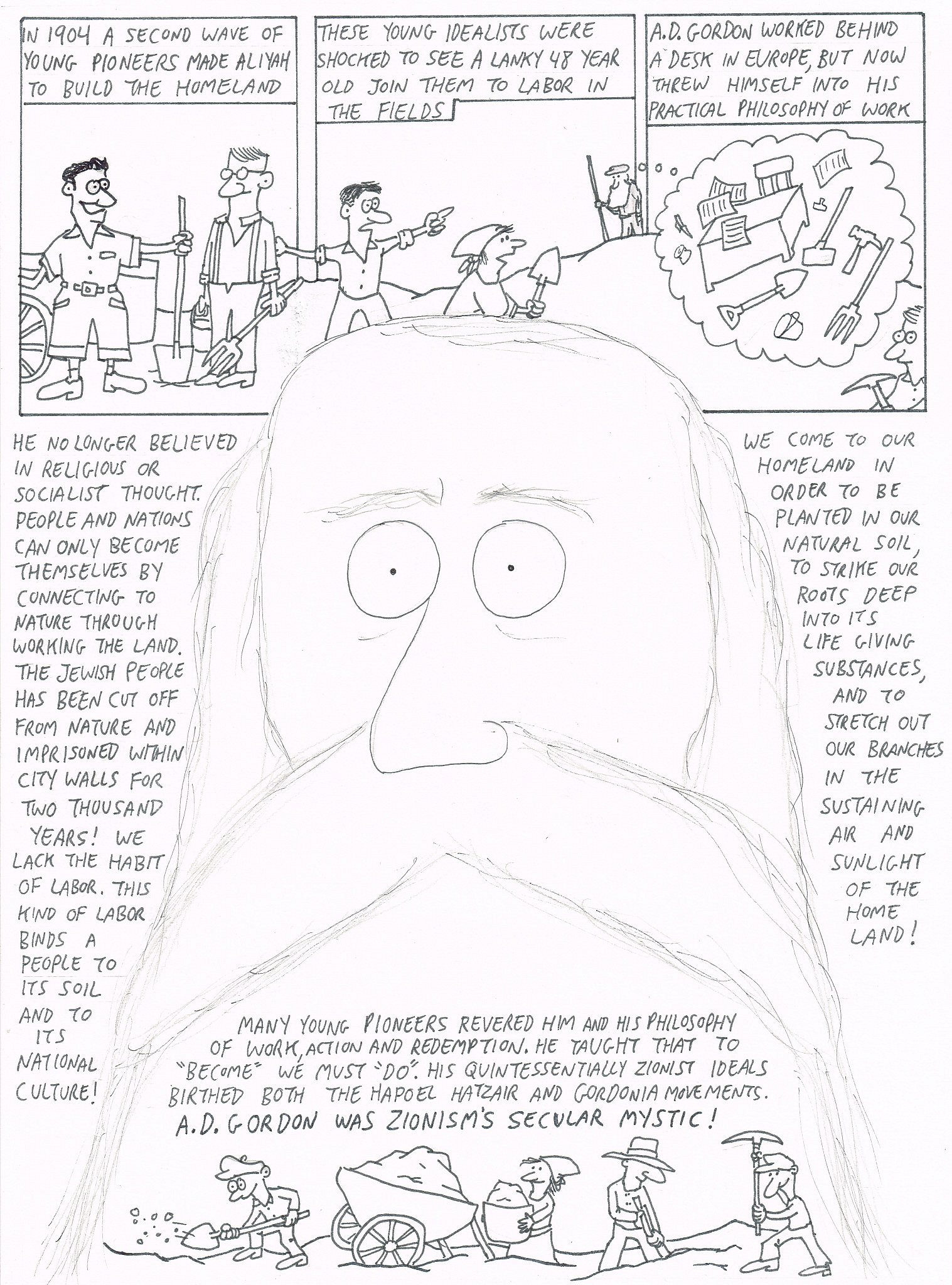 Notes and further reading from the writer:

A.D. Gordon completely transformed himself in middle age. He came out of nowhere to inspire his fellow chalutzim and infuse labor Zionism with a mystical fervor. His essays are somewhat hard to find, but they remain readable and inspirational.

Recommendation: For the Gordon chapter alone, it’s worth owning copies of Herzberg’s original The Zionist Idea, and Gil Troy’s recent follow up, The Zionist Ideas. While Herzberg presents the writings of the founding generations, Troy brings the Zionist canon up to date. Of course, to fit in one volume, Troy had to reduce the essays in number and length. In our case, Troy gives Gordon two, whereas Herzberg gives him six. In a sense, Troy does a double service. He updated the sources but leaves the Herzberg original still worthwhile. Serious Zionists should own both and can happily read sections at their leisure.

Panel 4: A.D. Gordon: The Religion of Labor Although raised in a traditional home, Gordon eventually left religion behind. He turned away from socialism both because it focused on economics rather than man’s inner world, but also because he believed that a nationality is a basic form of human identity that can’t be ignored. While he shared the love of labor with his fellow kibbutz members, his philosophy differed from theirs. While they were focused on humanity and class struggle, he focused on identity and existential spirituality.  He also argued that there was much in classic Jewish traditions. For example, he argued that days like Yom Kippur are worth preserving in our national culture to promote spiritual sensitivity and growth. (see his 1921 essay Yom Kippur, in Herzberg, pg. 383)

About the Author
Michael is a Senior Israel Educator at Makom. He is a very proud father and grandfather, and lives in Efrat.
Comments