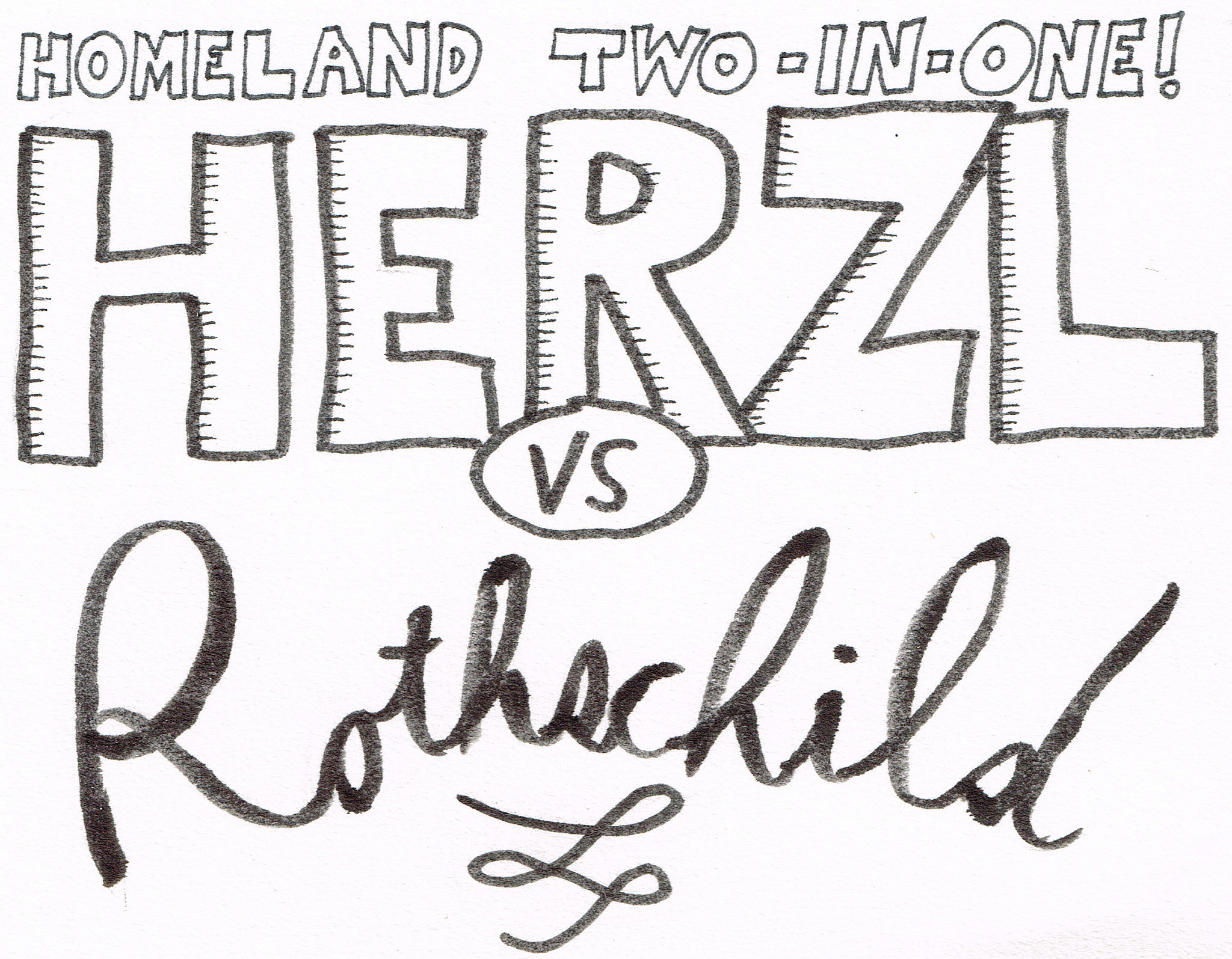 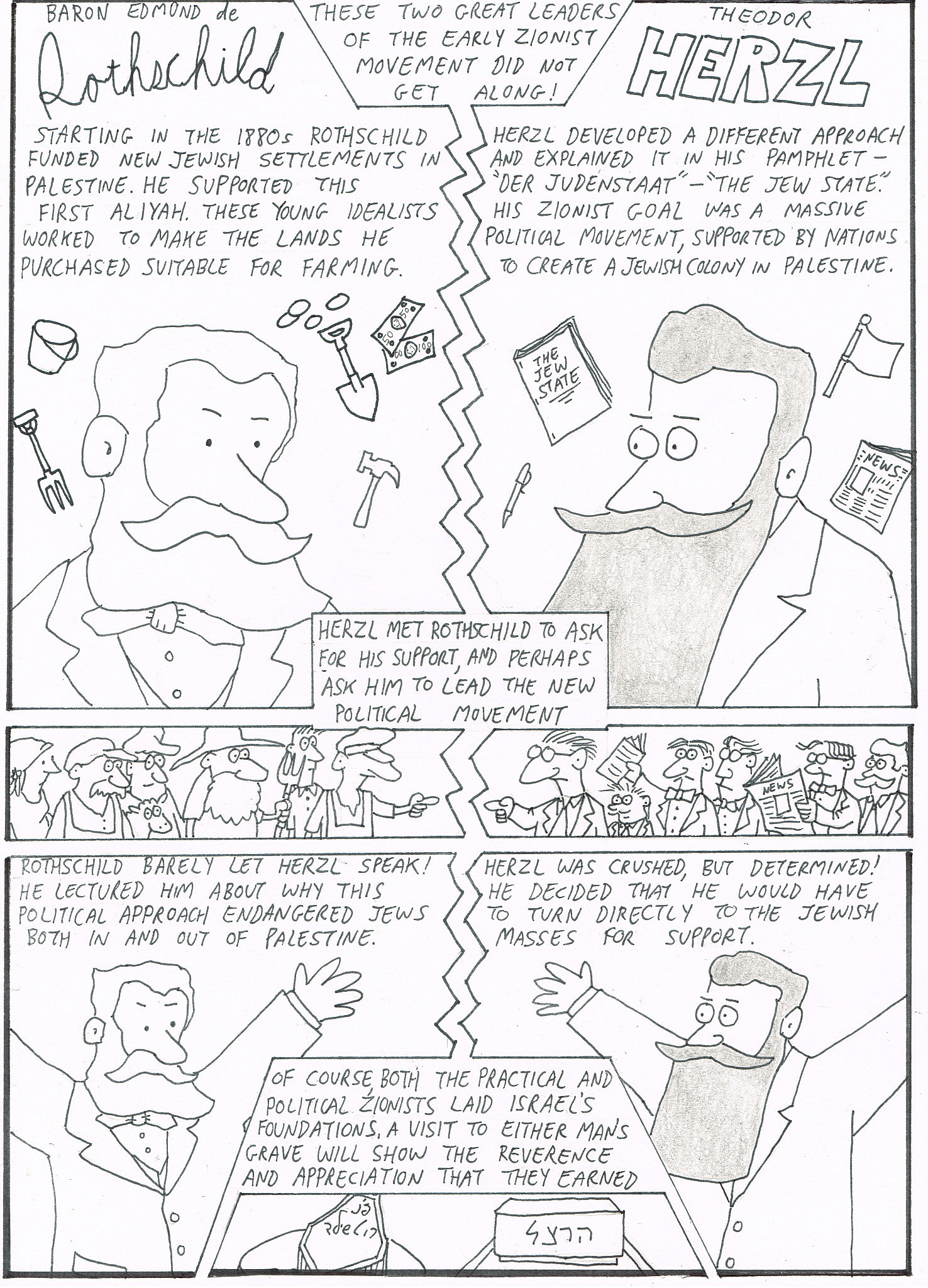 This issue demonstrates that sometimes opponents within the same movement both contribute to success in their own way. Despite Rothschild’s fears, and Herzl’s sense of betrayal, each of these men made invaluable contributions to the creation of the State. Take note of Zvi’s use of symbols and caricatures that illustrate the differences between the supporters of Practical and Political Zionism. Zvi’s art gives you a glimpse into the culture gap between Eastern and Western European Jews.

Panel 1: Rothschild He contributed so much to build cities, farms and institutions that he was known by the Jews in Palestine simply as “HaNadiv HaYahua” – the Known Philanthropist”. It is a cruel irony that the family name is best known for it’s use in antisemitic conspiracy theories.

Panel 2: Der Judenstaat. Although usually translated into English as “The Jewish State”, in German that would be “Der Jüdische staat”. A bit pedantic, I know, but it may be meaningful. Howard M. Sacher in his History of Israel suggests that Herzl was making a point. He claims that Jew was “… a word Herzl flung into the teeth of antisemites and of those acculturated Western Jews who preferred such euphemisms as ‘Hebrew’ or ‘Israelite’”. (page 39)

Panel 5-6: The source for this meeting in my hands at the moment is Sacher again, on page 43. You can find many of his unflattering observations about Rothschild here. Here are some samples from that site –