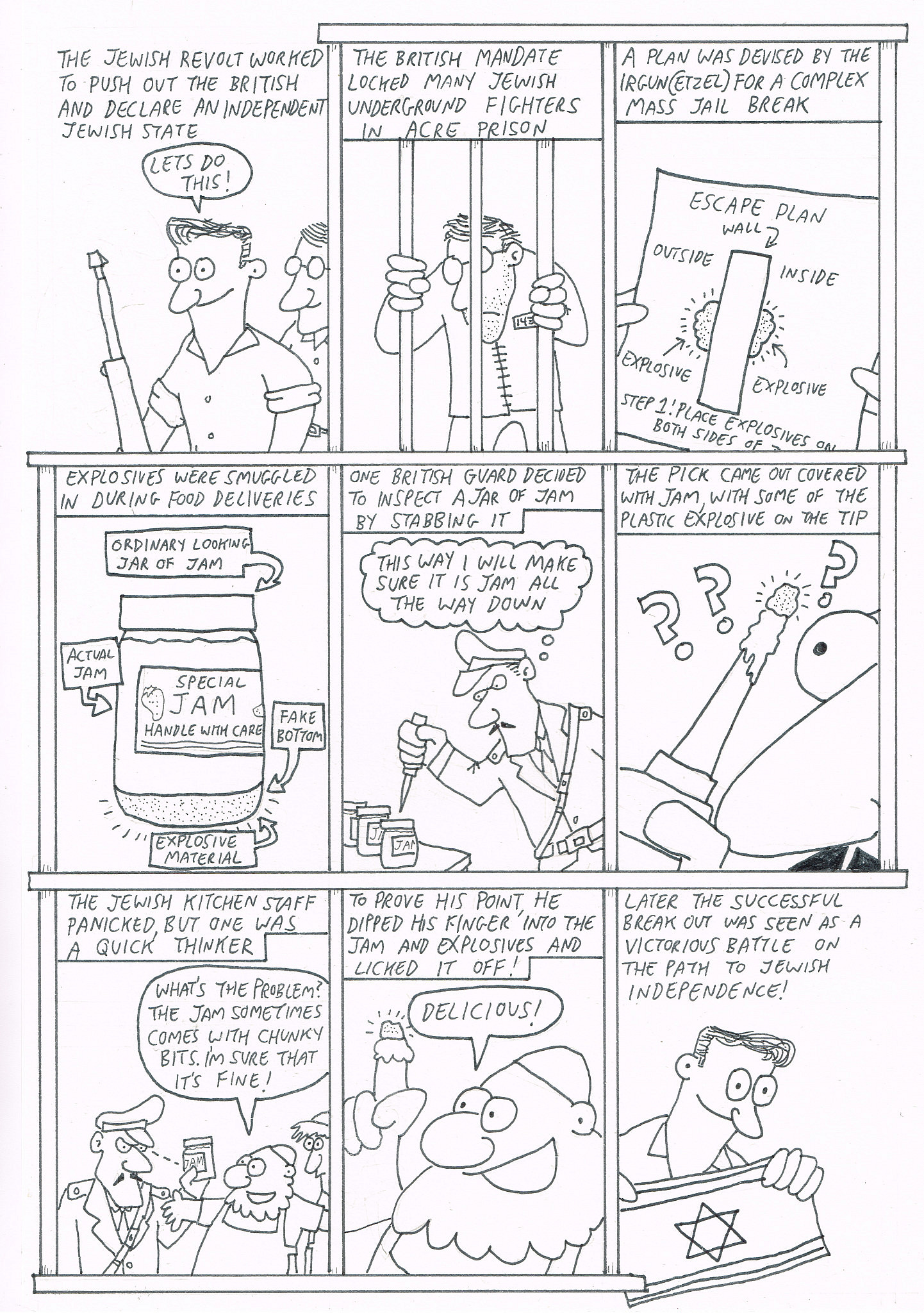 The prison break from Acre (Akko) prison is a well documented event in Israel’s history. A fictionalized version appears in Leon Uris’ novel Exodus, and the movie as well. This particular anecdote demonstrates the quick thinking, courage and ingenuity that allowed the Jewish underground networks to confound and defeat the British.

Panels 4 – 8: This anecdote appears in the documentary film Flames of revolt : the story of the Irgun. It is related in an interview with Eitan Livni, who was helping coordinate the break from the inside. He was there when the incident occurred, and remembered Tzvi Prusak’s reaction to the guard’s discovery. Prusak was in charge of the kitchen for the Jewish inmates. (Eitan’s daughter Tzipi was a major player in Israeli politics for years.