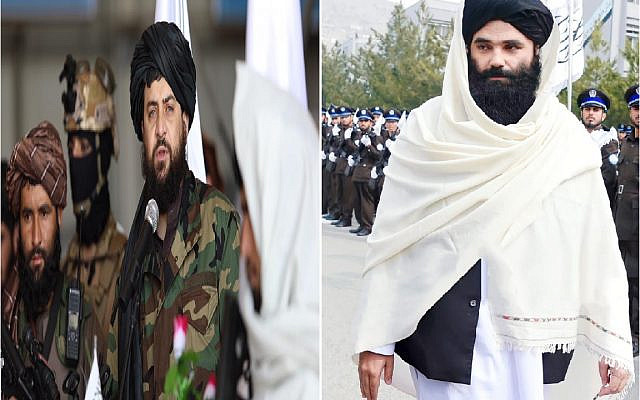 The Taliban now has firm control over Afghanistan. At this point in time, the Taliban have no opponents capable of undermining their positions in terms of military, political, or even economic resources. Also, there have been no meaningful changes in the radical ideology of the Taliban. It is still a militant group ruling over a UN member state. During the 2021 summer offensive, the Taliban demonstrated their ability to function as a cohesive military-political entity. There was no doubt that the movement was commanded by a single command and control center. With highly disciplined units that obeyed the instructions of the centralized leadership. At that time every faction within the Taliban has the common goal that was to take full control of the whole country. But that’s not the case now as two main groups, the first one led by Sirajuddin Haqqani, Interior minister in the Taliban interim government. And the other one led by Mullah Yakoob, Defense Minister is at loggerheads with each other.

Sirajuddin Haqqani is the son of a famed commander from the anti-Soviet jihad and the founder of the Haqqani network Jalaluddin Haqqani, is currently the deputy leader of the Taliban and head of the powerful Haqqani network. The Haqqani network is a US-designated terror group long viewed as one of the most dangerous armed group in Afghanistan. The group is infamous for its use of suicide bombers and is believed to have orchestrated some of the most high-profile attacks in Kabul over the years. Capital Kabul is under the firm control of over 6,000 cadres of the Haqqani network supervised by Anas Haqqani, brother of Sirajuddin Haqqani. The network is considered very close to the Pakistan intelligence service ISI.

Mulla Yakoob is the son of Taliban founder and late supreme leader Mullah Omar. He first came to prominence in 2015 when, in an audio message released after his father’s death, he called for unity within the militant group. Mullah Yaqoob has been consolidating his power since losing a bid to succeed his father when Mullah Omar’s death, kept secret by a coterie of close aides for more than two years, was revealed in July 2015. Yaqoob is popular among the battlefield commanders and is also known to have links to Saudi Arabia. Riyadh is believed to be funneling money to him to help him consolidate power. Yaqoob has gained the loyalty and operational resources of the most vigorous Taliban factions in the south mainly referred to as Kandaharis where Haqqani has been unpopular. Also veterans like Mullah Baradar are now believed to be in Yakoob’s camp as they believe that he only can effectively counter the Haqqanis. He mostly operates from Kandahar birthplace of the Taliban movement.

Pakistan Interference– The Kandahar faction of the Taliban led by Mullah Yakoob resents Pakistan’s involvement in Afghanistan’s internal affairs and the functioning of the Taliban government. Kandaharis believes that Islamabad is trying to keep the new Afghan regime under control through its backing of the Haqqani Network. As Haqqanis have close relations with Pakistan hence they are seen as proxies of Pakistan and ISI.

Support to Foreign Jihadi Groups– The Haqqani Network, with its track record of supporting overseas jihad is even more ideologically and operationally aligned with global jihadist groups like al-Qaeda and the Islamic State in Afghanistan than the Taliban is. Mullah Yakoob doesn’t want other foreign groups to operate and set up their bases in Afghanistan. As he believes that this will isolate them further from the international community.

Different Religious Ideology– In terms of ideology, the Haqqani network under Sirajuddin Haqqani tried to change the Taliban into a radical Sunni militant group inspired by the Salafi interpretation of Islam and the Jihadi group’s terrorist tactics, including suicide terrorism. It was, while under the southern Kandahari Taliban leadership in the 1990s, that the group was dominated by Deobandi Islamic thoughts and Hanafi sectarian practices.

Tribal Disputes– Afghanistan’s tribal configurations and age-old Pashtun tribal rivalries are also playing a role in the widening of the gulf between these factions. Mullah Yakoob is from the Hotak tribe, which in turn is a branch of the larger Ghilzai tribe mainly based in southern Afghanistan. While Sirajuddin Haqqani is from the Zadran tribe of the Ghilzai clan. Its power base is in Southeastern Afghan provinces like Khost and Paktia.

Dispute over Leadership- In terms of leadership, the Haqqanis want to change the power center from the Taliban’s traditional Kandahari base. Even many analysts tracking Afghanistan for a long time have started believing that, now in practice, Kandahar no longer is the stronghold of Taliban power, but it is Kabul under the Haqqani which is the de-facto capital of power that decides the group’s grand strategy, tactics, and the path forward.

It seems that the Taliban is following the footsteps of Afghanistan’s mujahedin government following the 1989 Soviet withdrawal from the country. At that time different factions fought each other resulting in the destruction of the capital Kabul. The US has left a large inventory of armaments in Afghanistan, so each group has enough ammunition to fight each other for at least a decade. It is just a matter of time before these two powerful rival groups fight each other openly on the battlefield and this will initiate a new phase of civil war in the worn-torn country.

Mr. Hashim Wahdatyar an Afghan journalist based in Washington DC provided valuable input for the article. He tweets at @HashimWahdatyar