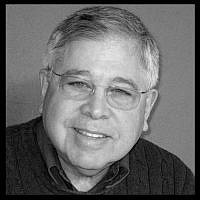 The Blogs
Richard Lakin
Apply for a Blog
Advertisement
Please note that the posts on The Blogs are contributed by third parties. The opinions, facts and any media content in them are presented solely by the authors, and neither The Times of Israel nor its partners assume any responsibility for them. Please contact us in case of abuse. In case of abuse,
Report this post. 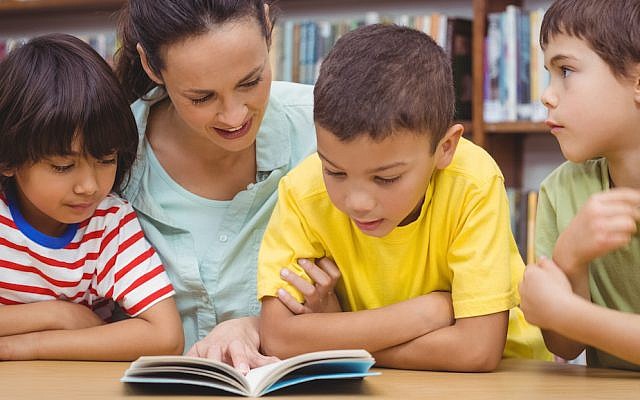 Richard Lakin (1939 – 2015) was a native of Newton Massachusetts, and a former Glastonbury Connecticut elementary school principal. He moved to Israel in the early 1980s. In October 2015 he was fatally wounded in a terror attack on a bus near his home in Jerusalem.

Below is an excerpt from Richard Lakin’s book, Teaching as an Act of Love: Thoughts and Recollections of a Former Teacher, Principal and Kid. The excerpt is published in The Times of Israel with the kind permission of Richard’s family.

Sipping a cup of coffee in a nearly empty neighborhood mall, I noticed a young dad encouraging his youngster to crawl. Slowly I became more and more drawn into this father and son scene. I observed carefully as the infant propelled himself forward on all fours, zigzagging randomly in all directions. He was taking advantage of the luxury of a side hallway void of all moving creatures aside from his dad pushing the now empty carriage. I could sense the child’s glee as he moved about on the sea of freshly polished tiles experiencing his new found freedom.

But what caught my attention was the interaction of this twosome. The father clapped in joy as his son moved towards him and then, when the child followed the carriage a few times around the lone potted tree in the middle of the hallway, he bent over laughing excitedly, and encouraged his youngster to continue on his own. All sorts of verbal and non verbal communication followed when suddenly he picked up the child, held him high above his head, then grasped him lovingly in a bear hug and twirled around in circles. Rather than put the son back in the carriage to rest, the dad put the toddler back on the floor behind the potted tree, and he began to play peek-a-boo and a modified hide and seek game, using the large planter to partially obstruct their view. When that game ran its course, the father suddenly became the Pied Piper, humming aloud and waving a plastic water bottle in the air as he marched in giant exaggerated steps enticing his son to join him in a father-son parade.

Wishing I could have caught this scene on camera, or at least on paper, I left my coffee to hurry to a nearby stationery store to buy paper and pen. Sadly for me, when I returned just a few minutes later, the father and son were gone. The potted tree stood alone in the middle of the empty hallway.

However, this brief encounter underscored my perspective on what real teaching is about. Love is the basis of all authentic teaching—both at home and at school. The dad did not follow a lesson plan to encourage his child to practice and enjoy his new found skill of crawling; the dad’s motivation and sense of what was the right thing to do at the moment emanated from his heart and his relationship with his little son.

A parent doesn’t need lesson plans to encourage language development during the child’s early years nor to encourage the child to read, nor to do the multitude of things that children are involved in as they mature. Parenting is the natural outgrowth of a parent’s love. In the same manner, teaching children in the more formal school setting is also based upon love.

Loving teachers, like loving parents, encourage students to do their best, engage them in active learning, praise children for their accomplishments, help them learn from mistakes, set limits when needed and place a priority on nurturing self confidence. Furthermore, loving teachers help their students to aim high, while creating an accepting atmosphere and emphasizing positive personal relationships and basic values of kindness, consideration, cooperation and thoughtfulness.

Without an expression of this caring, loving feeling when working with kids, teachers and their students are all left lifeless and without much meaning at the end of the day. When all is said and done, teaching must be first and foremost an act of love! 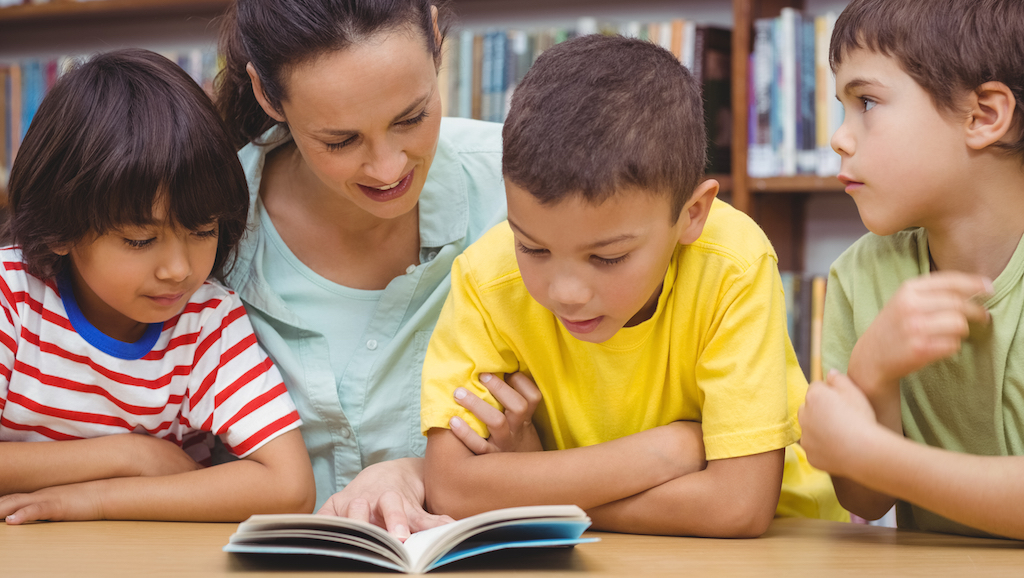 As the accountability movement was beginning to rear its faceless head in the early 1970s and teachers and administrators were being pressured to state their goals as measurable behavioral objectives, a cloud of oppression began to set in. The regimen of behavioral objectives resulted in more paperwork for teachers, more testing to measure these minimalist, narrowly focused objectives, and less time to pay attention to the personal needs of kids. While some of these objectives allowed teachers to explore methods of improving their classroom program, frequently they were strictly limited to what could be measured by pencil and paper tasks. More often than not, the teachers reacted to writing behavioral objectives in the same manner as students react to senseless or uninspired homework assignments.

During one of my yearly October teacher conferences to review and approve each teacher’s objectives, one 5th grade teacher walked into my office and immediately handed me a folder of her students’ writings. “Read them tonight, you’ll just love them.” She also gave me three pages of personal and student goals, handwritten with a purple fiber tipped pen.

Thirty-three years later I still have in my possession those three pages, goals from her heart, her personal vision—not cold sterile words written on a system-wide form. Unlike most educational jargon, these visions from her heart would slowly be realized in her classroom. These excerpts are words of a real teacher, not a technician masquerading as a teacher.

“I want kids to understand that we don’t live unrelated to other people. We are responsible to and for one another.”

“Learn to love, grow and change because man needs to be creative and sensitive.”

Personal goals for students (a sampling of many):

Dina: more responsible; caring about herself

Katrina: not as dependent upon adult approval

“Don’t you just love” this teacher and all those others who teach from their hearts and from their love and concern for kids? Teachers who not only encourage kids to care about themselves and others, but who also inspire them to develop their skills, talents and budding interests. Teachers who refuse to be pigeonholed into boxes by school districts and by administrators who are most comfortable with uniformity and standardized predictability.

Don’t you just love them?

Great teachers are real people with real differences, not carbon copies; they dig down into their depths. “DON’T YOU JUST LOVE” THEM? I do.

Read the news report of the death of Richard Lakin:
Man wounded in Jerusalem bus attack 2 weeks ago dies

About the Author
Richard Lakin (1939 - 2015) was a native of Newton Massachusetts, and a former Glastonbury Connecticut elementary school principal who moved to Israel in the early 1980s. In October 2015 he was fatally wounded in a terror attack on a bus near his home in Jerusalem.
Comments