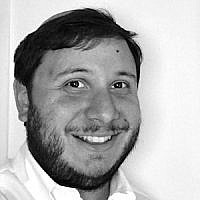 The Blogs
Ethan Zadoff
Apply for a Blog
Advertisement
Please note that the posts on The Blogs are contributed by third parties. The opinions, facts and any media content in them are presented solely by the authors, and neither The Times of Israel nor its partners assume any responsibility for them. Please contact us in case of abuse. In case of abuse,
Report this post.

In an op-ed titled Why History Will Repay Your Love that appeared in the Wall Street Journal on May 25, Peggy Noonan proffered a sober elegy to the lifeless state of historical memory that permeates our national consciousness. Noonan writes:

We are losing it. We are less versed in the facts of history, not only of other countries but of our own. It is a crisis, and much has been written on it over the years. “We are raising a generation of young Americans who are by and large historically illiterate,” observes the historian David McCullough in his latest book. He describes a bright Missouri college student who thanked him for coming to the campus, because, she said, “until now I never understood that the original 13 colonies were all on the East Coast.” Another student once asked him: “Aside from Harry Truman and John Adams, how many other presidents have you interviewed?

Combined with this public lamentation is Noonan’s praise of the public historian David McCullough and his efforts to reinsert historical sensitivity into our national discourse. To this end, Noonan describes important observations that McCullough makes regarding the learning, utility, and relevance of the historical past, such as:

America came far through trial and error. Mr. McCullough tells the story of iron workers in 19th-century Johnstown, Pa. For months they’d been devising a new machine to produce steel. Finally it was ready. The engineer in charge said, “All right boys, let’s start it up and see why it doesn’t work.” Progress has come to us largely through empirical methods.

The subtext of Noonan’s argument is clear- history and historical memory are not simply objects of intellectual curiosity for academics in their ivory tower. Rather, historical perspective plays an empirical and pragmatic role within our lives as Americans- its ethos should be embedded in our national consciousness. To lose our understanding of the past means to eschew the values on which the country was built over the course of hundred of years; it means that we accentuate and prioritize our contemporary experiences over the past; and it means that we cast doubt on the historical past as foretelling truth.

Judaism has long been sensitive to the meaning of history, of both the lived and constituted experiences of the past. Indeed the Judaisms of the twenty- first century mandate this reflective mindset and axiomatically reinforces our historical consciousness both in mundane and sacred mediums as well as in more subtle ways. Yosef Yerushalmi, in his classic work on Jewish History and Jewish memory titled Zakhor, points out that while the Greeksmay be considered the fathers of history, the fathers of meaning in history were the Ancient Israelites. The ancient Israelites were the first to assign significance to history and created a new worldview adopted and adapted by later cultures and religions. For Israel, the injunction to remember was and is mandated as a sacred imperative, necessitated by experiences, and compulsory of our religio- cultural worldview. As such, the imperative to preserve the memory of the past, to stand guard over and reflect on the annals of history, should be at the core of our educational philosophy. At Frisch, as I am sure it is at other Yeshiva high schools, this is part of the way we teach history, the notion that history has far more to offer than a simple understanding of the past. The critical analysis of history teaches students important and necessary interpretative and writing skills, but more importantly imbues a responsibility of good citizenship, being cognizant of the meaning of the historical past and its consequences for the world which we inhabit.

In offering her sober perspective on the nature of history in our society today, Noonan explores the causes of this lackluster state. She offers what seems to be one of the truest moments of the piece: a truism that our generation feeds off to a terrible degree. In the most poignant section of the piece Noona writes:

Many point to a certain negativity, a focus on our national sins that has crowded out our achivements. This is counterproductive: a sophisticated presentation of our triumphs and tragedies makes our sins all the more poignant and powerful. Historical balance leaves young minds not cynical, which is always an excuse to do nothing, but inspired- we can right wrongs, we’ve done it before.

What Noonan describes is exactly what historians have been pointing to for centuries- that history is not simply a celebration by the victors, but should come to represent all sides. This sentiment has been repeated throughout the annals of history by some of the most fastidious recorders of past events, including, of course, the first century CE Jewish historian, Josephus. In providing an introduction to his work The Jewish War, Josephus provides a critical assessment of contemporaneous Roman historians while trying to exhibit his objectivity:

It is true, these writers have the confidence to call their accounts histories; wherein yet they seem to me to fail of their own purpose, as well as to relate nothing that is sound. For they have a mind to demonstrate the greatness of the Romans, while they still diminish and lessen the actions of the Jews; as not discerning how it cannot be that those must appear to be great, who have only conquered those that were little. Nor are they ashamed to overlook the length of the war, the multitude of the Roman forces who so greatly suffered in it, or the might of the commanders; whose great labours about Jerusalem will be deemed inglorious, if what they achieved be reckoned but a small matter. However, I will not go to the other extreme, out of opposition to those men who extol the Romans, nor will I determine to raise the actions of my countrymen too high; but I will prosecute the actions of both parties with accuracy

In his introduction, Josephus offered a method of telling history that eschews the Greek and Roman view of praising what Herodotus calls the “great and marvelous deeds” towards a relative balance that relies on accuracy of detail from both perspectives and sides. In a very real way, Josephus offered a twentieth century historiographical view in his first century CE historical context.

This aspect of historical consciousness should be a vital truism not just for the hallowed halls of the university, but for the way we teach the history of our people, particularly in our Yeshiva day and high schools. There is no question we want our students to be proud of our past, to understand and appreciate the triumphs of Judaism over the course of its long history. Our pedagogical model for teaching history in Yeshiva day and high schools ought to based on what Salo Baron termed the anti-lachrymose view of Jewish history- that Jewish history is not singularly defined by disaster after persecution after pogrom. The focus of understanding the past, according to Baron, must include the moments of great accomplishment and engagement in the surrounding world in the various historical and geographical contexts we occupied. However, at the same time we extol our past accomplishments, we must teach our students that there were times in which we as a people, as a nation, turned against each other and against the world. Whether these moments of scorn manifested in Jewish sectarianism and inner strife, demonstrated in numerous contexts from the first century CE Palestine to nineteenth century Germany to America in the twenty- first century. Or whether these moments of disastrous behavior were born through our greatest accomplishment of the twentieth century- the State of Israel- which, if we are being truthfully self-critical, has acted at times in harmful and distressing ways over the years of its existence towards various Jewish and non- Jewish groups. In order to shape a better present for our multifaceted, multidimensional community we must understand the sins of the past; in order to create our future we must understand the complexity and nuance of our past mistakes. As educators, whether it is in the context of teaching history or to be sure any other topic, we must remember that complexity is indeed a virtue not a vice, messiness for the sake of understanding, learning, and modeling for the future should be the watchword of our calling. The misdeeds of our past cannot be glossed over, pushed aside for the sake of creating an exemplary, and yes false, account of the past. Rather, we must embrace the past mistakes, learn their lessons, and teachfuture generations how to act, think, and plan.

About the Author
Ethan Zadoff is the co-chair of the history department at the Frisch School. Ethan is a graduate of Yeshiva University and the Graduate Center of the City University of New York.
Related Topics
Related Posts
Comments