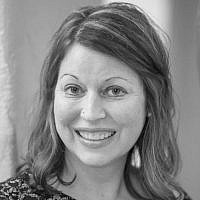 The Blogs
Gabrielle Kaplan-Mayer
Apply for a Blog
Please note that the posts on The Blogs are contributed by third parties. The opinions, facts and any media content in them are presented solely by the authors, and neither The Times of Israel nor its partners assume any responsibility for them. Please contact us in case of abuse. In case of abuse,
Report this post. 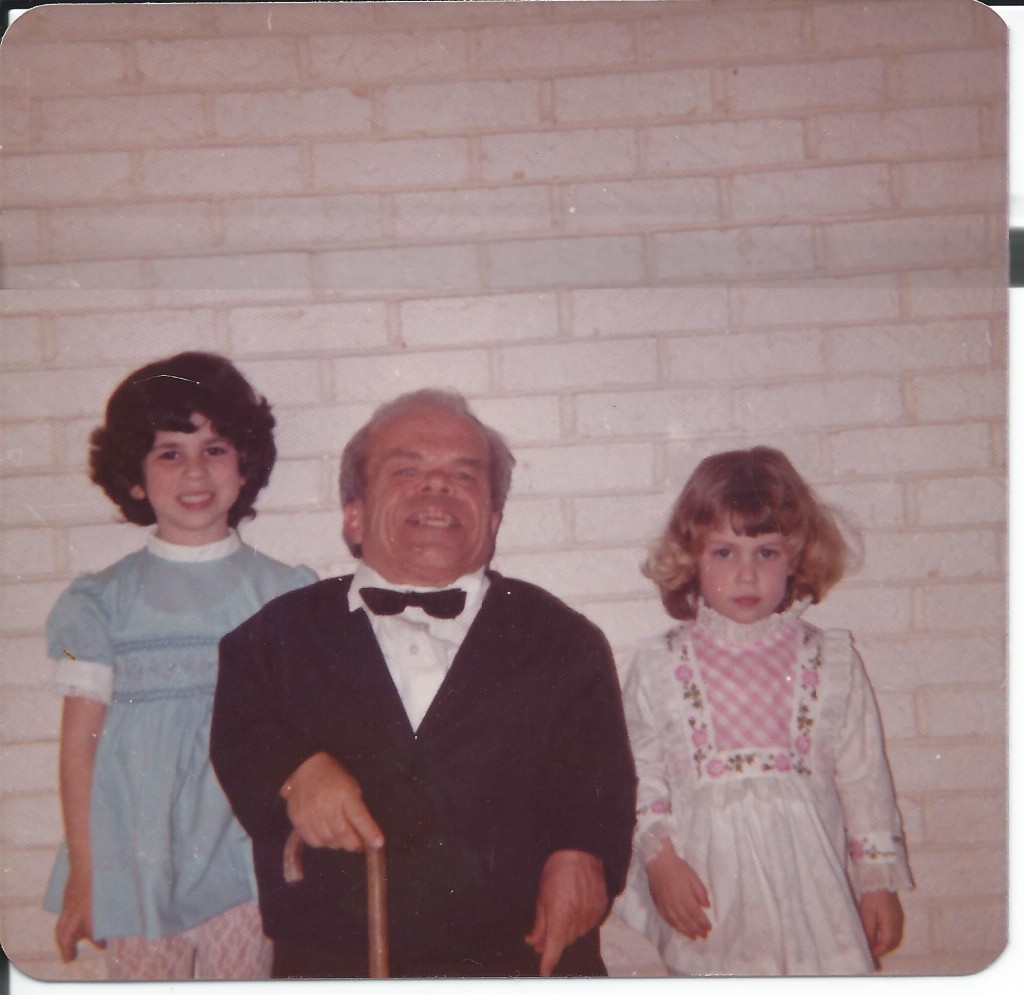 When I was a child, these are some of the things that I loved to do when I visited my Great-Uncle Mace:

My Great-Uncle Mace was an achondroplastic dwarf — 43 inches tall. He had a hump on his back and walked with a cane. Of all the relatives we grew up visiting with, Mace stood out as a clear favorite: not only did he literally see eye-to-eye with us in our younger years, but he talked to us children like we were equals.

Mace died when I was 11, but spending time with him in my formative years made a great impression on me. Mace had a way of making everything more fun. I remember him talking back to the TV, calling out Yiddish expletives while we were watching our favorite police shows. He’d interview us on his cassette player and attached microphone as if we were celebrities on a talk show who had important things to say.

I never thought that much about his size or considered the adversity that he had overcome because of people’s prejudices towards dwarfs. I was not conscious of the choice that he made to be a positive person despite being regularly taunted about his size while growing up. Mace built a successful business from nothing, worked tirelessly for charities and relentlessly pursued his hobby of taking photos with celebrities. Mace’s spirit and energy were larger than life — and that is what the people who knew him remember most.

Over the past few years, I’ve had the awesome opportunity of getting to understand Mace’s life in greater depth while researching my memoir about his extraordinary life, “The Little Gate Crasher”. Hearing stories about Mace from people who knew him has allowed me to appreciate Mace’s accomplishments from an adult perspective.

While I was writing the book and would share about it with friends and acquaintances, I was shocked to discover that many people have a prejudice towards people who are dwarfs. When I would start describing my book, someone might say, “Dwarfs freak me out” or “Dwarfs scare me.” I was, at first, taken aback; there was no awareness that their responses were dehumanizing to an entire group of people.

In my research, I uncovered not only the personal challenges that Mace faced, but also the more global prejudice that dwarfs have both historically and currently face. And in addition to attitudinal prejudice, dwarfs face the accessibility challenges that come with living in a world that doesn’t have restrooms and other human necessities built to their size.

I realized what a gift it was that my siblings and I got to know our amazing Great-Uncle and to understand him not as a dwarf, but as a remarkable human being. As parents, we need to make sure that we are educating our children about understanding the wide arrays of differences in human beings.

Achondroplasiac dwarfs account for one per 26,000 to 40,000 births — so most of us don’t know someone personally who is a dwarf. As children, most of us first associate little people with “Snow White” — where the dwarfs are set apart, as their own species — and we don’t gain any sense that dwarfs could be real people we know in our communities.

There are many ways that we parents can talk to our children about people who look different because of their size, so that when they see or meet a dwarf in real life, they won’t have anything to fear.

Be sure to check out lots of fun pictures of my Great-Uncle Mace through his life — come take a look!

About the Author
Gabrielle Kaplan-Mayer is a writer and educator based in Philadelphia. She is pleased to share the release of "The Little Gate Crasher," a memoir of her extraordinary great uncle, Mace Bugen. Other recent books include The Creative Jewish Wedding Book and The Kitchen Classroom. Gabby is a featured blogger for Newsworks Philly Parenting and writes for and edits The New Normal: Blogging Disability. As director of “Whole Community Inclusion” at Jewish Learning Venture, she leads disability awareness training across the Philadelphia Jewish Community. She has also been an educator at Congregation Mishkan Shalom in Roxborough for 18 years.
Comments