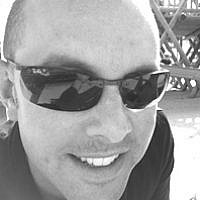 “The world is mud-luscious and puddle-wonderful.” (poetry credits to e.e. cummings)    Well, at least it was at Batumi Rugby Club, on the Georgian coast of the Black Sea, the day before Rosh Hashanah. The Tel Aviv Heat lost their first game of the 2022 Super Cup campaign in atrocious conditions. I doubt e.e. cummings, the avant-garde American poet, would have described the Batumi scrum as “poetry in motion”, but it certainly was effective in the mud. Coupled with some indiscipline amongst the TAH tight forwards that led to two yellow cards in the opening 10 minutes of the 2nd half, and Batumi came back from 0-6 at the break to win 19-11 at fulltime. Watching the game brought back memories of the drenched semi-final in the 1995 Rugby World Cup at King’s Park, Durban (my hometown). South Africa famously held out against a French onslaught on the day (played over a water-logged pitch), and it was a reminder how rugby is played in the elements, and how the elements can influence the outcome.

After the good opening win against Romanian Wolves, which was followed up by a ‘winning draw’ against Black Lion, TA Heat no doubt would have been high on confidence and would have targeted this fixture against Batumi RC to bank some log points, especially as Batumi had faded quite badly in each of their previous games. Personally, I was pleased to note that two Israeli players were in the Starting XV, Omer Levinson at scrumhalf, and Ori Abutbul on the left-wing. Despite the heavy rain and muddy footing, from the outset it was quite an absorbing tactical battle. Running rugby was out of the question, and each set piece was a bit of a lottery, as basic ball handling was clearly extremely difficult. Levinson and flyhalf Chait gave a tactical kicking demonstration, finding grass (or rather muddy puddles) on numerous occasions behind the Batumi defense line, maintaining a clear territorial advantage for TAH during the opening 30 minutes. They were awarded and scored two penalties during this period. Batumi cottoned on to this ploy, and for the final 10 minutes of the half, got into the game, kicking to gain ground, forced penalties on attack, and turned down kicking for posts in an attempt to score a try. The TAH defense stood firm and ended the half 6-0, a narrow margin given the conditions.

Post-game, TAH coach Kevin Musikanth was interviewed sporting sunglasses over his head. I doubt he was expecting the weather to clear in the second half, but heavy rain certainly nullifies the strengths of a team that has a naturally attacking DNA. With the core of the team made up of South African, Namibians, Fijians and Israelis, all used to fast, hard pitches, at half-time the Batumi RC brains trust might have thought to channel the thinking of Eddie Jones for the second half. England’s coach famously invited Georgia’s ‘biggest, ugliest, strongest scrum pack in the world’ to train with the English in 2018. A testament to the traditional strength of Georgian front row forwards. (I digress, but Eddie Jones was not wholly correct. Order of adjectives matter, and technically his compliment should have read ‘ugliest, biggest, strongest scrum…’, but who am I to correct his grammar?) Anyhow, given the weather conditions, the tactic of scrum until they succumb was not a bad choice.

From the whistle after the break, TAH were penalised at the breakdown, and were on the backfoot. Batumi kicked for touch, kept control of the wet ball, and let the Heat’s indiscipline cause the penalty count to mount in their favour. They continued to eschew kickable penalties for scrums, putting the TA Heat under the pump. Two yellow cards against lock Van Vuuren and then prop Theys in a space of 4 minutes decimated the forward pack, and Batumi scored a penalty try from a collapsed scrum. A charged down kick led to an attacking lineout for Batumi right on the Heat line, and they scored a second try with Van Vuuren having barely returned to play. At 6-14 down, the Heat were staring down the barrel.

But they regrouped, finally forced a penalty against Batumi (the first one they conceded in the 2nd half was almost on the 60-minute mark), and one of their back-line players was subsequently yellow carded for pushing off the ball. Back to full strength, Chait found a good touch 10m out, and the forwards backed themselves from the lineout, winning it and mauling towards the line, with replacement hooker, Muller controlling it well from the back and going over for a try.

The conversion from a wide angle was missed, and at 11-14, the final quarter was delicately poised. But the incessant rain and mud and elements had levelled the playing field, with Batumi adapting better to the adverse conditions. They continued to win some key moments in the scrums to keep the play in the Heat half, and this is where the game was ultimately won and lost. In fact, the Batumi front row played the entire game, with their hooker and tighthead only being substituted in the 80th minute. A third try from a maul late in the half sealed the deal, as Batumi ended strongly, the better team on the day in the mud.  “i carry your heart with me (i carry it in my heart)’’ – apart from an injury-forced substitution to their no.4 lock in the 37th minute, all the Batumi forwards carried tirelessly, and they all showed big heart as they all played nearly the entire game. The final score and losing margin of 8 points meant TAH just missed out on a bonus log point, the epitome of an exceptionally tough day in the boggy office.

After the first round of matches away on the road, a win, a draw, and a loss place TAH in 2nd spot in a tight Eastern Conference. “Lovers alone wear sunlight.” The Israeli public should show some love for TAH and turn up in their droves to support them at their three upcoming home games over the second round. Most likely sunshine and the mild Israeli autumn should guarantee to make these games a running rugby spectacle. First up is the Black Lion on Sunday 16 October. The game starts at 14:00, a perfect way to end the Sukkot holiday. Keep posted to telavivheat.com and their FB page for updates about ticketing.

About the Author
David is a proud supporter of the Tel Aviv Heat Rugby team, Israel's first professional rugby franchise. He may have been a rugby scribe in a former life. In his current avatar, he is a project manager at Hanson Israel, a subsidiary of the Heidelberg Materials Group
Related Topics
Related Posts