It was ultimately much ado about nothing, but who would have thought Sephardic disco on a three hour loop, a falafel food cart, and overpriced, very limited beer could have caused such a tantrum?

A lot of people who attended Tel Aviv-sur-Seine apparently. Including yours truly. Actually I thought, if people want to show up for skull-shattering matkot games all day be my guest, I’ll show up for the DJ.

After last year’s demonstrations it was obvious from the word go that the municipally sponsored riverside event would generate controversy. There was a lot of security (500 police officers), traffic was diverted over the bridges, and belongings were thoroughly checked. Beyond the extra security measures, nothing you wouldn’t have expected at a regular concert.

Now, like I said, they ran out of expensive beer pretty early and there was absolutely zero humus. Lacking my two motivating factors, it was still a good time, a diverse multi-racial and multi-religious crowd. It rained half the time, the music was absolutely awful and people genuinely wanted to have fun.

Everybody was in bed by ten. 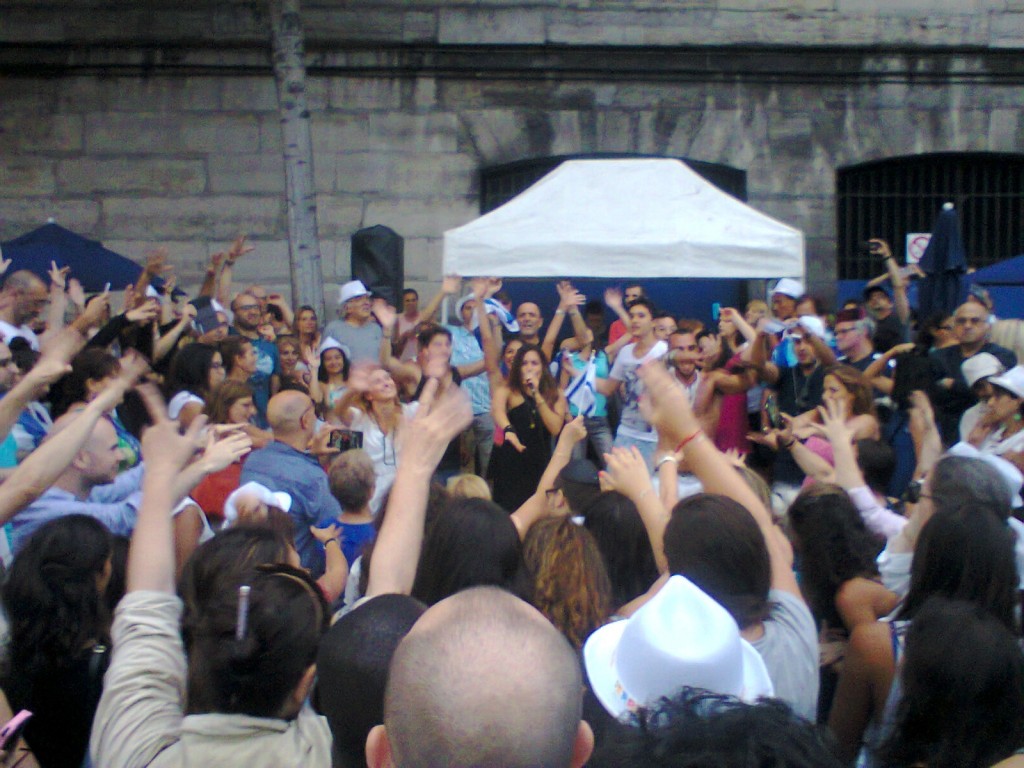 The Gaza-sur-Seine counter event took place a little further down the river, separated by a security cordon, and a few hundred yards of wet concrete.

I didn’t go, largely because I would have to pass through security twice. And while the beer was expensive at Tel Aviv-sur-Seine, there was zero beer at Gaza-sur-Seine. 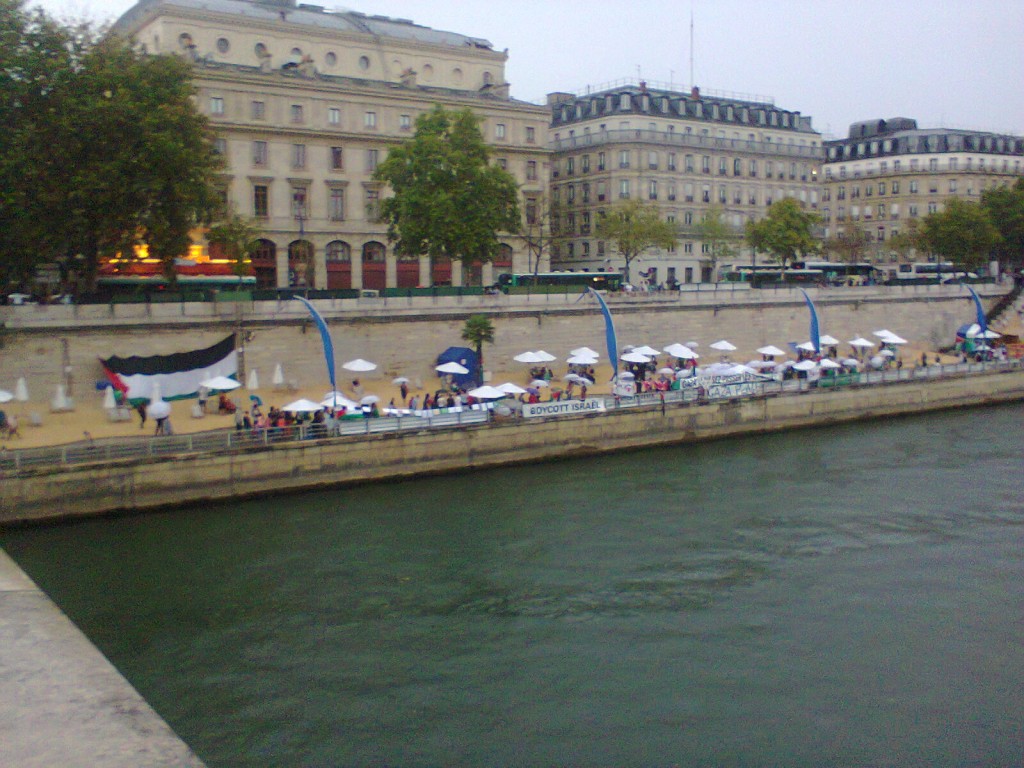 There was actually zero anything, and I am sure a few Palestinians participated in organizing the event, but it felt like a missed opportunity to showcase something else about Palestine and Palestinians other than mock dead bodies on the sand.

Tel Aviv-sur-Seine was a cultural event, and by cultural I’m being awfully generous, Gaza-sur-Seine could have been just as well. Three-thousand miles from the conflict, associations could have gotten together to promote peace, cultural exchanges, and hopefully better music.

Opportunities to bridge the gap, albeit symbolically are actually pretty common, it’s just that no one seizes them It’s all about the politics, always about the politics, and it’s annoying. Not because larger issues don’t have their place in discussion, but because there is a reality behind the conflict, there’s people, and beautiful things, an identity beyond the body count.

The single narrative isn’t helping Palestinians because their humanity is a lot more than our vicarious emotional meltdowns over war.