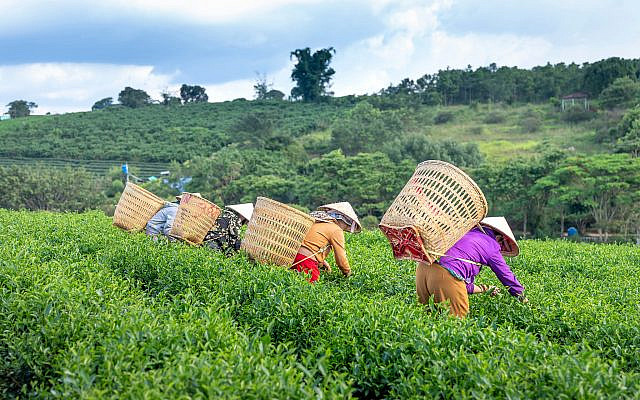 The Vietnam war is long over and forgotten. The Vietnamese were able to wrest their country back from the American occupation. I visited the now reunited country a few years ago and found a delightful, welcoming people who did not seem to bear a grudge against the former occupiers.

Looking for a way to brighten up the rather unpleasant tang of my much-used coronavirus mask, I came across the words of a poem – To Whom It May Concern, perhaps better known as Tell me Lies About Vietnam.

So chain my tongue with whisky
Stuff my nose with garlic
Coat my eyes with butter
Tell me lies about Vietnam.

While the idea of a large whisky had its appeal, garlic was not to my taste.
This poem, written by Adrian Mitchell back in 1968, started with a rather foolish idea but went on to show that the late and unmissed Mitchell had no idea what he was talking about.
Tell me lies about Israel.

Unfortunately, his absurd instruction has been taken quite literally by many, including the UK’s Sky News.

As one of many examples of their anti-Israel at all costs policy, in 2019 they published a headline saying that a “Pregnant Palestinian woman and baby were killed in Gaza violence.” The item claimed that the incident was due to “a fresh round of violence between Israel and militants in Gaza.” Only at the end of the item did they mention that their deaths were the result of a misfiring of a Palestinian rocket.

Another enthusiastic purveyor of lies about Israel was Hachette UK, whose company Hodder Education, published a book for school children aged 11-14 with the impressive title Understanding History: Britain in the Wider World, Roman Times – Present. A section of this book, “What caused the 9/11 attacks?”, dealt with the 2001 terrorist attacks on the Twin Towers. After describing the creation of the state of Israel in 1948 it goes on to ask students to “reflect” on “how it could be argued that the creation of Israel was a long-term cause of the 9/11 attacks”. Yes, Israel and the Jews are to blame for 9/11.

Not to be left out, Pearson, a UK education company published a book titled The Middle East: Conflict, Crisis and Change 1917-2012, for students taking international GCSE exams in History. The book was found to be full of lies, errors and misrepresentations about the Israel-Palestine conflict. The book describes the 1929 massacres of Jewish communities by Arab mobs as simply “Arab / Jew clashes”. There were some Arab losses in this “clash”, but these were a result of British soldiers attempting to restore order.

Yes, call the massacre of ancient Jewish communities a ‘clash’, and tell me lies about Israel.